The designer’s dropping a collaboration with H&M Home April 16. 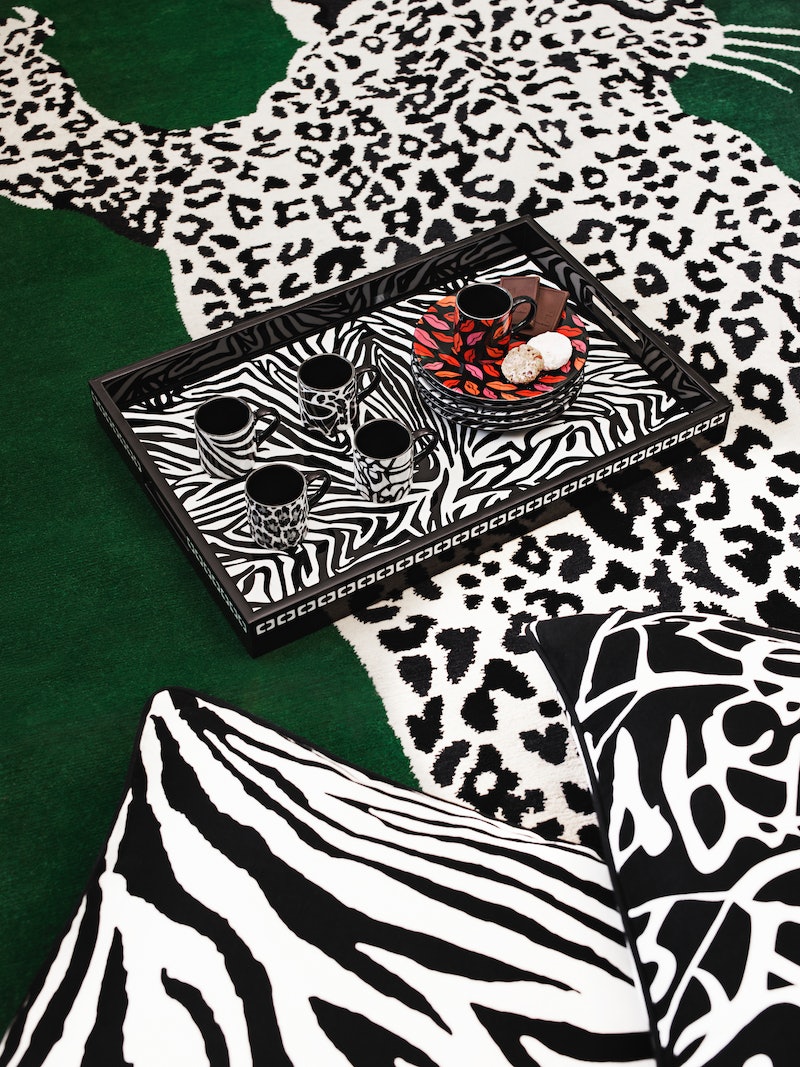 Within the fashion world’s never-ending trend cycle, there are few pieces that truly stand the test of time. Those that do — i.e. the designs that are classic enough to stay in style year after year — often become icons. One of the best examples of this, of course, is the Diane von Furstenberg wrap dress. First introduced in 1974, it’s become one of the most well-known garments in the world, still standing strong as a staple in people’s closets everywhere after close to five decades. In fact, it’s so celebrated that in 2021, it’s influenced an entire line of decor: aka the Diane von Furstenberg x H&M Home collection, which is set to launch on April 16.

The collaboration — which marks the first time H&M Home has partnered with an international fashion designer — includes 31 items total, and aims to bring some of DVF’s wrap dress prints to life once again. Just this time, it’ll be in interiors. And don’t worry — it won’t hold back on any of von Furstenberg’s signatures. True to her style, the collection will feature a bevy of bold patterns and colors, many of which you’ll likely recognize.

“The prints in the H&M Home collaboration are very iconic,” said von Furstenberg herself in a press email. “The ‘Diane’ print I created 20 years ago when I started the company, while the lips print comes from the painting Andy Warhol did of me. Personally, I love animal prints — zebra is very DVF — and also vibrant orange and pinks, but monochrome black and white is very chic, too. The whole collection is fabulous, and I can’t wait to share it with everyone.”

When it is shared on April 16, you can expect a range of products from the new line. Those will include glass vases, wool blankets, candles, cushion covers, trays, a robe, and more. The goal of these, says von Furstenberg, is that “one of the pieces will hide in the intimacy of your life and your home. And when you look at it, it will wink at you — and you will think of me.” With statement items such as these, that will no doubt be the case.

As the retailer goes on to explain, they’re also meant to echo the designer’s ethos. “Diane von Furstenberg’s prints and patterns are timeless and capture a boldness and confidence that we want to use to inspire our customers,” said Evelina Kravaev Söderberg, head of design and creative at H&M Home. “Her wisdom and message of empowerment offer something truly uplifting.”

You’ll be able to shop the H&M Home collaboration online and in select stores on its launch date — and it’s probably smart to start your shopping immediately upon its drop, given the designer’s icon status and the retailer’s often-sold-out products. Until then, you can start dreaming of the next design collaboration, because according to the retailer, it’s *possible* this isn’t the last.