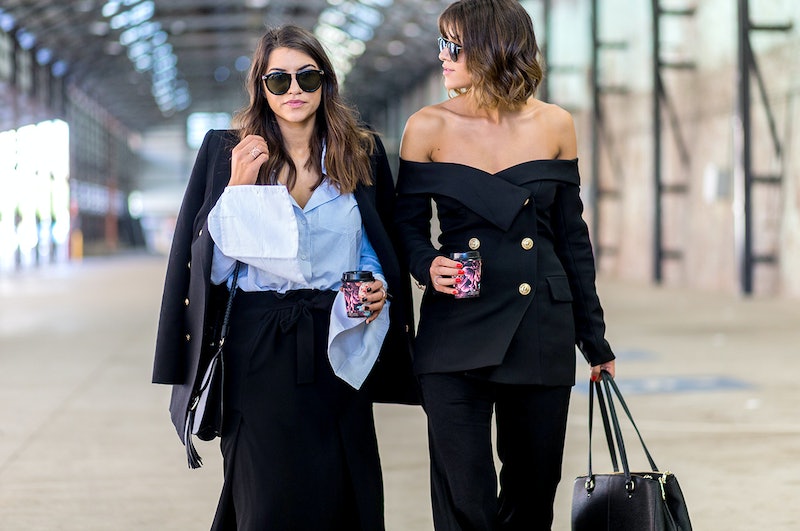 Forbes recently released its rankings of the best big cities for jobs in 2016, using employment data from the Bureau of Labor Statistics from 2004 to 2015. The resultant rankings are based on growth trends, future promise, and the city’s current momentum. We weren’t shocked to see Los Angeles, TZR’s hometown, absent from the list, but some of the cities that made the cut did take us a bit by surprise. Is it time to consider a move? Click through to find out.

The health services sector is massive in Salt Lake, and the city is also known as the center of banking and finance for the region it represents. Tourism is big business here as well. If you're in need of a little incentive to gear your job search towards Salt Lake City, consider the fact that Realtor.com recently named it "The Trendiest U.S. City Where You Can Still Afford To Buy A Home."

Los Angeles may not have ranked on this list, but this nearby neighbor did, due largely to recent growth in its tech sector. Other major industries booming in the area include government, retail, education, and manufacturing.

Atlanta is home to a ton of Fortune 500 companies, include Coca-Cola, Home Depot, UPS, and Delta.

San Antonio's population has grown 39% since 2000. It's home to a large military population, and tourism is also big in the area while medical and biomedical businesses now make up the most significant part of the city's economy.

Behemeth companies such as Amazon, Nordstrom and, of course, Starbucks are all headquartered in Seattle.

Portland has become a catch-all for tech companies looking for lower rents. The other big industry in the area may surprise and entice you—breweries are big here. Nike is also headquartered in Portland.

It might surprise you to know that Raleigh is a tech hub, and it boasts some of the lowest housing costs of any comparable information sector-heavy areas.

Charlotte, which we recently suggested you consider for your new home, is the banking capital of the Southeast and has seen an influx of companies fleeing more expensive cities like New York and Los Angeles.

Tech sector growth accounts for much of Denver's success in terms of employment stats in recent years. Other major industries in the area include aerospace, aviation, financial services, and energy. Chipotle is also headquartered here.

Excellent employment prospectives are just another reason we suggest you move to Austin ASAP, which is also experiencing significant tech sector growth. Apple, Facebook, Google, eBay and more all have offices here.

If you live in Dallas, you're unlikely to run out of novel employment options, as the area has seen a steady stream of new companies, like Toyota, move in. American Airlines and Southwest Airlines are headquartered here.

According to Forbes, Americans are migrating to the Sun Belt once more, which accounts for Nashville's strong performance on this list. The area is also "seeing a payoff from the corporate headquarters and manufacturing jobs they have lured from higher-cost metro areas like Los Angeles." Vanderbilt University is Nashville's biggest employer, but Amazon has offices in the area as well.

Orlando is also benefitting from Sun Belt migration. "Orlando’s resurgence has been driven by growth in professional business service jobs (up 26.8% since 2010) , construction-related employment (up 11.5%) and by its largest sector, hospitality, up 22%. Much of this recent growth has come from domestic migration, which has accelerated two and half fold since the end of the recession."

This area's prospects are also due to the tech industry, as companies like eBay are headquartered here. 85% of new job growth in the area comes from companies that are less than 10 years old, which means the area is heavy on entrepreneurs. Due to the high rates of engineering and other tech opportunities in the area, San Jose households enjoy the highest rates of disposable income in the nation.

San Francisco can likely thank the tech industry for allowing it to claim the #1 spot on this list, as everything from Airbnb to Facebook to Google is headquartered in the area. Other big industries in SF include tourism and financial services, and fashion companies like Gap, Inc and Levi's are headquartered here.