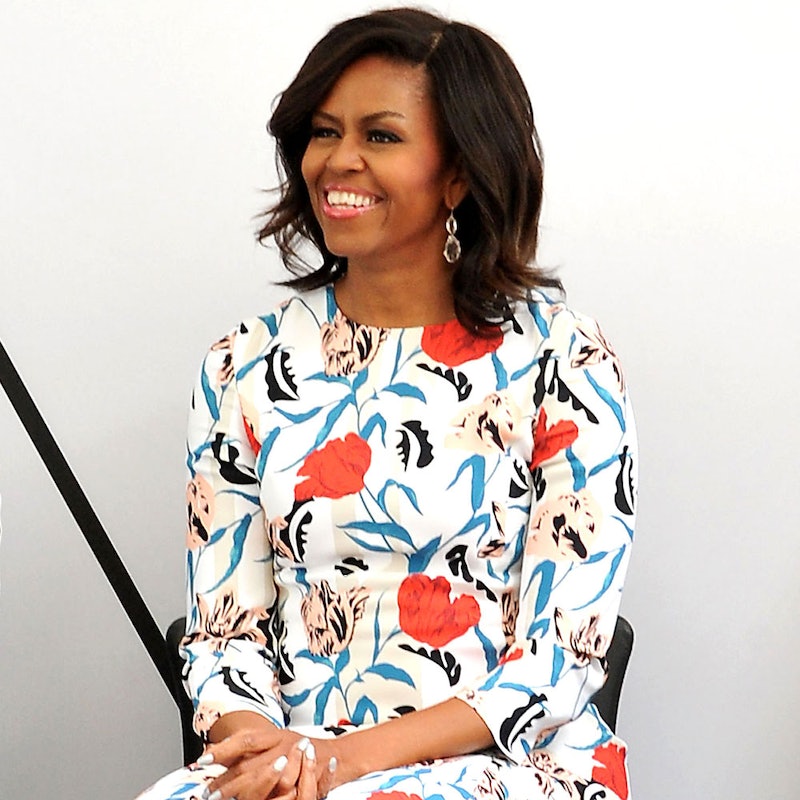 Mom-in-chief, role model, style icon—these are only some of the words we use to describe First Lady of the United States Michelle Obama. As one of the country’s most inspirational figures, she’s launched two education initiatives, won standing ovations at speeches and made headlines for her impeccable fashion instincts. And now that she’s preparing to depart the White House (cue tears everywhere), our FLOTUS decided to reveal a few things about her eight-year tenure with husband—and other half of #couplegoals—President Barack Obama.

“Any First Lady, rightfully, gets to define her role,” she said in an interview with Vogue. (She graces the magazine’s December cover.) “There’s no legislative authority; you’re not elected. And that’s a wonderful gift of freedom.”

Michelle, a Harvard-educated lawyer, used that opportunity to create the Reach Higher and Let Girls Learn programs as well as start a public health campaign called Let’s Move! to solve the epidemic of childhood obesity in America. But the First Lady also likes to have fun—she’s appeared on James Corden’s wildly popular Carpool Karaoke, established a social media presence and received accolades for her thoughtful and impactful designer choices, from that state-dinner Atelier Versace when entertaining the Italian prime minister to the all-white Brandon Maxwell gown following Hillary Clinton’s DNC acceptance speech.

So what guides her fashion selection? “It all boils down to comfort level: If I’m going to make you comfortable, then I have to be comfortable first,” she said. “So my first reaction isn’t ‘Who made this?’ But ‘Let’s try it on. What does it look like? Oooh, that’s cute. Oh, wow. I never thought of wearing something like this. Let’s put a belt on it. I feel gooood in this.'”

While she’s admitted to feeling sentimental about leaving (so long, South Lawn and Washington Monument), Michelle explained that she’s ready to move on from the White House. “I think our democracy has it exactly right: two terms, eight years,” she said. “It’s enough. Because it’s important to have one foot in reality when you have access to this kind of power.”

Ready or not, we’re going to miss you, FLOTUS.