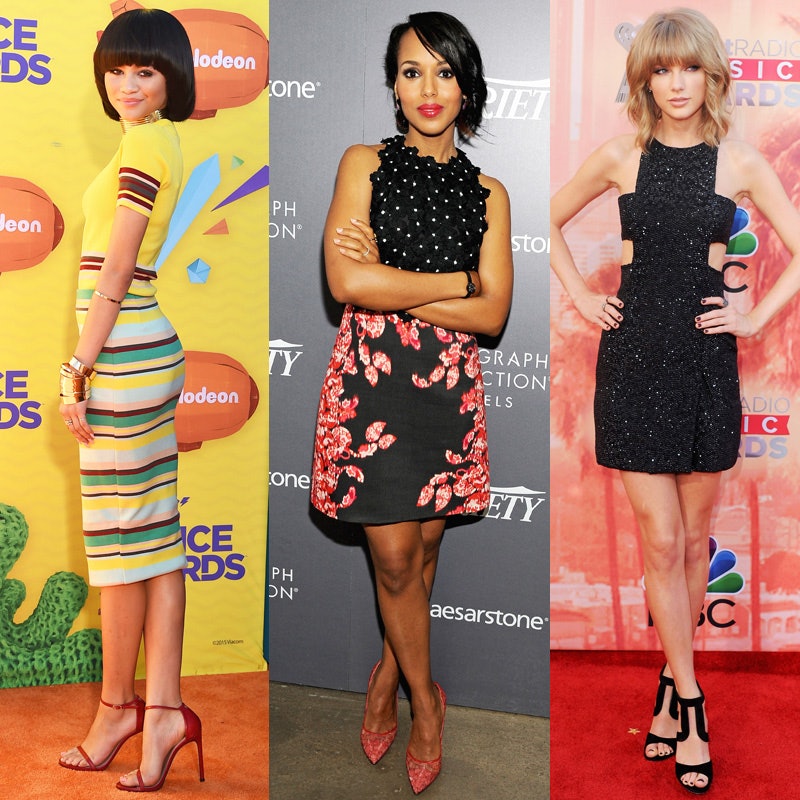 Stars of all ages took to red carpets from Los Angeles to London this weekend, starting with the bright young talent at the Kids’ Choice Awards and spanning to glamorous fashion events including the 2015 Mid-Winter Gala presented by Dior. From embellished minidresses to dramatic, floor-sweeping frocks, these are 10 must-see ensembles from the weekend.

Kate looked stunning at Dior's 2015 Mid-Winter Gala, choosing a strapless column gown from the designer and finishing the look with a matching red lip.

Suki took the plunge in a tiered black gown for Dior's 2015 Mid-Winter Gala.

Another award show, another minidress—Taylor showed off a leggy look (the megastar's signature style MO) in this black LBD by Kaufmanfranco at the iHeartRadio Music Awards.

Zendaya looked sweet in a striped DKNY ensemble, which was fresh and age-appropriate for the 18-year-old crooner.

We're loving the sultry sheer paneling of Olga's Julien Macdonald dress, which she wore to the Jameson Empire Awards in London.