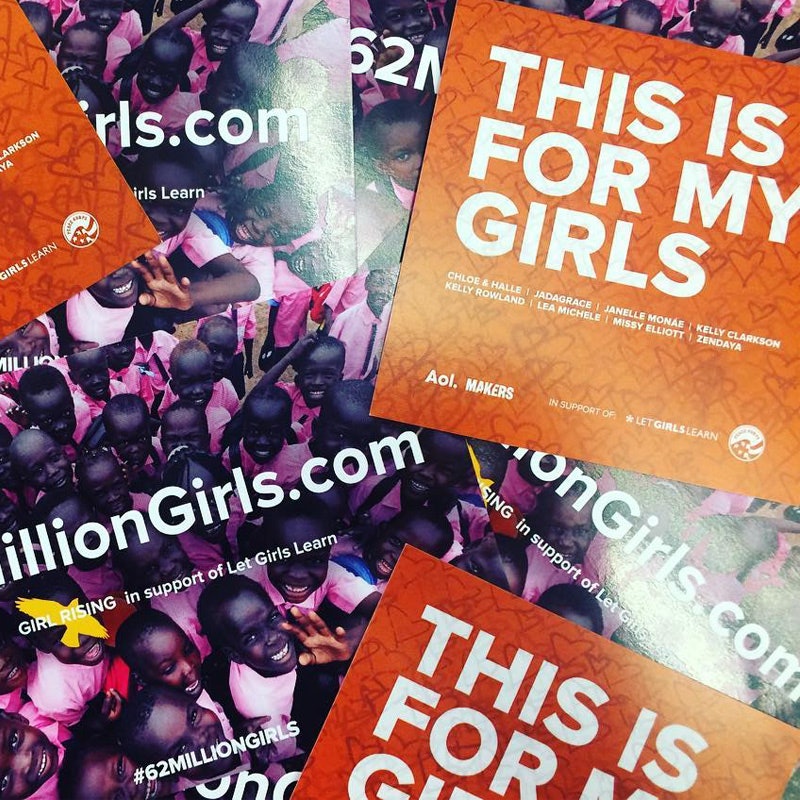 An impassioned advocate for global girls’ education, Michelle Obama penned an essay for Lenny Letter describing at length why the cause is so personal to her. In it, she recounts not only the obstacles many females face to even get themselves to school on a daily basis, but touches on the greater societal issues of women not being regarded first and foremost for their minds—how bodies and the physical appearance reign supreme, and how in many cultures, their purpose as a young teen lies in being suitable for marriage and having children of their own.

Her words struck a chord with one line in particular: “Think about who — and what — you would be today if your formal education had ended after middle school and you knew only what you’d learned through eighth grade.” How’s that for a mic-drop moment? That single notion is so relatable, conjuring up such personal recollections of our own educational journeys and how stopping at such a tipping point would have done indelible harm to our development and growth.

Going on to share her efforts for Let Girls Learn, the nonprofit organization she started with husband Barack, she also called for action from the female community to join the #62milliongirls—the staggering number of females who are denied the right to education—movement by any means available, whether by spreading the word, making a donation or spearheading some other creative contribution (Zendaya, Missy Elliot, Kelly Clarkson and Janelle Monae collaborated on a new song benefitting the cause).

As we see it, FLOTUS succeeded in what she set out to do with this testament—making us thinking critically about the impact of girls’ education (or lack thereof) and refusing to accept living in a world where women are held back from pursuing anything other than their truth, passions and dreams.

For more information on the cause, visit https://www.whitehouse.gov/letgirlslearn and https://62milliongirls.com/.