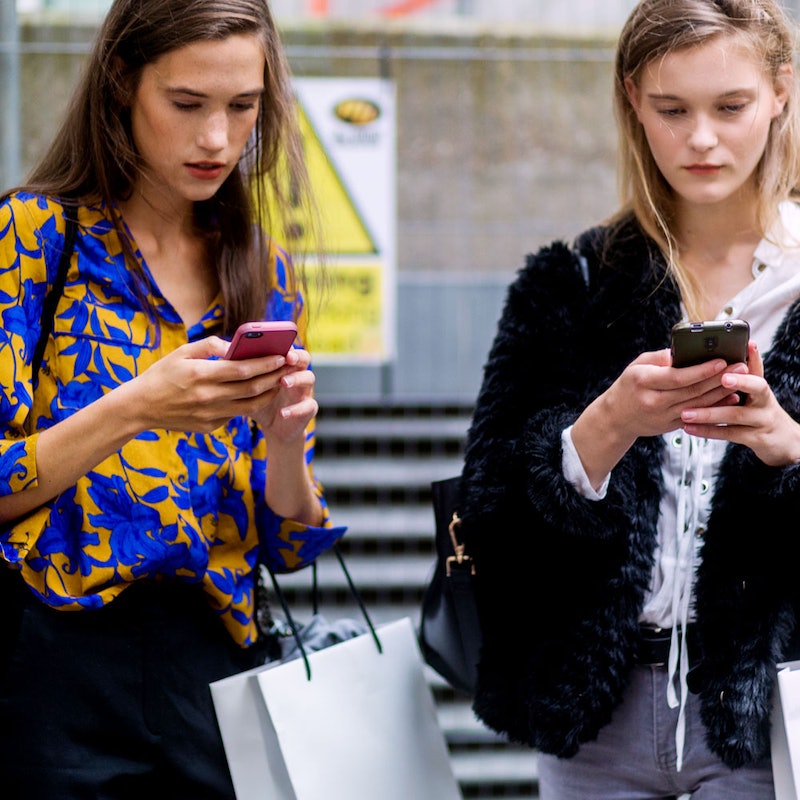 I am happy to admit that I tend to have flair for the dramatic. I’m all about slightly exaggerating a story for delivery purposes, more interested in pleasing my audience than I am (at times) with the 100-percent, potentially boring truth. However, the following story holds no exaggerations and yet you still may be tempted to call me “dramatic.” All I can say is that whether or not you believe me, the experience I’m about to detail for you was traumatizing: I lost my phone for 24 ENTIRE hours.

Ok, ok, it was only 24 hours, but let me be the first to tell you in case you’ve never given it any thought: Your phone is a whole lot more than a device for speaking to others. In fact, that may be its least important use by far. After leaving my phone in a friend’s car and not realizing it until he had driven away (and no it wasn’t an Uber), I quickly went to call him to tell him he had my phone. Oh, wait, I didn’t have a phone. So instead I went to text him. Nope, that’s not going to work either. Email? I left my laptop at the office. Suddenly I felt like I had taken a time machine back to the early ’90s.

"I had left my car at the office that day because I went to a concert after work and intended on Ubering the next morning, and my phone is my alarm clock. Things were getting bleaker by the second."

By the grace of G-d (or maybe Apple), I remembered my old laptop, dusty and ignored in a corner of my apartment, traded in for a smaller, lighter and more adorably rose-gold version of itself. I dug it out, charged it and drafted an email to said friend, asking him to check his car for my precious device and let me know when he got this smoke signal. To my great misfortune, he is one of the few people I know not attached to his phone or email so I genuinely didn’t know when he might read my note. I was starting to feel defeated. I decided it was time to go to bed and things would be better in the morning once I got to work and could access my texts via my “real” laptop.

And that was when the next two hits came: I had left my car at the office that day because I went to a concert after work and intended on Ubering the next morning, and my phone is my alarm clock. Things were getting bleaker by the second. I opened my old laptop again and typed another message, this time to a good girlfriend.

“Dear friend, I need you to Uber me to work tomorrow. Don’t ask. THANKS!” Luckily, she in fact is attached to her email and phone so she responded back in the middle of the night, “No problem.” I decide that the friend you can call to Uber you to work is the new, 2016 version of the “It’s the friends you can call up at 4 a.m. that matter” quote. I promise to Venmo her (not til I get my phone back obviously) and attempt to go to sleep to no avail because I’m too worried about not waking up sans alarm clock.

“Dear friend, I need you to Uber me to work tomorrow. Don’t ask. THANKS!”

I’m up at 5 a.m. because I never really slept, so I check my email to find that there is still no return email from male friend. I’m starting to wonder if I will ever see my phone again.

Will all those photos from my recent Europe trip be lost forever? Sigh. I can’t mentally go there yet. This is the part of the story where it is key to mention that male friend lives a good hour from me in a suburb of LA. Getting my phone back—no matter how you cut it—is going to be no easy task.

Once at work, everyone is filled with suggestions: “Once you reach him, send an Uber for the phone!” I say, “Great! WITH WHAT PHONE?!?!?!” It’s the modern-day "chicken or the egg." I’m starting to lose it. I get through the day by walking around with my computer at all times, making sure to never miss an email or a text. I annoy a few people in meetings (looking at your phone under the table is far more discreet than plopping your computer in front of you for everyone to see), but alas, I make it through the workday.

"I silently wonder if people were simply more reliable before cell phones."

Finally, I reach male friend through text on my computer (for the record, there is still no response to the email), and he says he will be home after work if I want to come grab the phone or have him meet me. Feeling too guilty to have him drive to me when it’s my own irresponsibility that got us into this mess in the first place, I tell him I will come to him. He is meeting friends for drinks post work though, so I need to call him from my office phone before leaving so he knows where to tell me to go. Then, he needs to stay there until I arrive. No changes in plans allowed for a gal without her phone. I silently wonder if people were simply more reliable before cell phones. Did people not break plans until the late ’90s? It’s too much to think about. I need to stay focused on operation recover my mobile.

I call him from my desk phone, but he doesn’t pick up. Three consecutive calls later, he does. He’s at a bar. I check traffic on my computer (when was the last time you went to MapQuest? Been a while, huh?) and tell him I’m going to be more than an hour. He says he’ll wait. I feel anxious.

I begin the long, arduous drive with only printed-out MapQuest directions to keep me company (my phone is also my GPS, which I soon discover is arguably its most important and essential role). The drive to his hood is long and quiet (my phone is also my stereo) and entails more than an hour of stop-and-go traffic even though it’s past 7 p.m. I would have abandoned the mission several times over if there had been any way to reach him. Of course, there is not. I venture on. Once I get to his neighborhood, I realize I’ve somehow veered from the printed directions, and now I have absolutely no idea where to go other than that he’s at a bar on 2nd street. Or maybe avenue? Road? I actually have no idea.

"I begin the long, arduous drive with only printed-out MapQuest directions to keep me company."

In my attempt to find him, I do no less than every single one of the following: Stop by a Subway and a 711 to ask for directions; ask one homeless person for guidance; do the same with two drunk people; stop a police officer and ask him for help; go to a bar and cry until one of the patrons offers me his phone; go to a Westin and cry until one of the valet guys reluctantly hands over his phone; and then drive to four—count ’em, four—different 2nd streets until I find the correct one. After one very long hour of being lost and feeling exasperated, annoyed and at times a little scared, I finally find male friend. But the bar he was at closed early so he’s been standing outside it waiting for me, knowing if he leaves, I’m literally doomed. He looks defeated. I think he’s been sitting there for a while. I look defeated too. Phone finally retrieved. Deep breath finally taken. Friendship irrevocably damaged? Probably not, but I don’t think he’ll be giving me a ride anywhere anytime soon.

Moral of the story: Smartphones are so smart they’ve made us completely and utterly reliant on them. So much so it’s actually a little scary. They’ve made us helpless. And more than a little unreliable. The realization of the number of roles my phone plays in my life was so disconcerting, the entire experience made me think I should try to go without my phone more often, you know, just to prove I can. In fact, I think I’m going to do that—right after I send this next text…