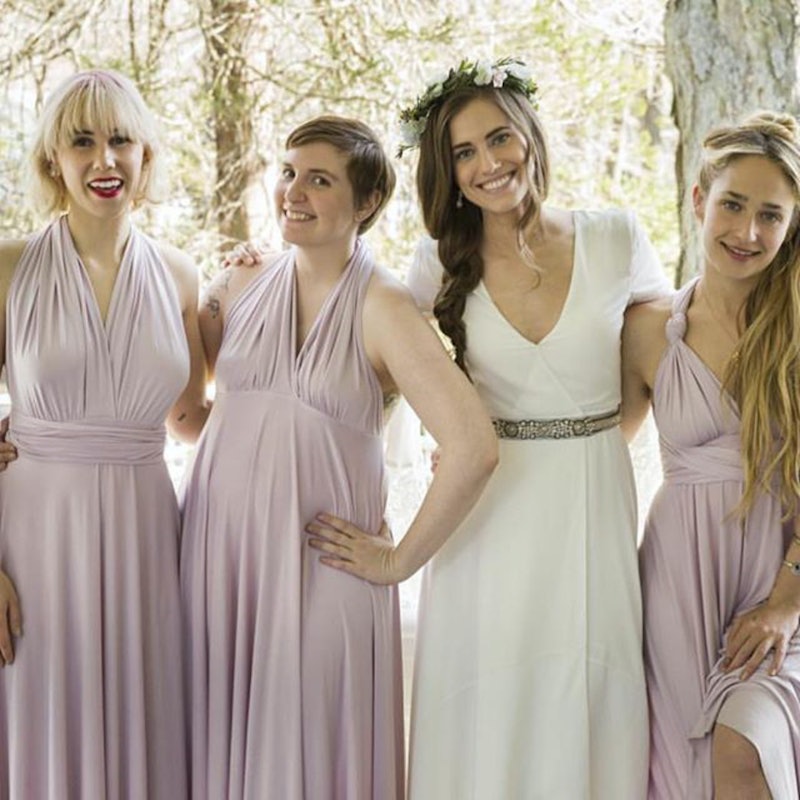 The second-to-last season of Girls premiered on Sunday night, reuniting us with our favorite privileged white foursome since Sex and the City. If you’re a Girls fan, you’ll likely watch the new season whether it gets good reviews or bad (note: they’ve been mixed), and since we fall into that category we had no problem finding plenty of reasons to fangirl out about its latest chapter. Here are five things we’re buzzing about from the season debut—and what they mean for the series.

We know we should hate this burgeoning relationship, but we can't help but love the anticipation of what's to come with regards to this forbidden romance.

Dating the nice, normal guy has its own particular set of challenges, and we can't wait to watch Hannah's inevitably relatable stumbles through them.

We've never trusted Desi, for obvious reasons, but the premiere gave us even more cause for concern. Meanwhile, it's clear that Ray is anything but over Marnie, so it will be interesting to see whether or not he actively pines for her or lets her go in favor of someone we have yet to meet.

To be honest, Shosh has never been our favorite character, but we have to admit to being intrigued by the episodes filmed with her in Japan. Though we didn't get any of that type of content in the premiere, it was teased to us through Shosh's unbounded enthusiasm for her new home (and through Zosia Mamet's Instagram).

As we get older, the friendships we made in our early 20s (or earlier) tend to strain under the pressure of our separate—and often very different—adult lives. Though we'd all like to imagine ourselves getting brunch with our besties well into our 40s, maintaining these relationships as we grow can be a challenging and emotional endeavor. These four girls began their friendships as very different people, but as they move into increasingly different circumstances, we look forward to watching them evolve in a way that feels more true-to-life than made-for-TV.