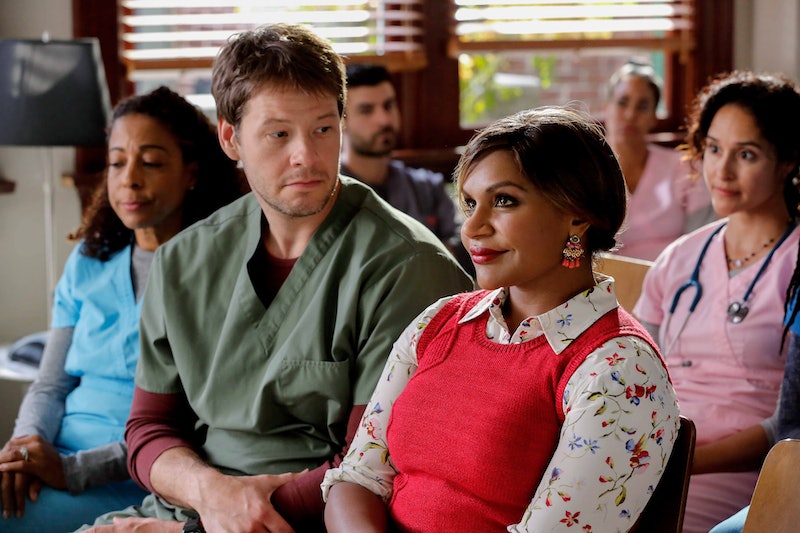 We’re lucky to live in a world in which women are increasingly portrayed with actual accuracy in pop culture, mostly because real women are now (and, finally!) the ones creating the content in which these fictional women are featured. Serving as the perfect example of this new phenomenon is The Mindy Project‘s Mindy Lahiri, who is about as relatable as they come—even in her most outlandish moments—as a woman trying to balance a challenging and fulfilling career with an ever-more-demanding personal life. Here, 5 times the show has nailed its portrayal of the working woman.

Season 4 of The Mindy Project saw new-mom Mindy faced with pressure to prioritize her family over her job, but the role of housewife didn't exactly fit. She thinks it'll be fun to stay home with Leo until Danny tells her she's also responsible for cooking, cleaning and assorted other housekeeping. “I can’t clean,” Mindy says. “I was born in this country, and I’m too lazy.” She can deliver a baby, but she can't clean the stove—a conundrum to which we can totally relate.

When Mindy Makes Her Co-Worker Spy On An Ex

Generally, this happens at the office and involves some form of social media—who hasn't asked a colleague to "Insta-stalk" someone on their behalf? Mindy took this phenomenon a step further, however, when she and Tamra pretended to be underwear saleswomen in order to meet the ex-fiancé of Mindy's latest fling. We aren't at all above going to such lengths to get the inside scoop on our love interest du jour, though we are with Mindy on this one—"If security comes, I'm gonna run. I cannot get tased again."

Mindy loves her job as an OBGYN, and she loves her fertility practice, and she loves "Later, Baby" and she loves Leo. As it turns out, however, this is a lot to take on. "I hadn't really thought about coming back to two full-time jobs and raising a baby," she tells Morgan. When the stress gets to be too much, and she accidentally douses Jody in breast milk out of frustration, she wonders why she's bothering at the office at all when there's someone at home who "loves it when I squirt breast milk in his face." On the most challenging of work days, every woman can relate to some version of this sentiment—with or without the bodily (mal)function.

When Mindy Dates More Than One Co-Worker

When your life is your work and your work is your life, co-workers are the only people you ever see—it's a small (sometimes, uncomfortably so) dating pool. Mindy learns this the hard way when she swaps Danny for Jody and then Jody for Danny, and though she recently decided neither of them were right for her, we suspect we haven't seen the last of this workplace love triangle. After all, she still looks at Jody "the way she looks at cookie dough," an expression of desire with which we're all too familiar.

When Mindy Feels The Pressure To Be Perfect

"Every time you disagree with something that I do, it's a referendum on my character," she tells Danny. "If I want to go to work, it means I'm a bad mother. If I want to have a second glass of wine, it means I'm out of control. In your eyes, every single thing I do is more evidence that I'm a bad person. I thought I made good decisions..." You do, Mindy, especially when it comes to having that second glass of wine.