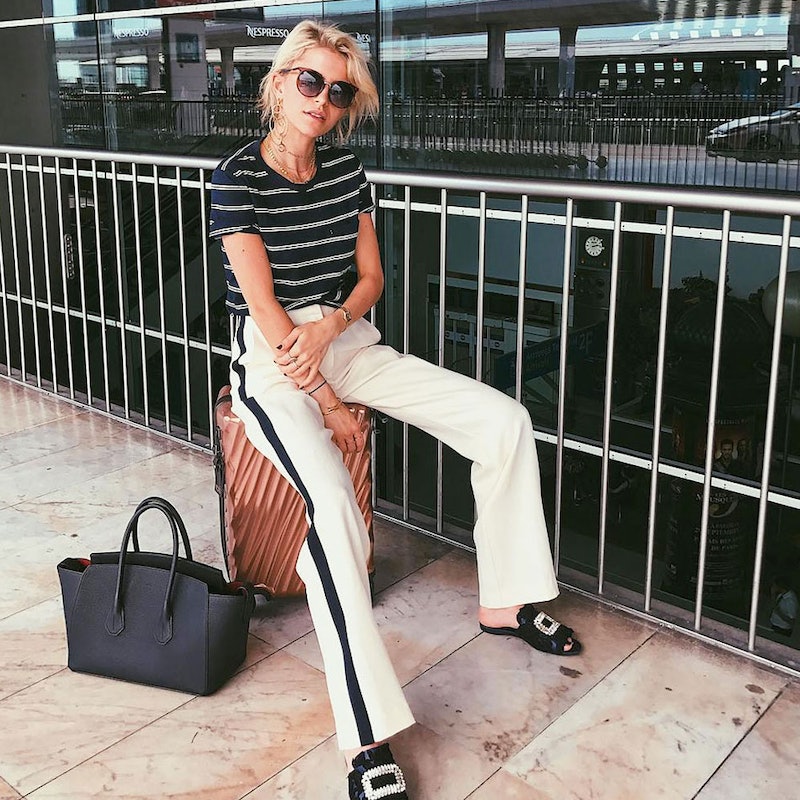 Layovers are fun, said no one ever. From watching the clock tick toward another century to locating a comfortable seat that isn’t ridden with crumbs, there are a plethora of reasons any sane person would prefer a nonstop flight. But just because you’re stuck for what feels like infinity doesn’t mean you have to start pulling out your hair. In fact, a handful of airports around the world offer shops, restaurants and services that can make you feel like you’re at a three-star resort. Okay, that might be a stretch—but if you’re forced to linger in one of these way stations, chances are your journey will be nearly as fun as your destination.

The 10 Coolest Airports In Which To Get Stranded

Best For: Limiting your layovers

Why: Currently serving 293 destinations, the airport has the most direct routes in the world. You’ll never have to worry about your bags getting lost on the journey.

Best For: Ensuring you're broke before you get to your destination

Why: A personalized shopping lounge with accredited stylists and tailored consultations. Oh, and did we mention the World's Most Connected Mirror that allows you to get real-time social media feedback on your finds? You look fierce, girl—get that dress in two colors.

Why: When The Circle opens its doors in two years, this place will be the hub of all things business, with modular offices and campus-like spaces that'll make work feel more like play.

Best For: Pretending you're on the streets of Japan

Why: The shopping center is divided into two streets, Brick Street and Lantern Alley, the latter of which gives off ancient city vibes that'll have you taking all the pictures. Nobody will ever know you never left the airport.

Best For: Escaping the stresses of real life

Why: Jet-lagged? Nab some shut-eye at the Airport Hotel, which is as self-explanatory as it sounds. Need to get the blood flowing? There are squash courts and an indoor swimming pool for that. And if you have cash to spare? Yes, the Au boutique sells gold (and diamonds). Welcome to Qatar.

Best For: Getting your meal fix

Why: From crawl-worthy food court options to an offshoot of a Michelin-starred local spot, it’s no surprise some residents take trips to the airport just to eat.

Why: Travelers have reported that Terminal 2 is home to not only the most comfortable seats in the airport (some are designed for overnighters in need of a nap), but also free coffee and tea between gates.

Best For: Reinforcing the importance of cultural heritage

Why: Nobody understands the melting-pot metaphor better than this airport's architects. With folk performances and a Korean culture museum, Incheon will leave you with more knowledge about Korean history than you have about your own country.

Why: The circus act that is squeezing into an airport restroom and plopping onto a cold (not to mention, sprayed) porcelain toilet doesn't exist here—think heated seats, NBA-player-wingspan-size cubicles and an overall glorious bathroom experience.

Best For: Amenities on amenities

Why: Movie theaters, a multimedia entertainment deck, spas and a wild corkscrew slide—if it sounds more like a resort, that's because it's only moonlighting as an airport.