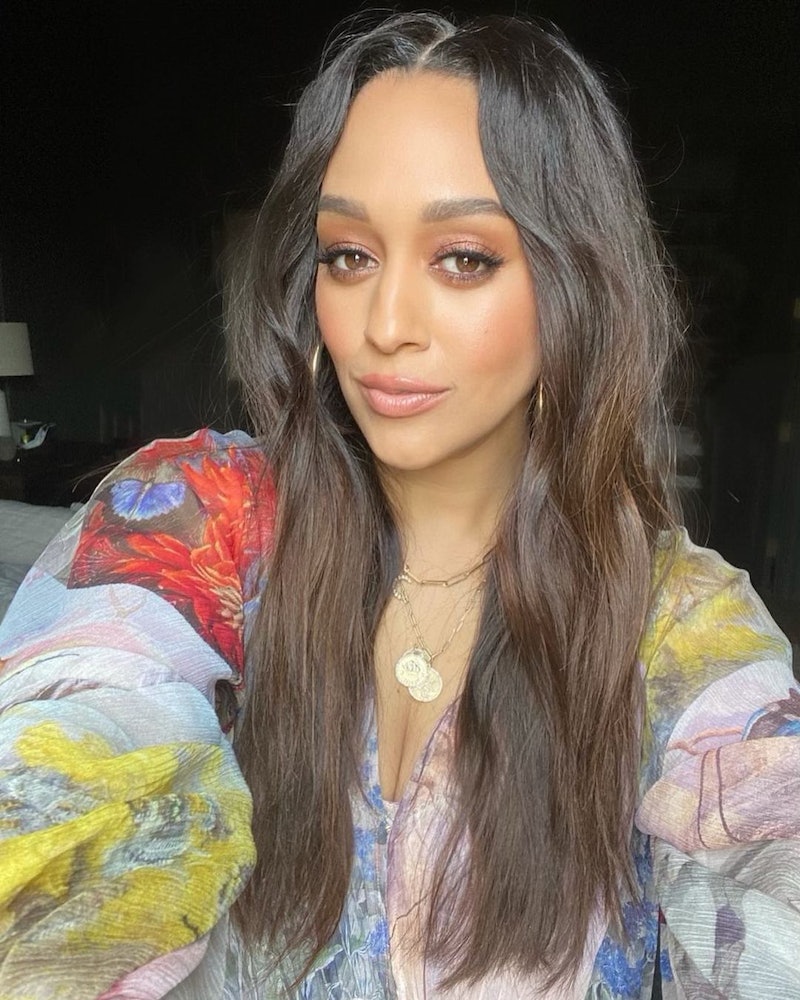 It’s officially that time of year when people start itching to change up their hair for summer — after all, J.Lo just got blunt curtain bangs and Rihanna is now sporting a pixie cut. And the transformations don’t stop there. This week, Tia Mowry went blonde, courtesy of hair mastermind Davontae' Washington, who also works with A-listers like Kehlani and Cardi B. She debuted her new look in a stunning Instagram selfie, with the caption: “It’s not how you start, but how you finish. Slow and steady. 🙏🏽 #blonde.”

Additionally, Washington re-posted the glowing photo of Mowry to his own grid. “I heard blondes had more fun ✨Do we like Tia new color???@tiamowry,” reads the caption. Sure enough, fans are in love with the actor’s new hue, leaving comments like, “BOMB AF,” “😍😍😍😍 love this for her,” and “We love the color 😍.” Speaking of the color: Washington gave Mowry a sandy blonde shade with soft golden undertones that complement her skin and eyes perfectly.

Now, it’s worth noting that Mowry didn’t actually ditch her dark hair completely. She’s wearing the blonde Ciara wig from Washington's Iamdavontae Collection, which you can preview in is Instagram Stories. That being said, he styled the straight-haired wig with some soft, natural-looking waves that frame Mowry’s face beautifully.

While the multi-hyphenated star is a hair chameleon who experiments with different styles on a weekly (and sometimes daily) basis, it’s not very often that she changes up her hair color, so fans and fellow celebs alike were definitely surprised by the big reveal. “Come on blondy!!!!! 😍😍😍” writes Taraji P. Henson in the comments. Additionally, Gabrielle Union added a bunch of fire emojis to signal her approval.

Last December, Mowry experimented with slightly lighter hair — an auburn shade with golden highlights woven throughout. Since then though, she's been sticking to her signature black-brown color, so this is definitely a refreshing change.

Of course, it’s entirely possible that she’ll be back to brunette by tomorrow — that's the beauty of having a hairstylist on speed dial. For now though, Mowry seems to be loving her new look, so here’s hoping she keeps it around for summer.