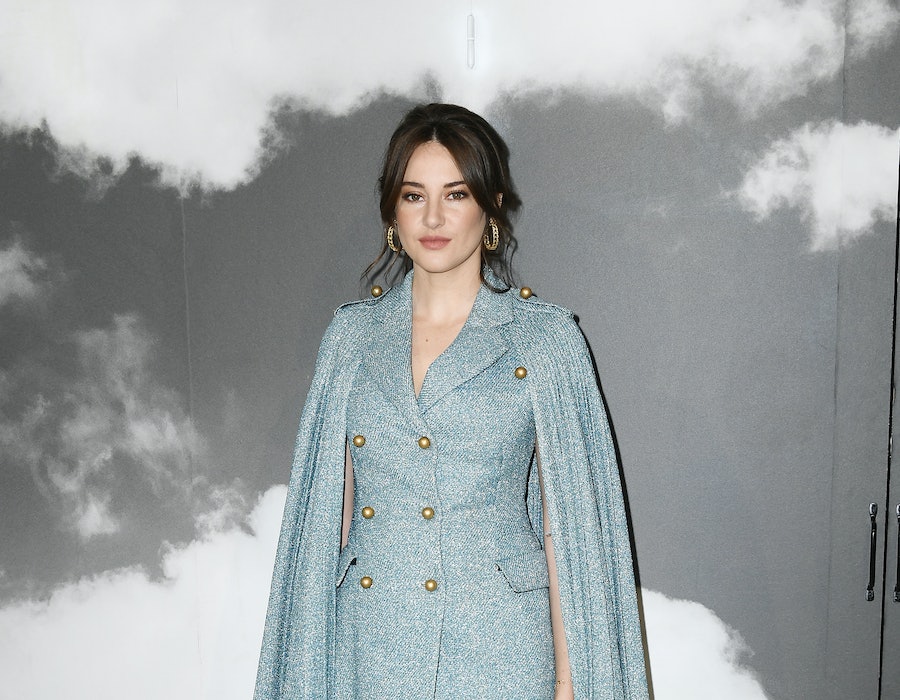 On a segment from The Tonight Show Starring Jimmy Fallon, which aired on Feb. 23, Shailene Woodley confirmed that, yes, those are wedding bells you hear in the distance. Woodley and Green Bay Packers quarterback Aaron Rodgers are engaged, and the actor has the diamond ring to prove it. During the interview on the late-night talk show, Woodley's engagement ring sparkled on her finger as she spoke with the host and fans were able to receive, virtually, a first glance at her new bauble. The ring featured a beautiful singular center stone and was free from more theatrical designs like a halo of diamonds or colorful gems. "Shailene composes herself with such elegance, so this classic engagement ring definitely complements her style," Toni Zehrer, senior vice president and chief merchandising officer at Signet Jewelers, said in a statement. "This beautiful design appears to be a stunning 4 to 5-carat solitaire round-cut diamond set in platinum. Depending on the quality and clarity of the center stone, we estimate the value of this to be in excess of $90,000."

The minimalist design of Woodley's ring is likely a hit with those who follow French engagement ring trends, where opulent diamonds don't always reign supreme. "The solitaire remains the ultimate engagement ring [in France] because it is refined and has a really elegant line," said Franny of @frannfyne and founder of vintage retailer Yomokoï to TZR in a previous interview. "It should also be taken into account that the choice of rings varies according to the personalities. Some like it when it's imposing, or very bling, but more often than not, discretion comes first..."

The ring's discreetness mirrors the trajectory of Woodley and Rodgers' relationship and engagement, as the pair apparently kept the announcement under wraps for months. "We are engaged. But for us, it's not new news, you know, so it's kind of funny. Everybody right now is freaking out over it and we're like, 'Yeah, we've been engaged for a while,'" Woodley told Fallon. The Big Little Lies actor and athlete have been together since the start of quarantine, but have kept their relationship private for months. "I still have never been to a football game because we met during this wacky, wacky time and all the stadiums were closed. Before I met him I'd never seen one football game before," Woodley shared. "I never thought as a little girl, 'Yeah when I grow up I’m going to marry someone who throws balls, yeah!' But he's really just so good at it."

The star may not have an affinity for football, yet, but Woodley clearly knows what she likes when it comes to engagement rings. After you study up on this effortless French-approved ring style, shop similar elegant solitaire rings ahead.