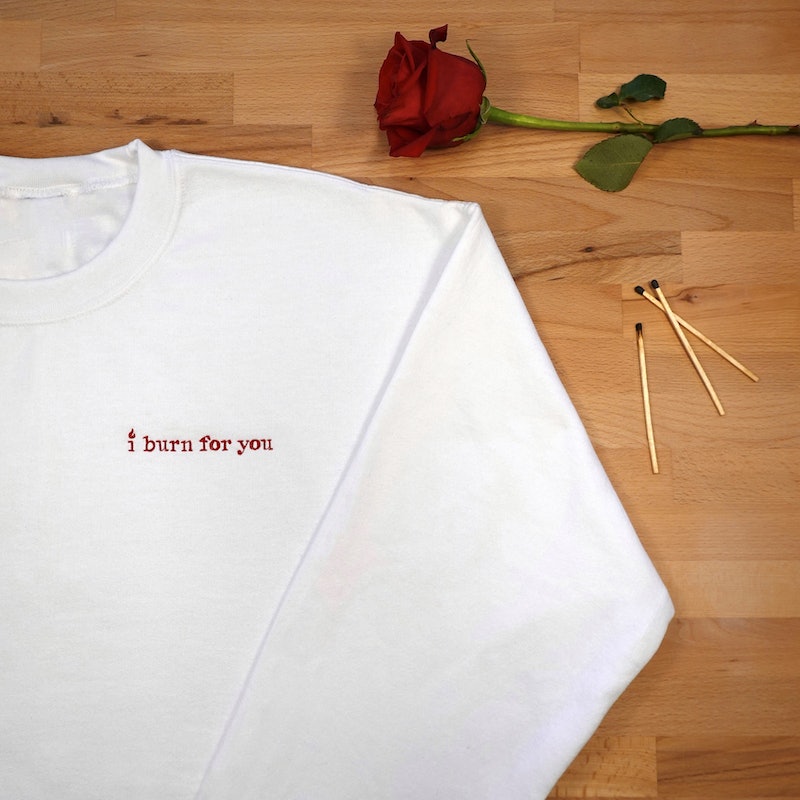 If you were part of the 82 million Netflix viewers who became enamored with the Bridgerton series, you'll be happy to know there's now merchandise inspired by the show. Phenomenal partnered with Netflix to release Bridgerton-centric sweatshirts and they're all under $60. The four sweatshirts, which are embroidered with standout quotes from the series, come in yellow, white, and lilac colors. The sayings include Lady Whistledown's famous opening line in the show (Dear Reader), Queen Charlotte's proclamation (I want to be entertained), and the Duke of Hastings' romantic confession to Daphne Bridgerton that set the world aflame: I burn for you. The female-empowerment lifestyle brand tapped embroidery artist Chantal Strasburger, founder of Read Receipts, to design the collection.

Phenomenal released the sweatshirt offerings as part of a broader messaging about supporting strong female characters in television shows. (The lifestyle brand is known for championing power women and supporting important social justice issues like the Breonna Taylor case.) This partnership between Phenomenal and Netflix was symbiotic, too, as Phenomenal's founder Meena Harris (she's also the niece of Vice President Kamala Harris) is a fan of the Regency-era romance series. In a post from Jan. 2021, Harris posted a photo of herself in a long-sleeved sequin gown from Staud with the photo caption, "Watches one episode of Bridgerton."

Since season two of Bridgerton doesn't have a release date, you'll have to get your fix of the soapy drama through these cozy sweatshirts. Snag a crewneck or hoodie, then press replay on season one to immerse yourself in the steamy world of 19th-century Britain.