Get your popcorn ready. 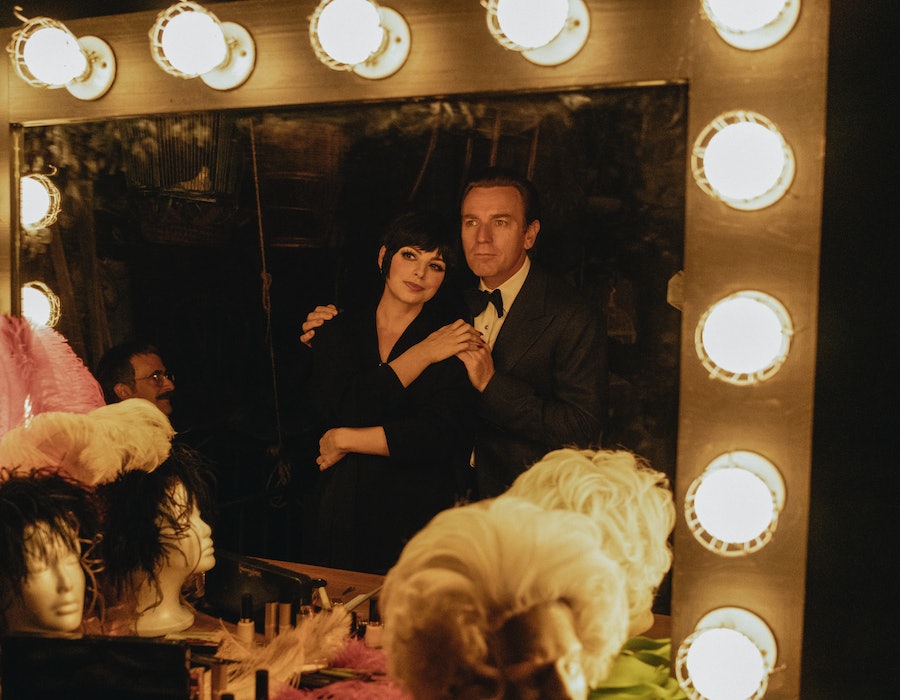 In the recently released trailer for Halston, you hear actor Ewan McGregor — who plays the titular role — declare: “I have a vision. I’m going to change the face of American fashion.” Anyone familiar with American fashion designer Roy Halston Frowick and his penchant for minimalism, and archive of sleek sportswear, will agree Halston did precisely what McGregor claimed. Netflix’s new limited series, which releases on May 14, details the fashion icon’s epic career and tumultuous social life. But before you start your streaming session, scroll ahead to find everything you need to know about Netflix’s Halston and the man widely revered as America’s first celebrity designer.

Co-produced by television writer Ryan Murphy of Hollywood and POSE, Halston is a limited, five-episode series that recounts the fashion icon’s ascension to acclaim and explores his impact on the American fashion scene. The show takes place during the 1970s and 1980s. This time period was known as Halston’s heyday and highlights his experiences at New York City’s legendary Studio 54 nightclub. Additionally, the show will highlight two of Halston’s close friends and frequent collaborators: Liza Minnelli and Elsa Peretti (played by Krysta Rodriguez and Rebecca Dayan, respectively). Below, you’ll find more background information on the upcoming show, quotes from Halston’s costume designer and director, and more details that help flesh out the designer’s star-studded and lively universe.

Halston (née Roy Halston Frowick) was one of the most influential designers of the 20th century and his work came to represent the ‘70s disco era. The designer was known for his use of high-quality materials (think cashmere and Ultrasuede), sexy yet refined silhouettes, and his stylish, opulent lifestyle. He also was one of the major players during the 1973 Battle of Versailles Fashion Show, which was a major turning point in the French’s perspective of American fashion and put designers like Halston, Stephen Burrows, and Anne Klein on the map. Unfortunately, Halston lost control of his fashion house during the 1980s and later passed away in 1990 due to AIDS-related complications.

In a statement shared by Netflix, Executive Producer and Director Daniel Minahan discussed Halston and his turbulent career. “Halston is the most famous person you’ve probably never heard of. Both his failures and successes really taught people how to brand and market themselves,” said Minahan. “We live in a time that's obsessed with identity, and this is the story of a man who reinvented himself time and again and, in a way, became the first influencer ... He had a hugely successful fashion company, and he marketed and branded himself and his name as part of his product. Then it all went away. That’s extremely relevant.”

The series stars Trainspotting and Star Wars actor Ewan McGregor as Halston. In the press release from Netflix, it was revealed the actor performed all of his own fashion-related scenes in the show. That means when you see McGregor cutting and pinning clothing in the show, he’s actually doing all of the work — he didn’t have a body double. The actor learned how to actually cut and pin fabrics like Halston did and shadowed the show’s costume designer Jeriana San Juan to observe her work practices. McGregor even went so far as to mirror where and how San Juan’s eyeline moved as she worked.

The limited series follows Halston’s meteoric rise to fame and the difficulties he faced keeping himself and his fashion house afloat. As you watch Halston’s journey in the industry, you’ll watch the creative love story between him and his muses, like Minnelli and Peretti, bloom and see him create his inarguably iconic legacy. The show also documents the designer’s dangerous escapades in the New York party scene and portrays Halston’s struggles to retain control over his business. Additionally, the show will also cover Halston’s death, according to Murphy in an interview with Vogue.

In a press statement, Halston’s San Juan details how she and her crew assembled the show’s costuming. “Most of the pieces in our show on our main characters are created from scratch. I found vintage dealers from every corner of the world, but vintage clothes are often not in fantastic shape, and I wanted to make sure the costumes fit with the same ease and pristine effortless style that defines Halston,” San Juan said.

“There are also many original Halston pieces in the show. Halston’s entire archive was disassembled when he left the company, but I was able to find pieces that were tucked away,” said the costume designer. “We worked with JSGroup International to pull some original pieces. There were also wonderful pieces that vintage collectors loaned me.”

“I was able to go into the Conde Nast archives and personally look through all of the archival materials, and I dug into every detail I could find for the other key participating designers — Bill Blass, Stephen Burrows, Anne Klein, Oscar de la Renta — and their work at the time,” said San Juan in a statement. “We couldn’t recreate the entirety of the show, but we created a small, curated collection of the pieces that are considered the most iconic for Halston’s collection, and I created pieces to fill out these collections to help make them cohesive and have a very individual voice for each designer.”

The original limited series debuts on Netflix on May 14, 2021.