From Chrissy Teigen to Kylie Jenner. 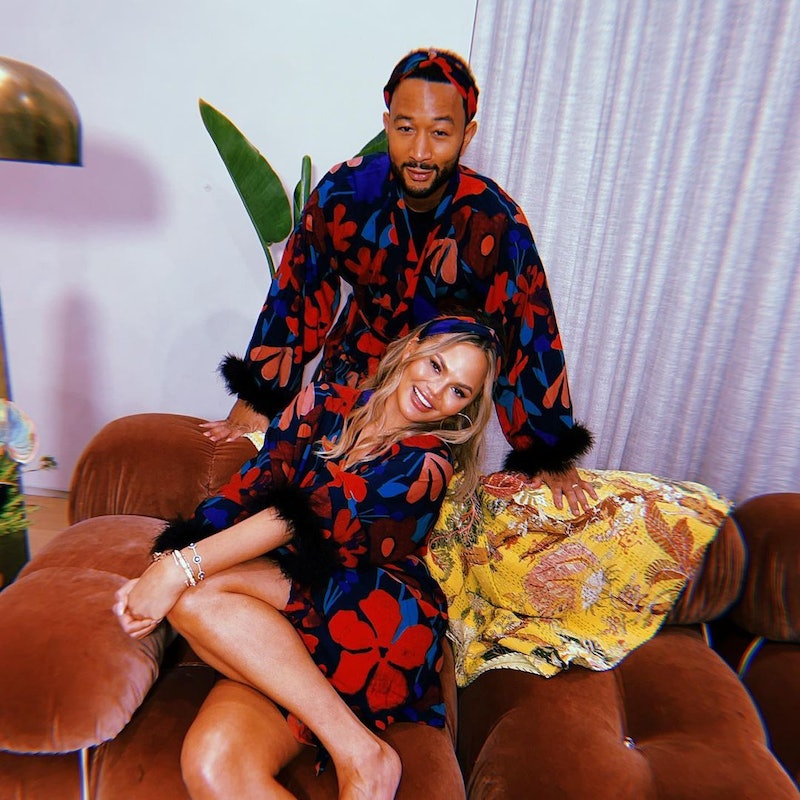 If there’s one decade that’s proved its staying power, it’s the ‘70s. Sure, all trends are circular, but styles from this era just never seem to quit — at any given moment, you can find at least one element from the groovy time period that’s being heavily revived. In 2021 alone, there are several. Graphic patterns, rattan and caning, and curves are a few notable comebacks making waves in the design world right now; but perhaps one of the biggest of all is the modular sofa trend, which counts pretty much all of Instagram and even several celebrities as fans.

It’s been a long time coming, to say the least. Domino noted its return as early as 2018, citing an increased embracing of retro designs at the time. Since then, it’s seen an explosion thanks to its many influencer fans (really, are you even a fashion girl if you don’t own one of these styles?) and the fact that it can be rearranged — an important characteristic in the new era of multi-tasking furniture. Plus, there’s the fact that comfort at home is more crucial than ever these days; and what’s more comfortable than sprawling out on what’s basically one large cushion sitting on the floor?

Obviously, it’s struck a chord with the world, and now some of the biggest celebrities are also getting on board. Major stars like Chrissy Teigen and Kylie Jenner have made a show of adopting the trend on Instagram, flaunting their funky seating choices and the effortlessly cool ways in which they style them. Which means that if you’re thinking of buying one of these pieces yourself, the inspiration is pretty much never ending. And if you’re not yet convinced, well, prepare to be after you see these modular sofas in action with the celebrity Instagrams, ahead.

Interior designer Jake Arnold created Teigen’s new Cravings office space, which is full of rust tones, rich textures, and, of course, a modular sofa. Teigen’s appears to be an iconic Mario Bellini Camaleonda sofa in a deep orange tone, and it contrasts beautifully against the space’s simple, cozy rug and white marble coffee tables. As the model demonstrates, it makes for the perfect spot to kick back, eat, and maybe make something fun.

Though model Elsa Hosk chose a nearly identical sofa for her new California home, the final effect looks completely different thanks to her mixture of materials. Instead of velvet, she opted for a buttery leather in a camel shade; then, she paired that with other neutrals for a modern, calming effect.

Unsurprisingly, Miley Cyrus went a much different route with her modular sofa. Instead of a pillowy, understated piece like Hosk’s or Teigen’s, the singer chose a bright, boxy, and velvet version that makes a major statement in her home. Because hers contains corner pieces, it also lends itself to more arrangements, making it perfect for serious lounge sessions (preferably with some furry friends). If you really want to make it a cozy oasis, follow Cyrus’ lead and add a few large cushions on top.

Modular Sofa Trend: Take It Outside

These days, it’s all about outdoor decor — so naturally, the modular sofa has found its way to the patio. While you’ll definitely want to keep this low-to-the-ground trend clear of any precipitation (there’s nothing good about fabric sitting in a bunch of water), it’s hard to imagine anything more relaxing than a large lounger underneath a shaded area in the backyard à la Jenner.