Here’s why she’s getting involved in the beloved label. 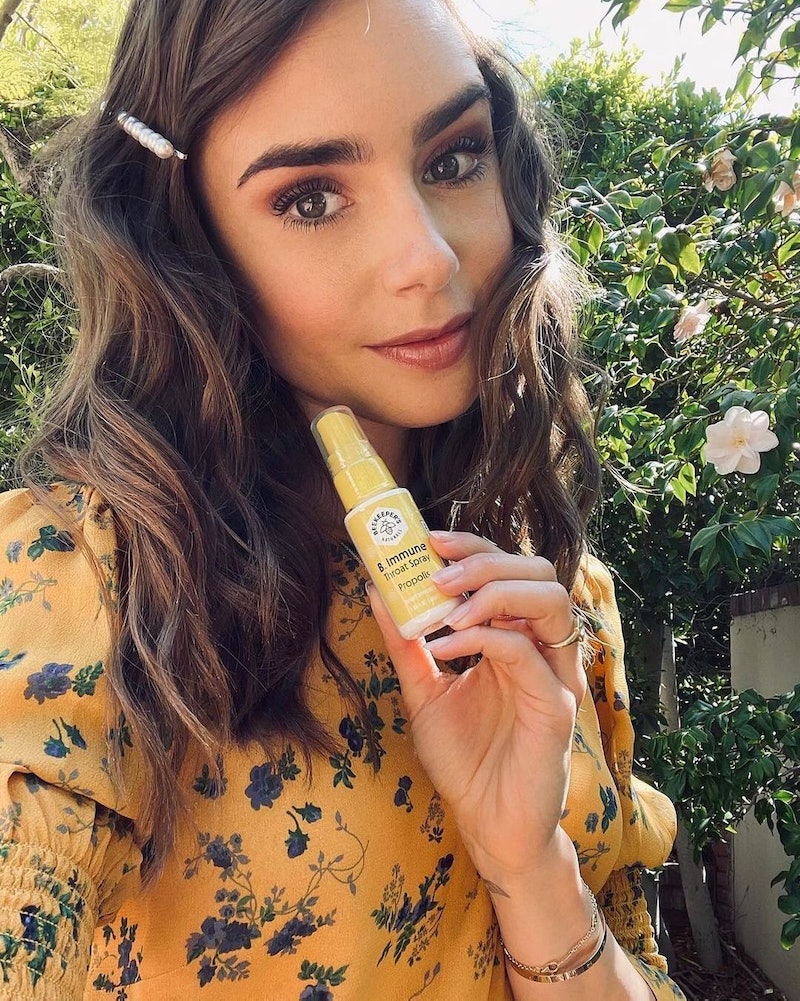 Many celebrities aren’t shy about sharing products they love, especially those who are active on social media — it’s not unusual to see a star waxing poetic about the products on their nightstand or the skin care routine that keeps them feeling grounded. It’s admittedly rarer, though, for one to love a product so much that they take it a step further than just touting the best qualities of their favorite brands. So when they do, it’s pretty certain you can trust the recommendation is sound. At least, that seems to be the case with Lily Collins’ favorite wellness brand, Beekeeper’s Naturals, of which the Emily in Paris actor recently became an investor.

Collins made the announcement earlier this April, sharing with her Instagram followers that she would be joining the Beekeeper’s Naturals family after using the brand’s products for years. (Collins has been a longtime, vocal fan of the label’s B.Immune Throat Spray, even shouting it out in a video for Vogue in 2020.) “This brand is clean, natural, and helps keep your immune system boosted,” she wrote in the caption. “The Propolis throat spray saved me over the last couple years while I was filming and traveling for work and I can’t express my passion for all our incredible products enough!”

If you haven’t heard of Beekeeper’s Naturals before, it’s pretty likely you’ve seen it used by a celebrity at some point. Kourtney Kardashian wrote for Poosh that she takes a spoonful of the brand’s honey daily, and she even recommended it to Kendall Jenner who told Vogue in a video that she uses it in her DIY face masks. (And Cameron Diaz and Drew Barrymore just slather it straight onto their faces.)

There’s a reason (or a few, rather) for its popularity. Beekeeper’s Naturals’ products contain propolis, an ingredient which lines the walls of bee hives to keep germs out. As Verywell Health explains, there is research that demonstrates that the substance has some healing properties, such as being antimicrobial and anti-inflammatory. (No doubt why it’s so beloved as a facial treatment). According to Refinery29, it’s also been shown to support the immune system.

Beekeeper’s Naturals also takes care in the sourcing of its products. Per its website: “All of our products come from small-scale, remote apiaries primarily across Canada and the US, as well as exotic regions around the world such as the Brazilian rainforest.” Additionally, the brand commits to third-party pesticide testing to ensure that its hives and remedies are pesticide-free.

Collins’ role as a recent investor, as well as a friend to Beekeeper's Naturals' CEO, Carly Stein, puts the star in a position to provide a new perspective for the brand and another female voice behind the company. Though as the actor notes, more information about her new venture will be forthcoming. “I can’t wait to share more about the brand and my role,” she continued in her announcement. All the more reason to try out a few Collins-backed products, ahead.