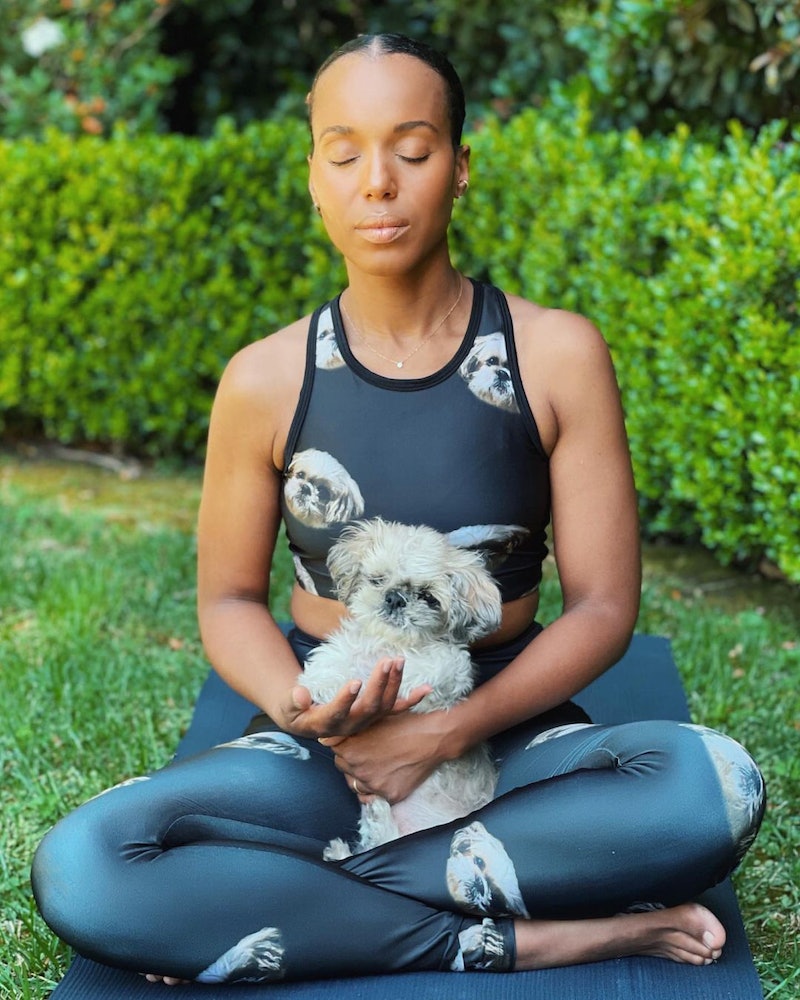 It goes without saying that working out from home is something many are doing more of these days. And in a lot of ways, that change has been a welcome one — not only has it made morning and evening routines easier, but it can also be less expensive and less intimidating than, say, trying out the weight machines in the gym. That said, sweating in your living room also has its challenges: In addition to the sometimes lack of space, it’s also difficult to deal with and store all those sets of weights workouts often necessitate. But while there’s not much you can do about square footage, there is a simple answer to bulky equipment — and it lies in Kerry Washington’s wrist weights.

The Big Little Lies star shared her love of the fitness tool on April 15 with a reference to an iconic Mean Girls quote: “On Wednesdays, we wear wrist weights,” she wrote, ending the post with a #WashingtonWorkouts hashtag. And her stamp of approval is no small thing; the 44-year-old actor is known to be an avid Pilates fan, and often dabbles in a range of other modalities as well. Considering her knowledge of fitness and commitment to a routine, it’s safe to say this seemingly simple piece is actually a worthy addition to your own regimen.

Not yet convinced? Washington isn’t the only star to share her use of wrist and ankle weights in her workouts. Kate Hudson, Lucy Hale, and Jessica Alba are just a few of the many who have been spotted sporting these wraps, and The Strategist even dubbed them the “breakout stars of quarantine workouts.”

There’s a good reason for their popularity, too. Of course, they’re more convenient in general than traditional weights, but as Holly Perkins, C.S.C.S. and author of Lift to Get Lean, told Shape, they also make it possible to do movements you wouldn’t normally be able to with regular weights. (Speaking from personal experience, it’s also just easier to wear them than to hold a dumbbell.)

You may be reaching a point where you’re a little bored of your at-home routine, but spicing it up doesn’t have to mean a huge investment or even a major change. This Washington-approved workout tool can be all you need to up the intensity and refresh your favorite workout — so take advantage of it by shopping the wrist and ankle weights, ahead.