The signs were everywhere. 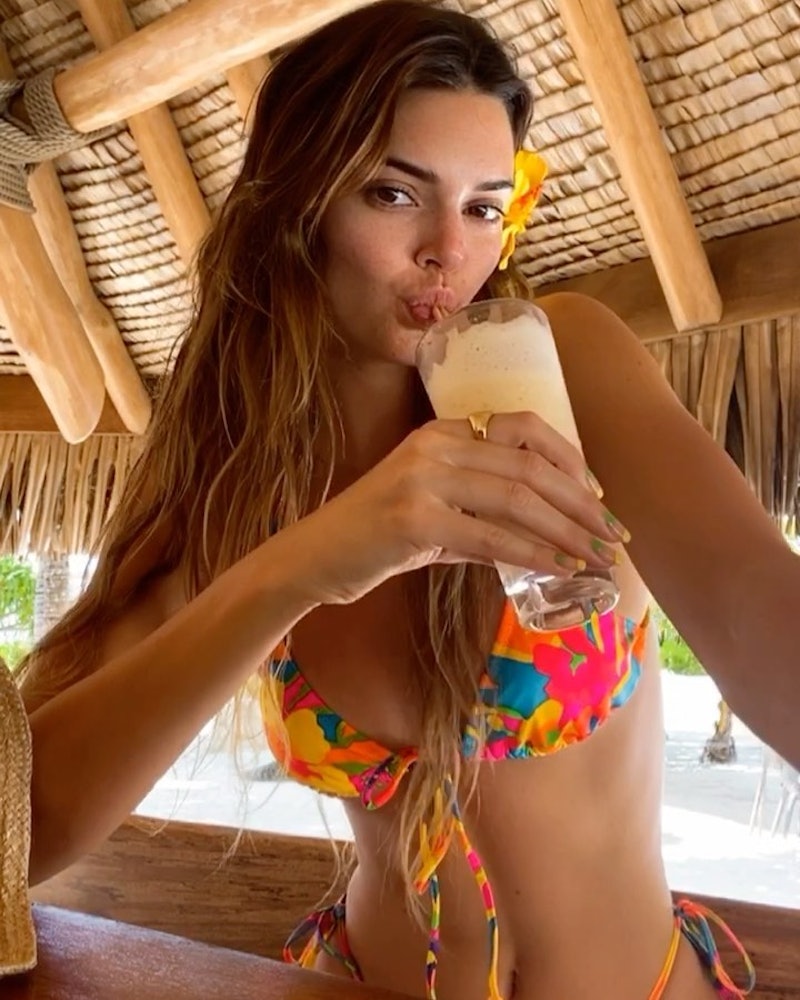 Regardless of your opinion on the Kardashians/Jenners fame, one thing cannot be argued: This is a family that never shies away from a business opportunity, and over the last 15 years, there have been clothing boutiques, intimates lines, wellness platforms, and many, many lip products that prove that fact. This week one of the famous sisters launched her latest venture, and it's actually shocking this didn't happen sooner: Kendall Jenner started her own tequila brand, and it's already earning industry accolades.

On Tuesday, February 15, the model and entrepreneur announced her new business, 818, but what may have been most shocking to fans and followers was that it's not really that new. In an Instagram post, Jenner explained that she's actually been working on the tequila brand — named after her Calabasas area code — for nearly four years, and it seems that she's had quite an active role throughout the process. The caption also explained that she's made frequent trips to the Jalisco, Mexico-based distillery and anonymously entered — and won — worldwide tasting competitions. The former may explain some of her mysterious social media posts, including one tropical selfie captioned "locations [sic] a secret," in which she's sipping what might be a margarita or another tequila-based beverage while developing her booze brand.

And all those mysterious beach pics aren't the only clues the Jenners have been dropping. Some eagle-eyed followers noticed a bottle of 818 in a post from January. And as US Weekly reported a few days later, one TikToker, Hannah Farrell, noticed that back in April, Kylie hinted at a new favorite type of tequila she and her friends had been exclusively drinking and teased that she'd soon reveal the details. In other words, it seems that signs of this drop were there all along.

But even after the news was revealed, 818 remains something of a mystery. The brand now has an Instagram page, but it doesn't seem like it's available for purchase just yet. In fact, the bio teases "come again soon." What can be expected, based on Jenner's personal statement, is that there will be three varieties: Añejo, Blanco, and Reposado. The post also included some info from 2020's Ultimate Spirits Challenge — which awarded 818's Añejo its highest honor. USC's findings include that a bottle runs $59.99 and that it boasts an "earthy" aroma with a "spicy-sweet" finish.

Dying for a bottle of 818 to craft cocktails for your next virtual happy hour? You'll have to be patient for the time being, but you might want to follow the brand on Insta for the latest news on potential release dates and details on where you can get it.