Here’s your next Halloween costume. 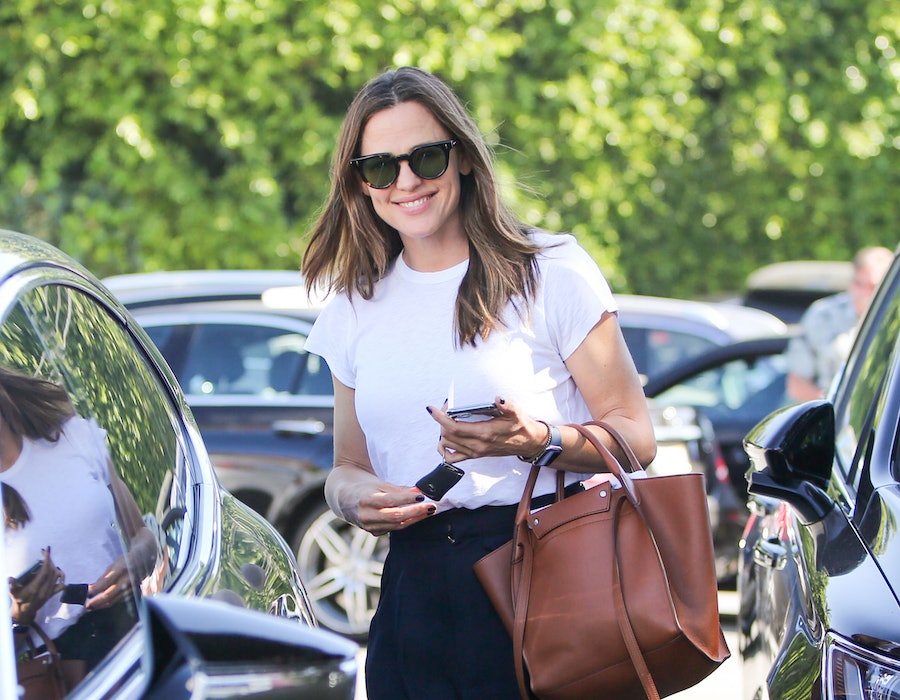 If you were to ask any 13 Going on 30 fan what their favorite fashion moment was from the 2004 rom-com, odds are they’d tell you it was Jennifer Garner’s multicolored striped cutout dress. The actor, who played aspiring magazine editor Jenna Rink in the film, wore the Versace number while doing a choreographed dance to “Thriller” with the ensemble cast. It was an iconic scene. And one that was revisited again by TikTok fashion sleuth @victoriastanec, who discovered a dupe of Garner’s rainbow 13 Going on 30 dress on Amazon. The best part of all? The memorable dress is only $13 — note the price point corresponding with the number in the movie. Coincidence? I think not.

The original Versace dress was composed of contrasting swatches of blue, red, purple, and teal. In what can best be described as a moment of style serendipity, the colorful dress also featured an oval-shaped, peek-a-boo keyhole right below the chest — a cutout look that’s having its moment this year. Since Y2K fashion is fervently on trend at the moment, the 13 Going on 30 dress from Amazon might even make for a worthy addition to your current outfit rotation. Or, if the referential pop culture dress is a little too on the nose for you, save it for Halloween. Your friends will be impressed by your Jenna Rink costume.

For those who’ve yet to see the movie or it’s been a while since your latest viewing of the classic, here’s a more in-depth refresher. Rink is a 13 year old who magically fast forwards into the adult version of herself at 30. When she attends a fashion magazine party with her colleagues, she finds that the atmosphere is dull and dry. In the hopes of livening up the party, Rink heads to the dance floor to recreate Michael Jackson’s iconic “Thriller” choreography with her best friend Matt (played by Mark Ruffalo). Of course, the dress takes center stage in this scene, along with Rink’s butterfly necklace and hairstyle. In an interview with theSkimm, Garner revealed the scene is her personal favorite and it has stuck with her since filming. (The actor even briefly recreated the dance scene back in March, below.)

You’ll find the affordable Amazon dress ahead, as well as other close matches to the throwback 13 Going on 30 dress. TZR also rounded up a few accessories that resemble the pieces Garner wore in the original scene for your Jenna Rink cosplay come October 31.