By Bianca Rodriguez
3.3.2021
Photo by Dimitrios Kambouris/Getty Images for NYFW: The Shows 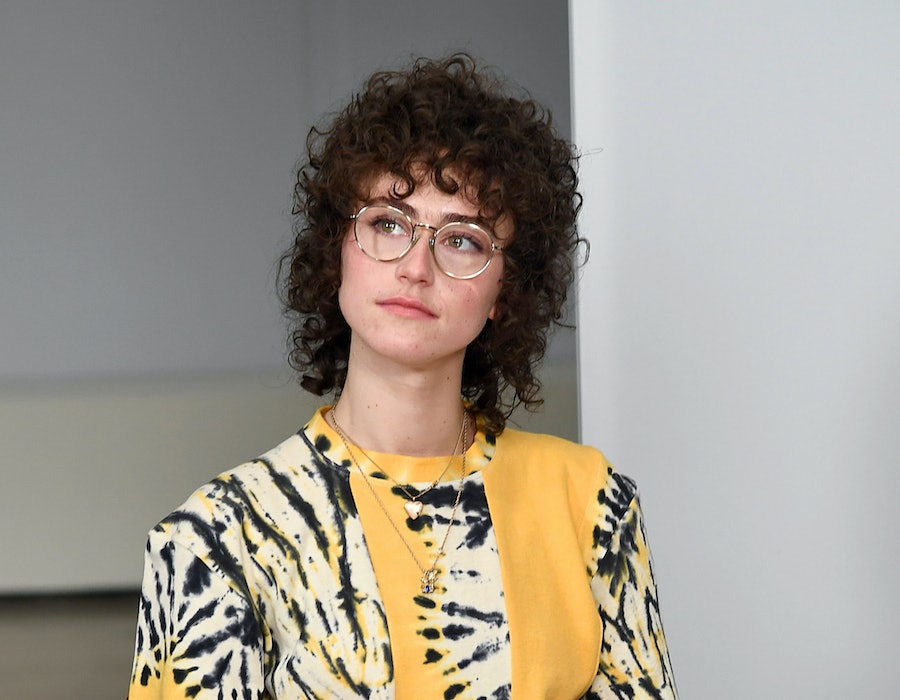 If you thought you didn't need any more cozy cardigans or super soft sweaters in your closet, you might want to take that statement back. On March 1, Kamala Harris' stepdaughter, Ella Emhoff, announced a knitwear collaboration with New York designer Batsheva Hay on Good Morning Vogue, the glossy's digital fashion news show. The announcement, which Emhoff said came as a surprise to her — she's currently a senior at Parsons School of Design — is her first foray into producing knitwear with a well-known designer. For those who have been following Emhoff's journey in the fashion industry — she was signed by IMG Models in Jan. and walked in New York Fashion Week for Proenza Schouler in Feb. — this latest collab, however, won't come as a total surprise.

For one, Emhoff has experience in designing knitwear — she previously accepted commissions from friends and fans. In fact, on Feb. 18 her launch of five exclusive knitwear pieces that included two sweater vests, a pair of shorts, a midi dress, and a crossover bag featuring Tweety bird sold out almost immediately. The pieces, which appeared on the shopping platform Mall, were priced between $160 and $320. In addition, for those who recall, Emhoff and Hay have previously collaborated together, too, for President Biden's Inauguration Day. Emhoff and Hay had joined forces to create the custom burgundy puff-sleeve moiré dress Emhoff wore underneath her viral Miu Miu coat.

The label Batsheva is known for its frilly dresses with high collars, voluminous sleeves, and unique prints, which have long caught Emhoff's eye since its founding in 2016. "It's so weird because I've followed her for a really long time, and then I was thinking about what to wear for the inauguration. I got to meet her on Zoom, and I was like, okay," Emhoff said on Good Morning Vogue. "So many of her designs are so cohesive to my personal wants and needs." The feelings were mutual, according to Hay. "Obviously, we got connected through me dressing you, but then, that also opened my eyes to just kind of fangirl-ing on your stuff and seeing what you're doing," Hay said in the same Vogue interview. "You know, even though my stuff is more traditional femininity, I think that you're also doing something playful and playing with femininity too, in colors and shapes and all of that kind of stuff."

Emhoff and Hay are poised to create beautiful knitwear together and if you want to know what to expect, a browse through Emhoff's Instagram might clue you. Since she's already sold sweater vests in the past, that could be an option in addition to knit pants and bucket hats. The aspiring designer also isn't afraid to mix different patterns and colors together, so look out for unexpected color combinations that feature every hue in the rainbow. For more updates on the collab, including a launch date, keep your eyes on Batsheva's website and of course, Emhoff's personal Instagram.