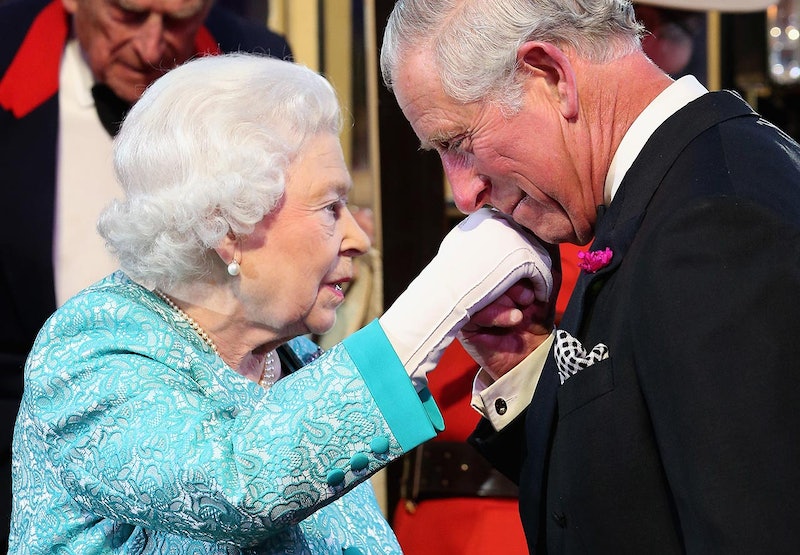 We thought Gigi Hadid was going to win the honor of having had the best birthday celebration of 2016, but that was until this weekend, when Queen Elizabeth celebrated her 90th birthday with a bash fitting of absolutely no one else on the planet but English royalty. Kylie Minogue and James Blunt performed, 900 horses trotted around, Homeland and Billions actor Damien Lewis narrated some of the events of the Queen’s life (?!?), Dame Helen Mirren confused every American who thought she actually was the queen by appearing in honor of the Queen, and Kate Middleton scored a better seat than her husband from which to observe the festivities. Click through to see some of the best “guess-you-had-to-be-there” moments from this weekend’s event, which at times seemed to resemble a cross between the “It’s a Small World” ride at Disneyland and a Super Bowl halftime show… in the best way possible.

The Queen Reserved Her Biggest Smile Of The Night For Kate

The Duchess of Cambridge was also positioned just one seat away from the Queen.

There Was A Corgi-And-Horse Pantomime Show

Because how else to pay tribute to the Queen's obsession with corgies?

The Princes Were Not Amused

Or maybe they were just upset that Damian Lewis has been asked to speak instead of Prince Harry.

A heartwarming display of British affection.