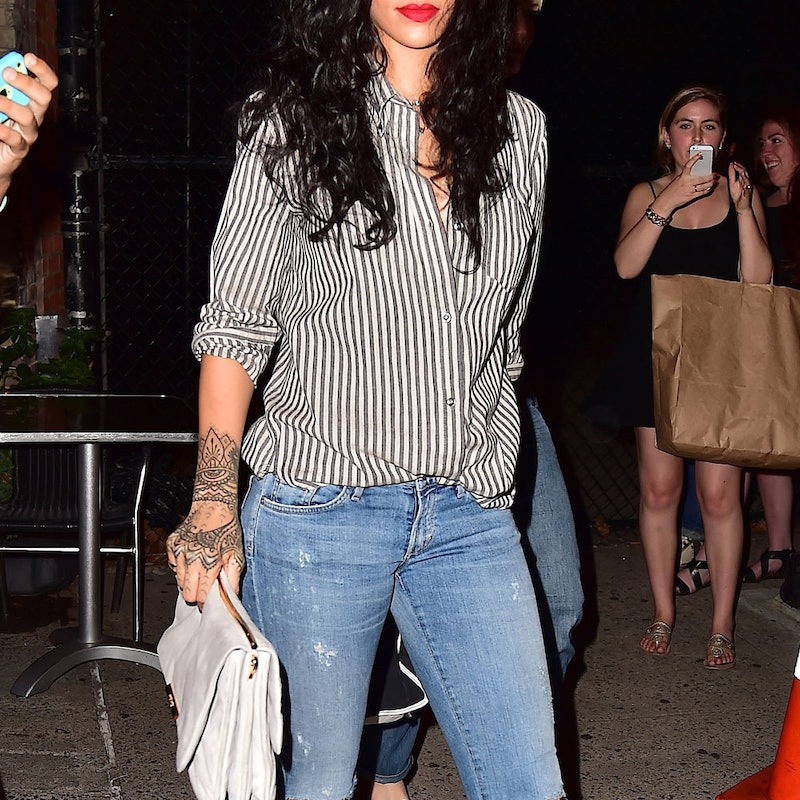 You know her for her catchy tunes and sartorial risk-taking, but Rihanna possesses another title to her name—that is, humanitarian. In 2012, the pop star (who work, work, works harder than most) founded the Clara Lionel Foundation, a nonprofit that benefits children in impoverished communities around the world, and now she’s getting her well-deserved recognition with a Harvard honor, no less.

Taking a trip to Cambridge, Massachusetts, Rihanna visited the Ivy League campus to deliver an empowering speech on her philanthropic reach as she accepted Harvard’s Peter J. Gomes Humanitarian of the Year award.

“So I made it to Harvard,” she teased. “Never thought I’d be able to say that in my life, but it feels good.”

The audience then listened as she recalled her childhood in Barbados, watching television commercials that revealed children suffering in Africa. “I would say to myself, ‘You know, when I grow up, when I can get rich, I’mma save kids all over the world,'” she said.

And that’s exactly what she’s doing through her nonprofit, which provides educational opportunities to kids in conflict and crisis areas. (A percentage of proceeds from each “We Should All Be Feminists” t-shirts she just designed with Dior will be donated to the foundation.) Rihanna has also served as a UNICEF ambassador, raised awareness for HIV/AIDS and helped in the fundraising efforts of the Stand Up To Cancer charitable program.

“It starts with your neighbor, the person right next to you, the person sitting next to you in class, the kid down the block in your neighborhood,” she said. “You just do whatever you can to help in any way that you can. And today I want to challenge each of you to make a commitment to help one person: one organization, one situation that touches your heart. My grandmother always used to say, ‘If you’ve got a dollar, there’s plenty to share.'”