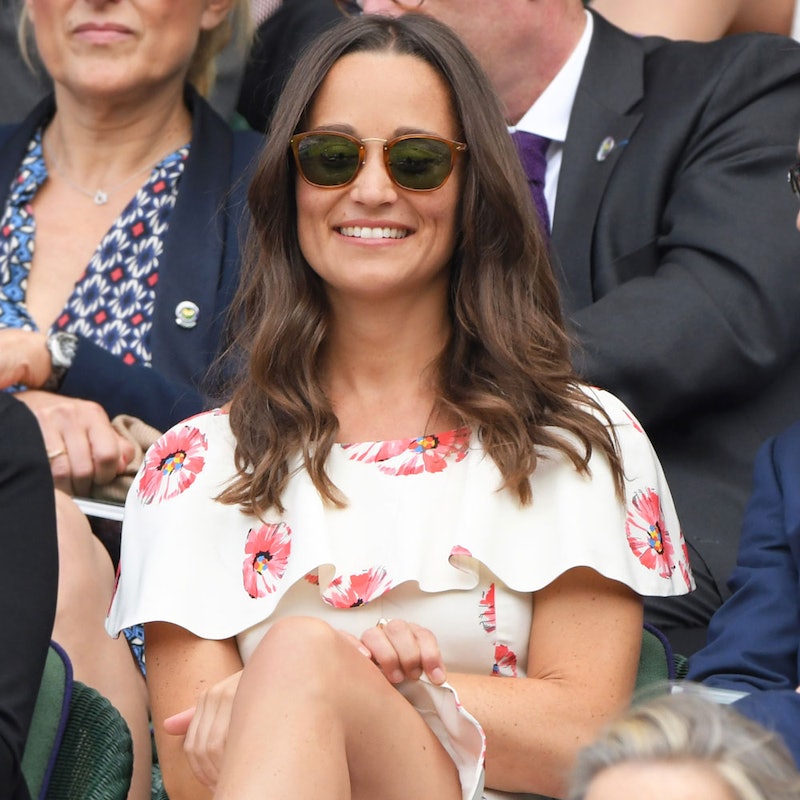 With the date fast approaching (May 20), Pippa Middleton and hedge-fund manager James Matthews’ wedding is perhaps the most talked-about almost-royal affair of the season. But it’s not the bridal party—nor Princess Charlotte’s darling duties as flower girl—that’s capturing headlines. To our surprise, it’s a measure set by the Church of England, which holds more clout than the English socialite’s informal “no ring, no bring” rule that initially sparked a rumor that Prince Harry’s girlfriend Meghan Markle wouldn’t be invited. (Note: Meghan was later confirmed to be attending the wedding reception.)

According to the Church’s guidelines on celebrity weddings, “A marriage is a public ceremony, which at the least all parishioners are entitled to attend.” And because Pippa and James will exchange their vows at St. Mark’s Church, the local community of Englefield theoretically can attend the wedding, “as long as there is available seating or standing room, unless a genuine question of safety or security arises.” That’s right—ordinary folk are technically invited to celebrate Pippa’s big day, but there is a caveat: “It is a parish church, and if any of the parishioners or any of those on the electoral roll wished to attend, they could not be legally refused,” said Stephen Borton, chief clerk of the faculty office of the Archbishop of Canterbury. “That, of course, does not extend to those from outside, such as the press.” We knew it was too good to be true.