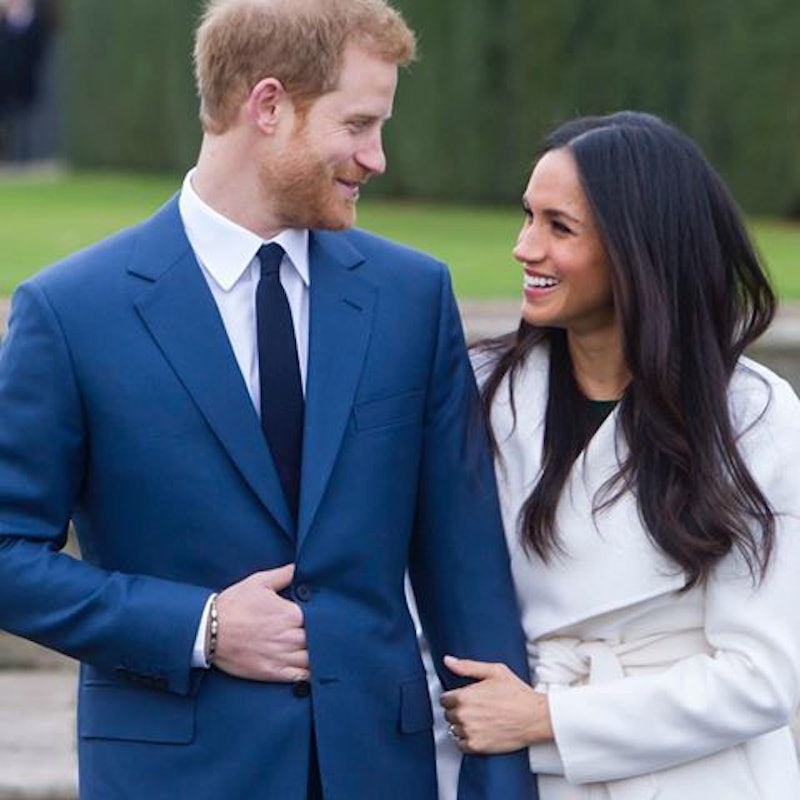 The fairy tale that is Meghan Markle’s life continues to grow more storybook-perfect with each passing day. According to the The Sunday Times, Markle will be afforded a privilege this holiday season which marks a first for any royal fiancée. The 36-year-old American actress (and luckiest person alive?) will get to spend Christmas with the royal family despite not yet having married into them, an unheard of opportunity which involves some serious QT with the Queen. Allegedly, Harry asked the Queen to make this happen, and she just… did. Obviously, Harry is her favorite grandson. (Sorry, guy married to Kate Middleton.)

While those of us marrying into normal families may relish being excluded from events with our in-laws this holiday season, we can only assume that Megs is over-the-moon, if anxious, about the exception that’s been made to include her in the royal festivities. She will reportedly join Harry and his family at the Queen’s private estate in Norfolk for a black-tie dinner and a pheasant shoot, among other events. After, they will head to the states to spend New Year’s Eve with Markle’s family in Los Angeles, at which point we will undoubtedly be deterred from stalking them by the epic traffic snarls which will inevitably result from their presence.

Having somewhat lost our Obamas to life as private citizens, we are so here for this romantic and aspirational saga, as it’s a lovely distraction from the dark news of the day. Stay tuned for more HarMegs (er, any suggestions?) “news” as it develops, and in the meantime let your spirits be lifted by the adorable infatuation depicted in the images below.