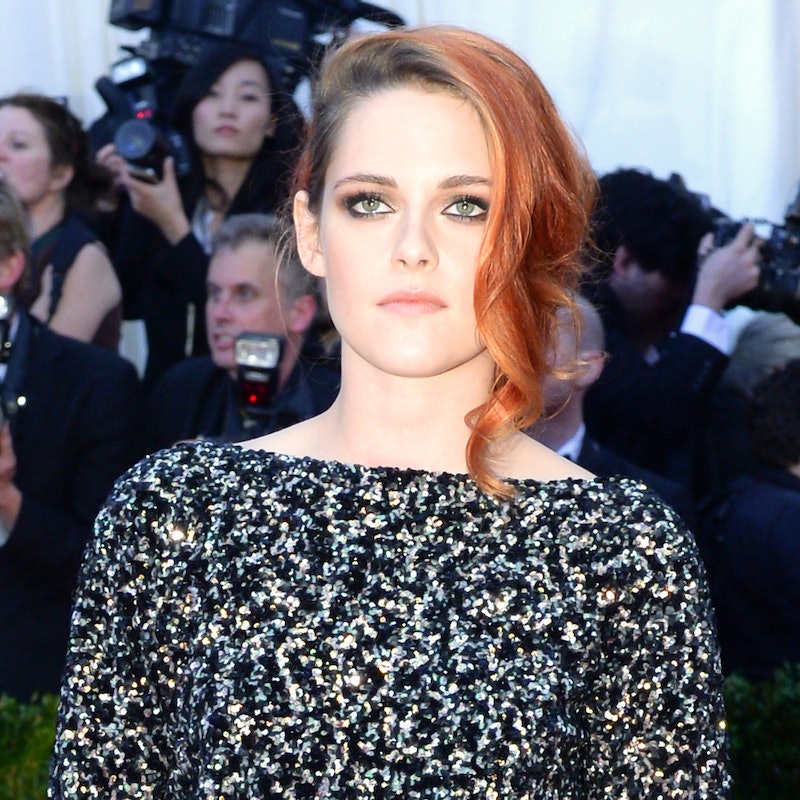 Kristen Stewart is the latest actress to come under fire for working with Woody Allen. The duo’s film, Café Society, opened the Cannes Film Festival today, but much of the media attention has been focused on the sexual abuse allegations that have plagued Allen throughout the later stages of his career.

The scrutiny is the result of an interview Stewart gave to Variety, in which she explains why she, like so many of her peers, has decided to work with the legendary director despite the very serious allegations against him.

What Stewart says in, so many words, is that her career as an actress is more important than what may or may not have happened to people that she doesn’t know. Stewart recounts a conversation she had with co-star Jesse Eisenberg before filming on Café Society began. “I was like, ‘What do you think? We don’t know any of these people involved. I can personalize situations, which would be very wrong.’ At the end of the day, Jesse and I talked about this,” Stewart explained. “If we were persecuted for the amount of shit that’s been said about us that’s not true, our lives would be over. The experience of making the movie was so outside of that, it was fruitful for the two of us to go on with it.”

To see what Stewart’s critics had to say in response, read the full article here.