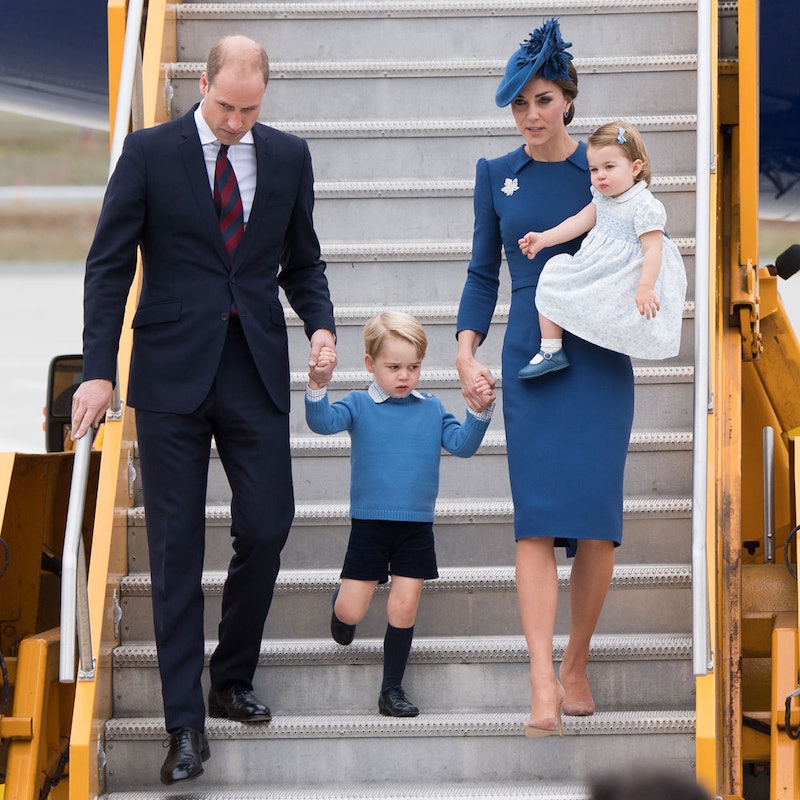 Next week marks a major milestone for both Kate Middleton and Prince George. The four-year-old tot’s first day of school begins September 7, which will undeniably be a big day for Prince William and the Duchess of Cambridge. The royal couple are expected to chaperone their son to Thomas’s Battersea in London, a posh prep school four miles south of Kensington Palace that costs an estimated $23,000 a year (NBD for the little prince). “The Duke and Duchess of Cambridge, accompanying Prince George, will be met on arrival at the school by the Head of Lower School, Helen Haslem, who will then escort Their Royal Highnesses to Prince George’s reception classroom,” the palace announced in a statement. It’s a remarkable moment, as Princess Diana also sent Prince William to a “regular” school—a decision that not only broke royal protocol but harked back to her days as a nursery school teacher. Although George is an heir to the British throne, it’s clear his parents want him to live as normal a life as possible.