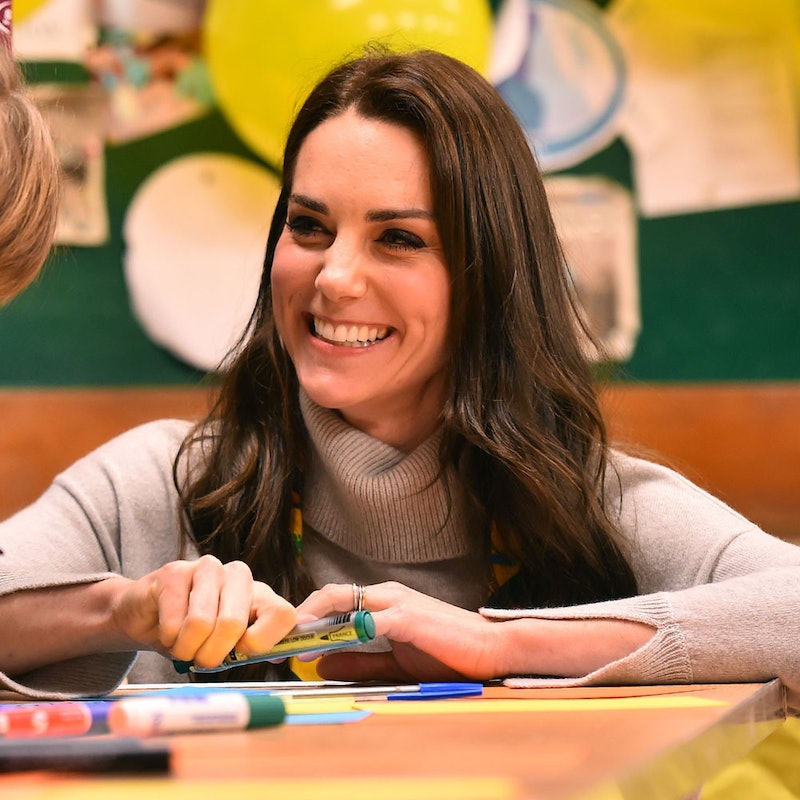 Formally known as Catherine Middleton, it’s safe to say the Duchess of Cambridge has carried a few nicknames in her life: Cath, thanks to Prince Harry; Waity Katie, as cruelly dubbed by the British media before her engagement to Prince William; and the more common, Kate. But in honor of #ThrowbackThursday, we’re sharing a not-so-well-known moniker the Duchess was called back when she was a student at St. Andrews: Squeak. Yep, Kate “Her Royal Highness” Middleton was once known among her classmates as the sound emitted by mice, a chewable puppy toy or—in her case—the school’s guinea pig. “There was one called Pip and one called Squeak, so my sister was called Pip and I was Squeak,” Kate revealed. Now that’s taking the phrase “pet name” to a whole new level.