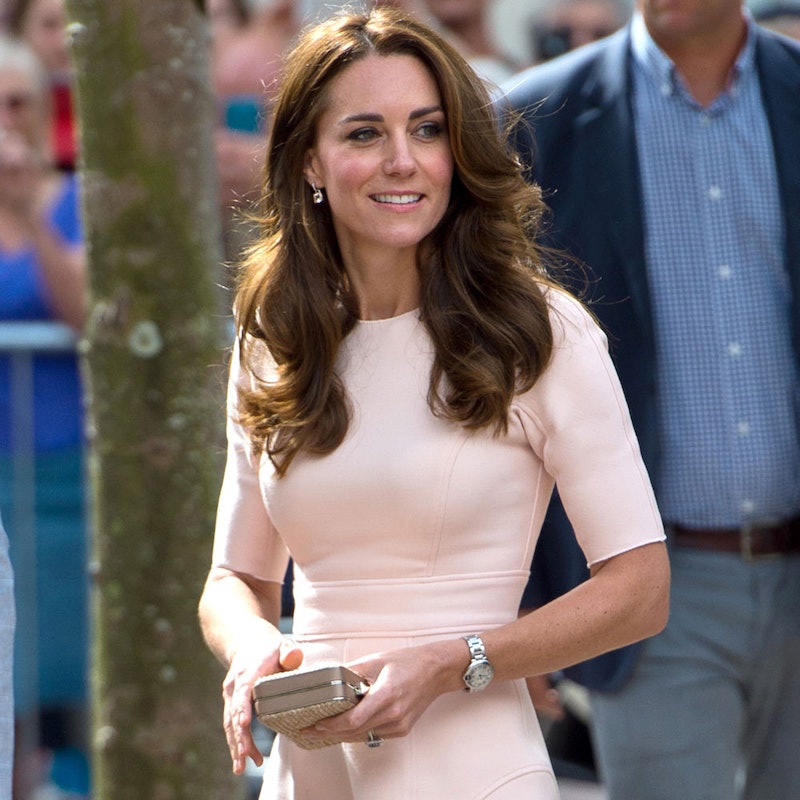 It’s been quite a newsworthy week for the royals. Prince Harry revealed he sought therapy to help him deal with his mother’s, Princess Diana, death. His brother, Prince William, released a PSA featuring a frank FaceTime conversation about mental health issues with pop star Lady Gaga. Now Kate Middleton, who’s previously spoken about her struggles with motherhood, has opened up further about challenges she’s faced since giving birth to Prince George and Princess Charlotte.

During a recent meeting at the Global Academy, the Duchess of Cambridge shared her experience with the co-founders of Mush, an app that connects mothers with one another. “It is lonely at times, and you do feel quite isolated, but actually so many other mothers are going through exactly what you are going through,” she said.

While she called parenting a “rewarding and wonderful experience” in a speech last month, she’s also been vocal about the physical and mental toll that comes with it. “It is being brave enough, like you obviously were, to reach out to those around you,” she told the app’s developers. Motherhood is certainly a feat, and we commend Kate for speaking candidly about the struggles that moms can face.