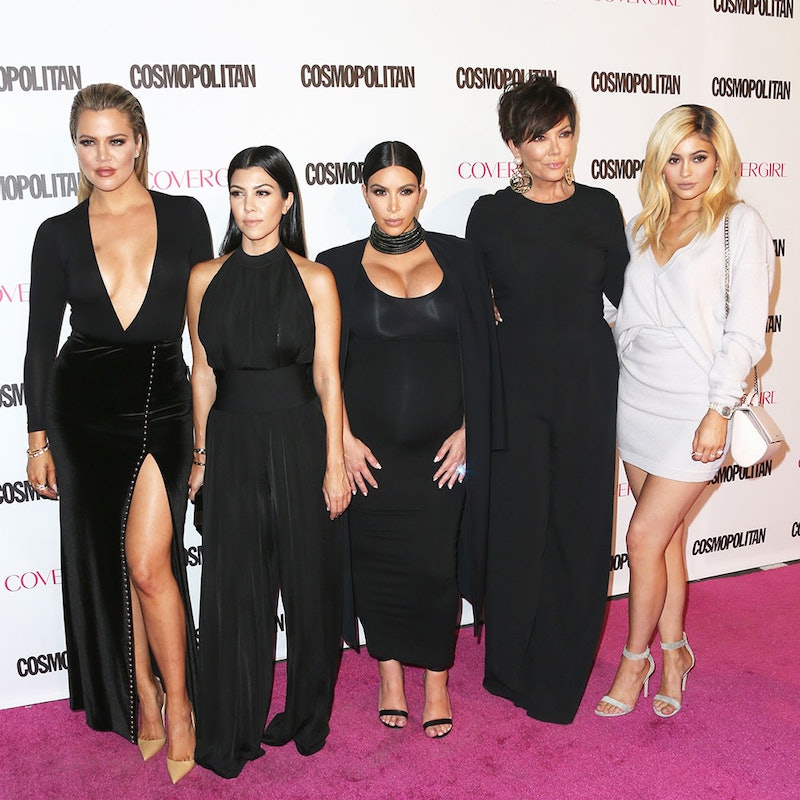 It's been a decade since we were first introduced to reality TV's first family. And now that we're preparing for the tenth anniversary of the Keeping Up with the Kardashians series premiere, we can't say there aren't any questions we'd like Kim & Co. to address ahead of the highly anticipated episode. Luckily, The Hollywood Reporter heard our cries and interviewed the show's stars along with its execs, including OG producer Ryan Seacrest.

The Kardashian-Jenner clan made some surprising revelations—from hilarious to heartbreaking—including that the show was initially titled The Kardashians: Krazy with a K and that Kourtney, who was initially against the show, would hide in the bathroom to cry during the first season. Surely it's not easy being a member of the most talked-about TV family in the country, especially when the pressure falls on their controversial rise to fame. As it turns out, it wasn't just because of that infamous sex tape.

Kris playfully recalled the first episode in which a then-9-year-old Kylie jumped on a stripper pole that was installed in the momager's bedroom. "It became this thing," she said. "When I look back on that, I belly laugh." But it was more than just a water-cooler joke; according to Ryan Seacrest, that was when the lightbulb switched on. "It was in that moment we realized what this show could be," he said. "At its foundation, it was an aspirational, Hollywood reality version of The Brady Bunch. They were unvarnished, and that honesty and irreverence resonated." A former agent for the Kardashians, Brian Dow, added: "There was a lot of authenticity. If you look at the rest of the marketplace at the time, other reality stars were showing you their 'character' and were more guarded."

It's an astute point—in those days we weren't accustomed to completely unfiltered reality that included the completely mundane, making this a first. In the span of a decade, they've managed to leverage that fascination beyond the small screen into fashion and beauty industries. The Kardashian-Jenners are a seemingly unstoppable family force—and despite setbacks like Kendall's widely criticized Pepsi ad and Kim's Paris robbery, it doesn't look like their fame is fading anytime soon. "When we first started, I jokingly said, 'We'll be on season 32, Kylie gets married,'" Kris said. "I was kidding, and here we are, and it's season 14, so be careful what you wish for."

Read the rest of their interview here.