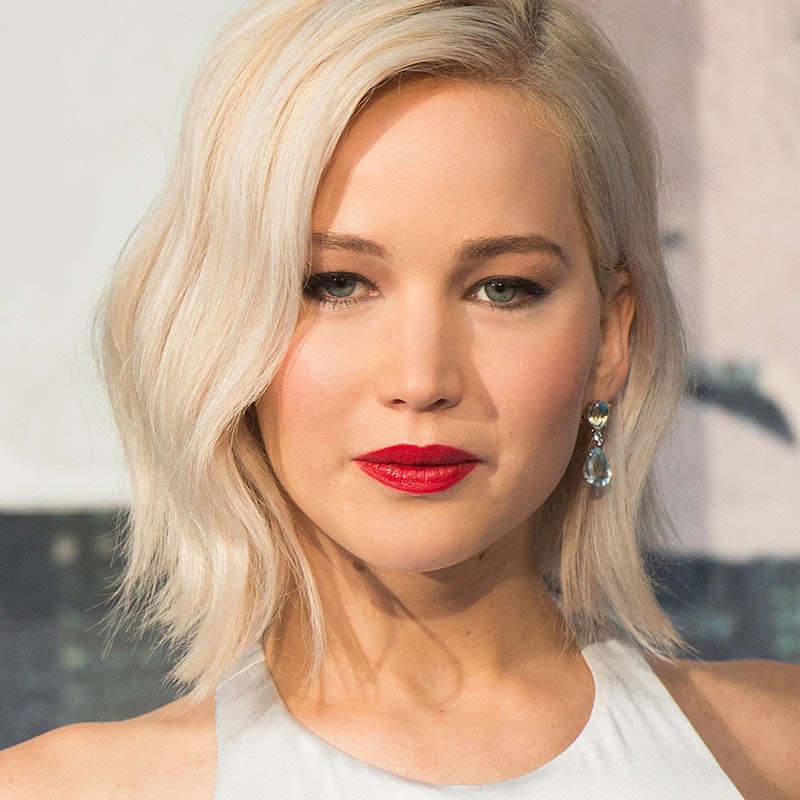 She’s won an Oscar for best actress, spoken out against Hollywood’s stereotypical ways and fronted four Vogue covers—most recently, the magazine’s coveted 125th anniversary issue. Although she’s clearly accustomed to the spotlight and has arguably “done it all,” Jennifer Lawrence is as normal as an A-lister gets. The highest-paid actress in the world even manages to remain down-to-earth in her September cover interview, addressing her all-too-relatable feelings about our increasingly digital world, love for reality TV and long-lasting relationship essentials.

J.Law, who looks unbelievably regal gracing the iconic glossy (accompanied by an original portrait courtesy of fine artist John Currin), admits that she shares the same privacy concerns as we do in an age of constant online judgment, citing the infamous hack a few years back when intimate photos of her and other celebs were leaked.

“It’s scary when you feel the whole world judges you,” she says. “I think people saw [the hacking] for what it as, which was a sex crime, but that feeling, I haven’t been able to get rid of it. Having your privacy violated constantly isn’t a problem if you’re perfect. But if you’re human, it’s terrifying… I’m always waiting to get blindsided again.”

And now that she’s preparing for the release of the horror film Mother!, Jen is more candid about her performance, which left her both vulnerable and raw, having to “go to a darker place than I’ve ever been in my life… I didn’t know if I’d be able to come out OK.” During the filming of one scene, she reveals that she hyperventilated and ended up dislocating a rib to the distress of the crew, who then set up an off-set refuge for her to escape the stresses of working on the movie. “It was a tent that had pictures of the Kardashians and Keeping Up with the Kardashians playing on a loop—and gumballs,” she says. “My happy place.” (Same, Jen.)

As for her new beau Darren Aronofsky, whom she’s been dating since finishing the film, the actress explains why her romance—despite the 22-year age difference—is different than those she’s had in the past: “I’ve been in relationships before where I am just confused. And I’m never confused with him.” But there’s a catch, as Darren isn’t very much of a reality TV fan himself. “He just finds it so vastly disappointing,” she says with a laugh.

Read the rest of her interview here.