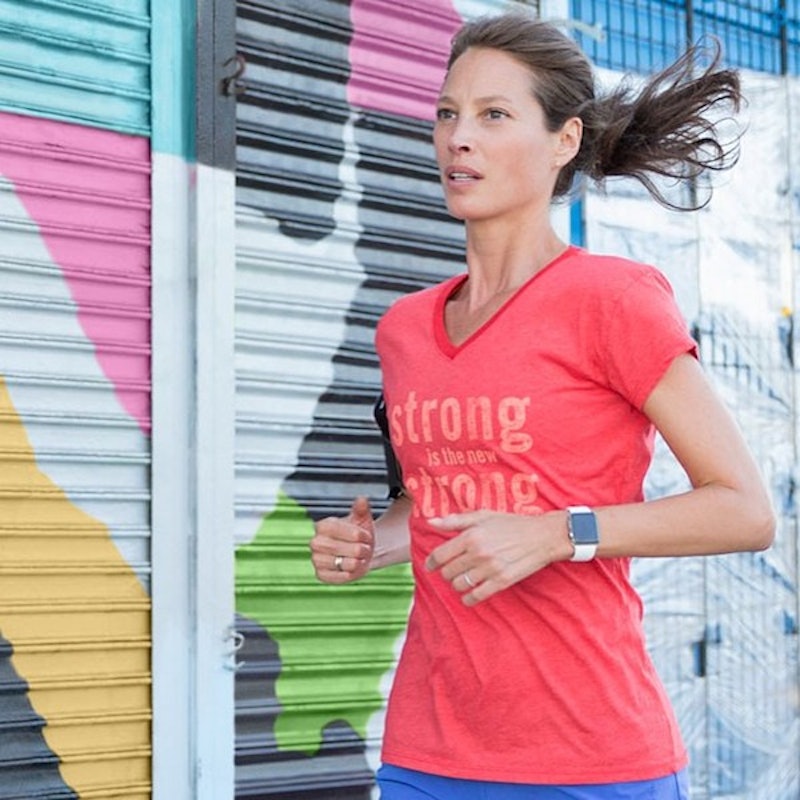 It’s not easy being a woman in 2015. But in spite of the setbacks (crises in the Middle East and Africa, crises in our own backyards), it’s also great to be a woman in 2015. Just check out the company: Amy Schumer, Kate McKinnon and Melissa McCarthy are breaking barriers in comedy; Carly Fiorina and Hillary Clinton are leading the 2016 race to the White House; and the accomplishments of Malala Yousafzai and Serena Williams inspire everyone they reach. We may not always agree with their politics, their social media game or their style, but we can agree that the 15 women above make the word “feminist” sound pretty damn awesome.

Though her résumé is short, Aduba has already cemented her place in TV history, thanks to a stirring (and starring) role on Orange Is the New Black. Last month, she became the first woman to win drama and comedy Emmy Awards for the same role, and her emotional acceptance speech was a stirring call to the industry for more diverse roles for women. We look forward to spending many more seasons with Aduba—and her legendary alter ego Suzanne “Crazy Eyes” Warren.

Turlington Burns may be one of the most famous supermodels in the industry, but it's her role as an activist that sets her apart from her peers. In 2010, the mother-of-two and accomplished yogi founded Every Mother Counts, a non-profit organization that aims to "make childbirth safe for every mother, everywhere." In 2013, she added director to her résumé with the documentary No Woman, No Cry and traveled to some of the most destitute places on earth to raise awareness for women's health.

She may be young, but this multi-hyphenate is building a pro-women empire, thanks to HBO’s Girls, a memoir titled Not That Kind of Girl and the brand new Lenny Letter, a newsletter that takes her message of raw, honest sexuality and womanhood straight to the inboxes of cool girls everywhere.

Without Ellison to back them, some of the most influential films of the last 5 years might never have been made, including Zero Dark Thirty, Her and American Hustle. In 2014, she became the first woman to be nominated for two Best Picture candidates at the Academy Awards.

Mason Neck, Virginia. 61. Republican candidate for US President and chair of Good360. @carlyfiorina

In 1999, Fiorina became CEO of Hewlett-Packard—and the first woman ever to lead a top-20 company and Fortune’s “Most Powerful Woman in Business” for 5 straight years. She is now a front-runner of the Republican 2016 presidential race and a global ambassador of Opportunity International, which provides education and business training to women living in poverty the world over.

Though she’s been ranked one of the 2000s’ top models, Kloss does more than pose. She also attends New York University, bakes cookies for charity with Momofuku and provides computer training to young women through her Kode with Karlie scholarship. Oh, and she’s a Nike athlete.

McCarthy’s raunchy, physical comedy has broken boundaries for women and shows no sign of cooling off at the box office. In 2016, she’ll headline The Boss and Ghostbusters, both predicted hits. Meanwhile, her fashion label Melissa McCarthy Seven7 is changing the game for plus-size women everywhere.

McCartney had a lot to prove when she first entered the fashion world at age 16 (as an intern for Christian Lacroix), being the daughter of a Beatle and all. In the decades since, she has more than made up for her famous pedigree by transforming the way real women dress—with confidence, strength and sex appeal. She is also an outspoken animal rights activist and has removed animal products from every product she designs.

Thanks in large part to McKinnon (above left), Saturday Night Live is experiencing a huge resurgence in popularity—and we get to welcome the likes of Justin Bieber, Ellen Degeneres and Hillary Clinton into our homes every weekend. Next year, the barrier-breaking comedian (she was SNL’s first openly-lesbian cast member) will hit the big screen with Melissa McCarthy in Ghostbusters.

Medine named her hugely-popular fashion blog The Man Repeller because she just couldn’t get enough of, well, man-repelling style. And she didn’t care that her style repelled men. (It didn’t entirely; the writer got married in 2012.) That wear-what-I-want attitude has transformed the fashion blogger game and put the fun back in fashion—as well as the discourse. A proud feminist and clotheshorse, Medine makes taking clothes seriously seem chic. Which it is.

If you didn’t know who Schumer was a couple years ago, we’ll forgive you. Her Emmy Award-winning sketch comedy show and stand-up routines were garnering raves, but she still hadn’t hit the big time. Then she wrote, directed and starred in last year’s runaway hit movie Trainwreck. In one stroke, Schumer redefined the rom-com and made funny the new sexy.

With a posse of bohemian beauties at her side, Wade has taken the fashion and society circuit by storm and not just because she's gorgeous. The New Orleans native is an accomplished artist and poet with verses popping up in galleries and on billboards in her hometown on the fifth anniversary of Hurricane Katrina. An avowed feminist, Wade has spoken at New York University's "Women on the Move" panel and sits on the board of the National Black Theatre. All this, and we still haven't seen her peak.

Phoenix. 37. Inside linebacker coach for the Arizona Cardinals and PhD in psychology. @welter47

The NFL's Arizona Cardinals made history this past summer when they announced that Dr. Jennifer Welter would be their new inside linebacker coach. Why? Welter is, believe it or not, the league's first female coach ever. After playing competitively for 14 years (on several pro teams, including the male-dominated Texas Revolution as their first female player), the 5'2" running back moved to the NFL, quickly earning the respect of her fellow coaches and her players. Who knows what glass ceiling she'll shatter next.

She didn’t win tennis’s much-anticipated Grand Slam this summer, but that hasn’t dimmed Williams’ star in the least. The #1-ranked singles player unveiled her eponymous fashion label with a star-studded show last month at New York Fashion Week, and a whirlwind romance with Drake has done much to stifle body-shaming bullies. Williams makes it clear that with grit, sweat and strength, anything is possible for every woman.

Yousafzai and her father Ziauddin Yousafzai were already outspoken advocates of education in their native Pakistan when, in 2012, a masked gunman shot her in the head while she was riding her school bus. Not long after that, the Pakistani government ratified its first Right to Free and Compulsory Education bill. Yousafzai made a full recovery and never stopped campaigning for education. In 2014 became the youngest recipient ever of the Nobel Peace Prize. Her biographical documentary He Named Me Malala was released in theaters this month.