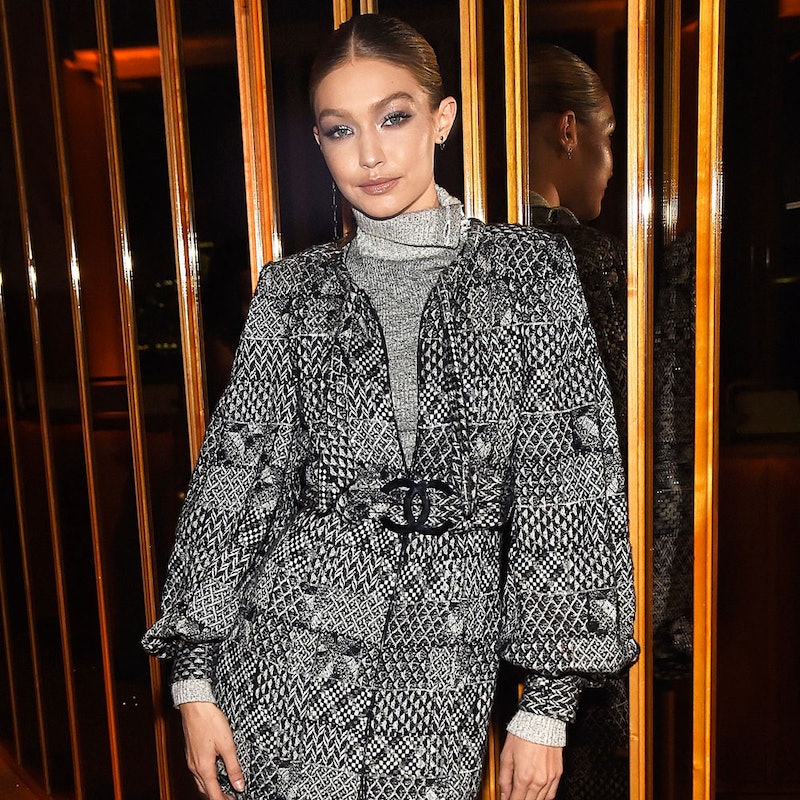 Although she officially began her modeling career in 2013, it turns out Gigi Hadid earned fashion’s biggest honor—appearing in the illustrious Vogue—more than a decade prior to being signed to IMG Models. In fact, she was only five years old when she landed a spread in the magazine’s French variant, and we never would’ve known had she not asked her Twitter followers to search for the now-iconic shot. (And, yes, they delivered.) In the image, we see a tiny Gigi—in wide-leg jeans and a white hoodie—standing in the forefront and holding a metal figurine of the Eiffel Tower. The whole thing is just too adorable for words.

We’re not sure whether she was cast in the editorial or accidentally walked into the frame, but we’re hoping Gigi shares the story soon.