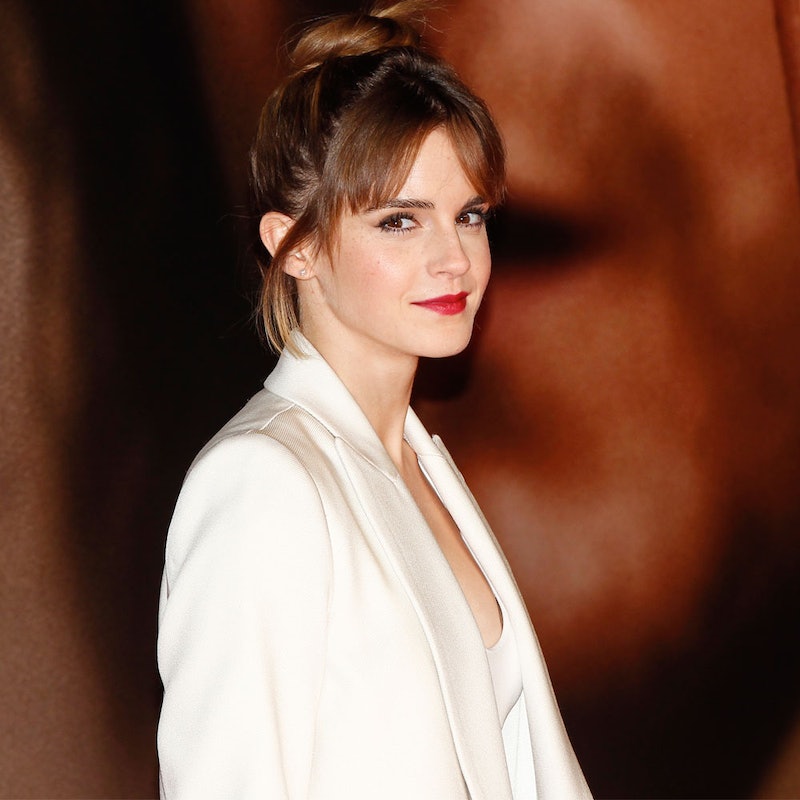 File this under “things we never thought we’d see”: Emma Watson beatboxing alongside Lin-Manuel Miranda—aka the creator and star of Broadway’s latest blockbuster, Hamilton. Demonstrating “the lengths that [she] will go to for gender equality,” the UN ambassador dropped a sick beat for the rapper-composer as he delivered an epic freestyle in honor of Watson’s HeForShe campaign. At the rap session’s end, the actress gasped, “I’m so embarrassed right now, I’m literally the color of a tomato, I’m so red right now,” but Miranda encouraged her by saying, “That was the best!” (We totally agree.) Though this was a playful take, Watson’s unrelenting mission for gender equality is exhilarating as she proves just how devoted she is to a massively important cause. Watch the video here and tell us in the comments below what you think of Emma’s good-humored approach to supporting gender equality.