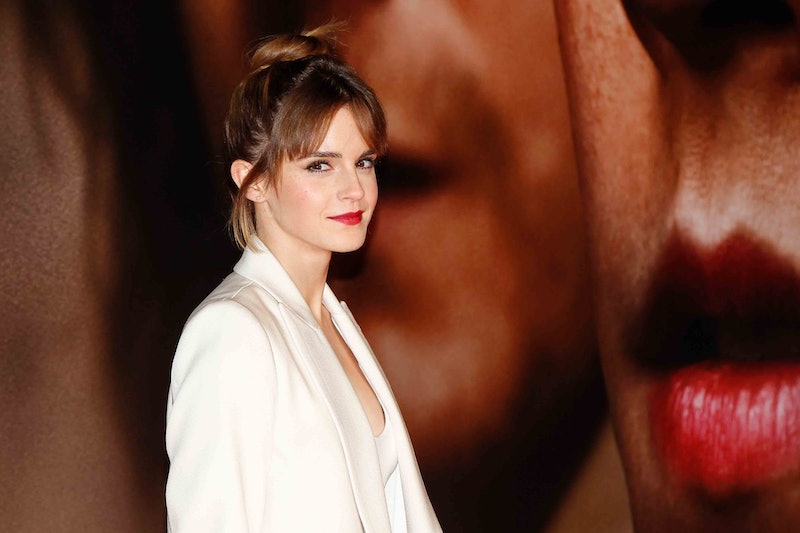 “Feminism is not a stick with which to beat other women,” Emma Watson told a Reuters reporter during her Beauty and the Beast press tour, addressing the backlash she experienced after posing topless—with nothing but a Burberry shrug around her shoulders—as part of her recent cover shoot for Vanity Fair. “Feminism is about giving women choice.” The actress and activist went on to define feminism as women’s liberation, freedom and equality, and wondered out loud to the reporter interviewing her what “her t*ts” have to do with it. “They were saying I couldn’t be a feminist and have boobs,” she went on, visibly frustrated. “I’m always just quietly stunned.” We think she looks lovely both on the cover and in the photo in question (below), and we agree that her body has nothing to do with her beliefs about women’s equality. If only we were so well-spoken under fire—we hope she never bows down to her haters, since we need more poised, active feminists like Emma in the pubic sphere as role models for young girls and, well, for ourselves.

See the photo in question below, and watch the full interview here.