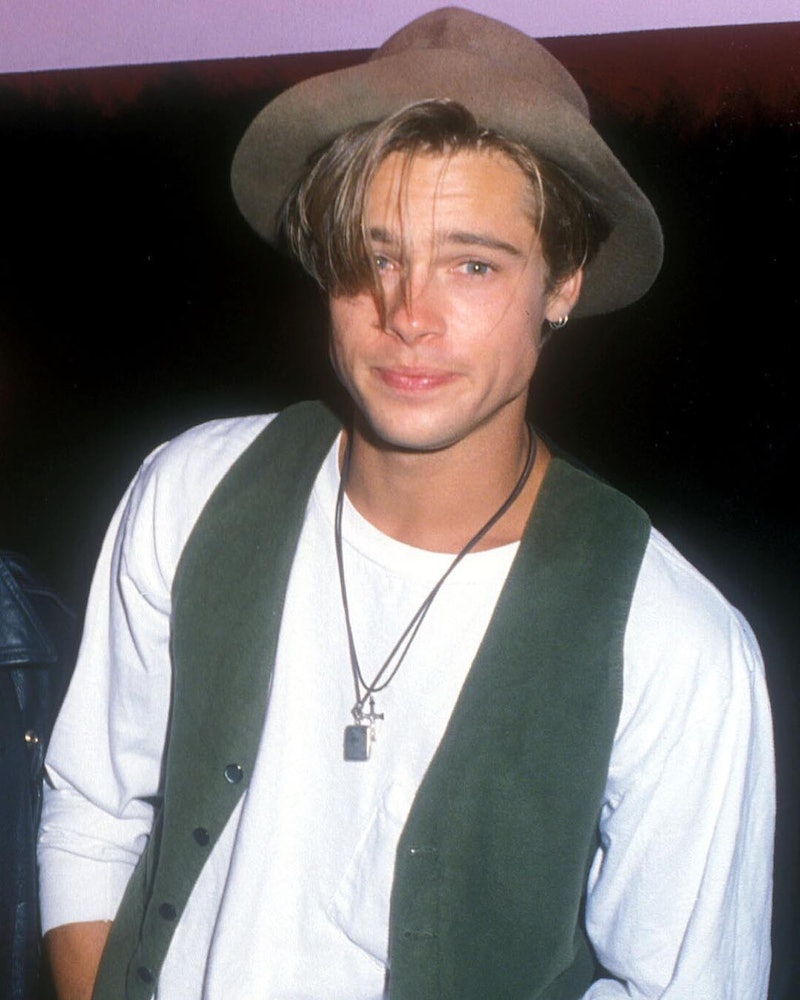 We are huge fans of Brangelina (we were huge fans?!?), but we’re trying to be glass-half-full kind of gals today. Rather than bemoaning this breakup as the end of love and one of Hollywood’s royal couples, we’re trying to look on the bright side. Namely, the fact that BRAD PITT IS SINGLE AGAIN! We’ve been waiting for this moment (for our fantasy version of Brad Pitt) since at least 1998. So, instead of weeping into our matcha tea lattes, we’re choosing to think of Brad as a new man, single and ready to mingle. Here, his Raya dating app profile as imagined by a couple of editors who clearly need the weekend to come ASAP. Picture this slideshow set to the sounds of the Legends of the Fall theme song.

He can be strong and sensitive… remember Tristan from Legends of the Fall? Yep, he thought you might. (You're feeling both sad and turned on right now, aren't you? Brad's no fool.)

Sucks when your favorite photo of yourself also happens to feature your ex—we get it, Brad! If you invite us over, we can help you figure out the photo-editing tools on your iPhone. Just sayin'.