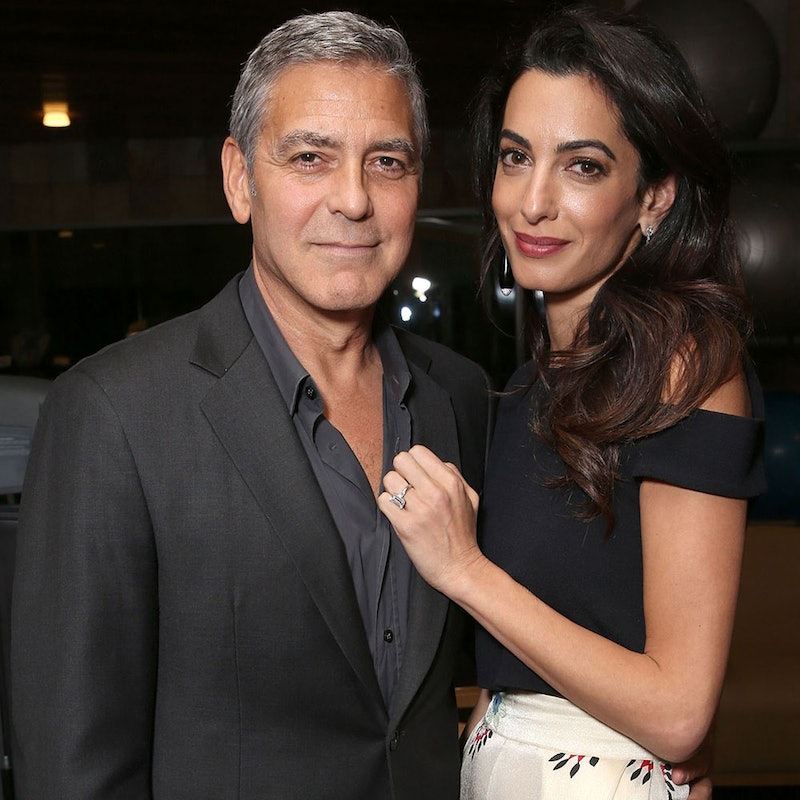 Despite his many talents (acting, filmmaking, activism), George Clooney clearly falls short in one department—picking out baby names. The soon-to-be father of twins with international human-rights lawyer (and #girlboss) Amal talked parenthood at CinemaCon in Las Vegas, assuring the public he feels ready to be a father. “I know swaddling,” he told Extra. “I know what I’m in for.”

But what he clearly isn’t prepared to do is play the baby name game. In an interview with Entertainment Tonight, George revealed what he’d hoped to call the twins before Amal shot him down—rightfully so, we might add. “My wife says I can’t name them Casa and Amigos,” he said. “That’s the one thing I’m not allowed to do.”

Naming your kids after your tequila company? We’d say that’s a no-no. “It was just a thought,” George added. “I mean, you know, it’s a family business.” Perhaps these names will get the ball rolling in time for June?