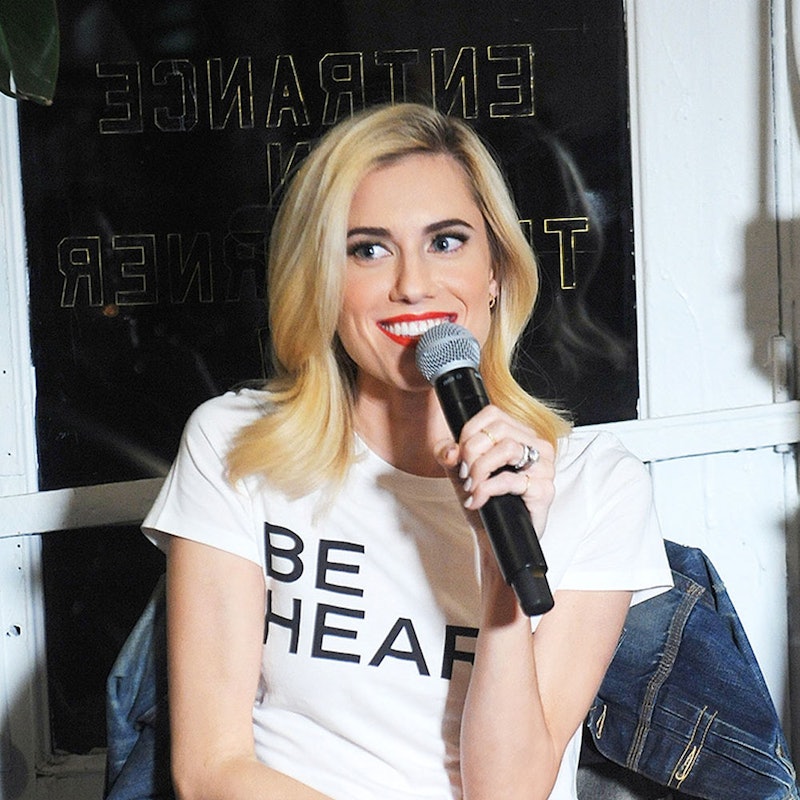 Allison Williams has a special connection to iconic shoe brand Keds. She managed to get her Girls character Marnie to wear its signature red sneakers on an episode of the show and admitted to owning a few too many pairs of the shoes. (“I love them, and I’m a hoarder,” she revealed.) The actress even became the face of the brand, so when asked to participate on its Be Bold for Change panel in honor of International Women’s Day, there was no doubt she was ready to represent.

As she advocated for more gender inclusivity, Allison shared a few words of advice to women (and men) who want to make a change in today’s tense political climate. “Stay vigilant. Stay alert. Know everything that’s happening. Educate yourself. Ask questions more than you answer them,” she encouraged. “I feel that listening rather than talking is much more important these days, especially if you come from any kind of privilege.”

And she’s aware of that privilege, particularly in light of her newly released film Get Out, which is quickly becoming a hit with its haunting representation of racial tensions in America. It’s both racial and gender discrimination that Allison seeks to end—and she managed to take those first steps by helping bring together people who also strive for positive change.

Wearing a fittingly themed shirt that read “Be Heard” paired with her all-white Keds sneakers, Allison sat on the panel alongside actress Maggie Gyllenhaal, writer/activist ShiShi Rose and Girls Who Code founder Reshma Saujani. The event took place at the Tictail Market, a Lower East Side shop where Keds also offered limited-edition sneakers with proceeds from sales going to She Should Run, an organization that supports women running for public office.

“‘Ladies First’ is Keds’ slogan, so it’s not like they’re pretending this is their thing on women’s day. It’s literally just the ethos of the entire company, and it has been for 100 years,” she told us at the event. (She’s right: Last year marked Keds’ 100th anniversary.)

Ultimately, Allison understands that giving women the opportunity to speak their minds is exactly what society needs in its push to make a difference. “Anytime there’s a room full of majority women, powerful things happen—that’s just always been my experience,” she said. We couldn’t agree more.