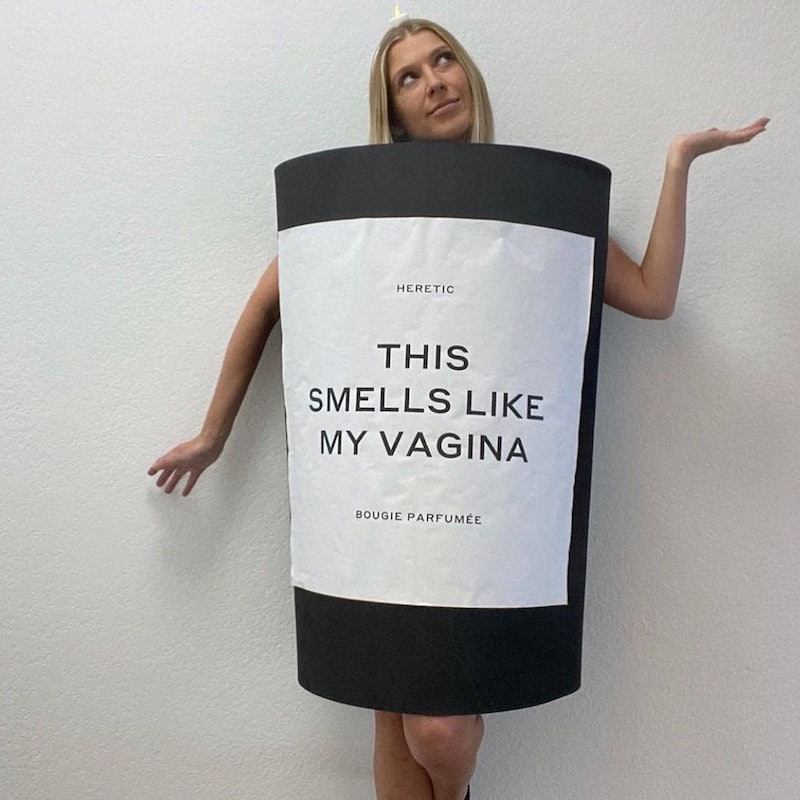 The vagina has been a point of analysis and discussion since the beginning of time — whether that’s via an object of desire, an artist’s muse, a symbol of sexuality, or so much more. But it hasn’t always been so positive. Much of this conversation has been about control, scrutiny, and repression. And while a lot of headway has been made when it comes to respecting the vagina, there’s still a long way to go (see the criticism of Cardi B’s “WAP” for example). Still there’s a lot to celebrate, and you can start by taking a look back at some of the best vagina moments in pop culture.

There’s always been mysticism surrounding female genitalia and how it’s represented. Centuries of shame-based marketing and ideals has made the vagina somewhat taboo to discuss, let alone be seen. This is, of course, not true in every culture, but in modern, mainstream media the vagina has been on quite a journey over the past few decades. To prove it, TZR has taken a trip down memory lane to look back on some of the most memorable vagina moments in film, TV, music, and more. Whether they were hilarious accounts of finding a grey hair “down there” or embarrassing vaginal grooming moments or more frank and honest discussions about owning your sexuality via the V, these 11 moments were powerful and impactful — even if they intended to do the opposite.

As TZR honors and demystifies this often analyzed body part for the month of July with its V is for Vagina coverage, come along and see if these pop culture juggernauts make you feel more comfortable in your skin — or at very least, make you think about how the depiction of intimate parts has evolved over the years. Find them all ahead, in no particular order.

Eve Ensler’s play The Vagina Monologues premiered in 1996 at the HERE Arts Center in New York City, and it was instantly a controversial hit. The theatrical production tackled a ton of issues surrounding the vagina including menstruation and sex (and sexual assault) across various cultures and age groups. It was a huge success, exemplified by the fact that subsequent productions starred the biggest actors in Hollywood, like Glenn Close, Whoopi Goldberg, Lily Tomlin, and Goldie Hawn.

Last year, two of the most successful rappers combined efforts to create what would become an anthem for female sex positivity — though the popularity of the award-winning song was in equal measure to its criticism and scrutiny. For Cardi B. and Megan Thee Stallion, “WAP” was an expression of their sexual desires and satisfaction — something that’s a common practice in male rap songs. However, some critics believed it to be too graphic (both the lyrics and visuals) and even referred to it as demeaning to or exploitative of women. But Megan quickly shut that down when she spoke to GQ, saying that such criticism came from a place of fear and control and that, “Some people just don’t know what to do when a woman is in control and taking ownership of her own body.”

Samantha Jones’ “Grey Hair Down There”

“The Dinner Party” By Judy Chicago

When you think of the vulva as represented in art, your mind might immediately go to the oversized floral paintings by Georgia O’Keeffe (for example, her well-known “Black Iris,” on view at the MET). But in the mid-1970s, feminist artist Judy Chicago took that one step further. Her world famous art installation featured a triangular table with place settings for 39 important historical female figures, each plate designed with a vaginal motif.

In 2010, Jennifer Love Hewitt uttered a term that would stay in the zeitgeist for good: Vajazzle. On Lopez Tonight, she told the host that she was a fan of this practice of waxing and decorating her pubic area with sparkly stickers. The trend may not have lasted very long, but it was an early example of mainstreaming of pubic grooming products (like pubic hair dye and at-home Brazilian wax kits). Now, this category has been evolved to include vaginal washes, pubic hair oils, vulva serums, and more self-care-type products.

From jade eggs to V-steams, Paltrow has been discussing the vagina openly for years now. But one of the most memorable examples of this was when she collaborated with fragrance brand Heretic to create a candle loosely inspired by her own intimate scent. And of course, it instantly sold out everywhere.

In a particularly hilarious episode of Keeping Up with the Kardashians back in 2013, one plot point was Khloe’s visible “camel toe” and her family’s insistence that she needed to do whatever she could to keep it covered up. But by the end, the youngest Kardashian sister decided to embrace her anatomy and not feel ashamed, saying, “I have to go back to the mindset that if you see it, that’s my gift from me to you. And it’s a beautiful gift.”

Long before there was an entire product category devoted to the upkeep (as opposed to removal) of pubic hair, the rock band depicted a female’s nether region — complete with a tuft of visible pubic hair — on its 1994 Amorica album cover. (The shot was pulled from Hustler’s July 1976 cover.) It may have been banned by some retailers, but ultimately it led to some important discussions around different depictions of sexuality and beauty.

Of course Paltrow couldn’t just have one moment on the list. On her 2020 Netflix series The Goop Lab, one episode, “The Pleasure Is Ours,” was devoted to the female orgasm. Featuring then 90-year-old sex educator Betty Dodson (who has since died), the episode featured graphic depictions of vulvas as a way to educate, inform, and demystify. And the result was pretty powerful.

Directed by Emma Westenberg and styled by Alexandra Mandelkorn, Janelle Monae’s PYNK video — like the song itself — was a love letter to the vagina, complete with pink vulva pants.