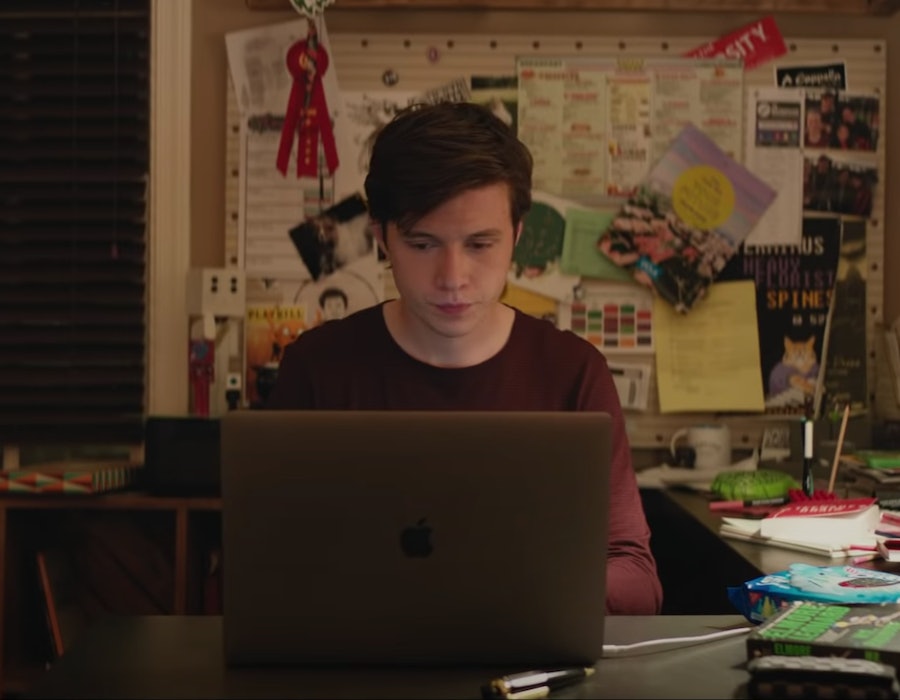 Pride month is about celebrating the stories and history of those who make up the lesbian, gay, bisexual, transgender, and queer community. Those fully vaccinated and eager to resume business as usual are probably researching and filling up their calendars with Pride-adjacent public events they can potentially attend in the weeks to come. For those who aren’t quite ready to be a part of a big crowd just yet, there are still plenty of ways to get into the spirit — including binge-watching some award-winning LGBTQ+ movies.

But before you dive into the films that will educate and inspire you this month, it's important to acknowledge other ways you can honor and support the community. For example, if you're able to, research causes to which you can donate (such as The Trevor Project, Transgender Law Center, PFLAG, or your local LGBTQ+ center). Many of these organizations are also in need of volunteers if you're looking for even more ways to give back.

That said, this is also a time to laugh, cry, and learn. All of which you can do from the privacy of your own home by turning on some memorable, beautiful, and enlightening films that tackle issues faced by the LGBTQ+ community, like prejudice, homophobia/transphobia, and the AIDS epidemic. As well as themes everyone can relate to, like the pursuit of love and acceptance. Ready to start your movie marathon? Press the play button to tune into the 16 films ahead.

This drama film premiered at the Sundance Film Festival in 2018, where it also won the Grand Jury Prize for U.S. Drama. Directed by Iranian-American filmmaker Desiree Akhavan, who is a member of the LGBTQ+ community, this movie recounts the story of a teenager named Cameron Post (played by Chloë Grace Moretz) sent to a gay conversion therapy center.

This French drama takes a look at the pivotal period in LGBTQ+ history by highlighting the world of AIDS activism of ACT UP Paris in 1990s France. The film had its world premiere at the 2017 Cannes Film Festival, where it won critical acclaim and four awards, including the Grand Prix.

Watch on Kanopy or Prime Video

This film is centered around the real-life story of Ron Woodruff, who created what would become known as the Dallas Buyers Club — one of the groups that would find and distribute drugs to treat HIV at a time when the disease was poorly understood — after contracting the human immunodeficiency virus (HIV) himself. The movie features a stellar cast of actors like Matthew McConaughey, Jared Leto, and Jennifer Garner while the film itself garnered several Oscars and Golden Globe awards post-premiere.

This 2018 coming-of-age rom-com tells the story of Simon Spier, a closeted gay high school boy who struggles to balance his friends, his family, and the blackmailer threatening to out him to the entire school. In addition, Spier attempts to discover the identity of an anonymous classmate with whom he has fallen in love with online. The movie has won several Teen Choice Awards, while film director Greg Berlanti was honored with the Trevor Hero Award from The Trevor Project — an accolade given to someone who serves as an inspiration to gay and questioning youth.

Though this 2017 Oscar winner (for Best Picture) is broadly about a young Black man coming of age, some of its most tender moments come from the subtle love story between the main character and his childhood friend, with whom he forms a deep and romantic connection — albeit one that must often be restrained.

Chilean director Sebastián Lelio took home the Academy Award for Best Foreign Language film in 2017, in no small part due to the tremendous performance of Daniela Vega, who plays the lead role of a transgender woman who loses her boyfriend and must battle transphobia and prejudice as she attempts to mourn the loss of her loved one.

Long before there was Pose or Ru Paul's Drag Race, many people's first glimpse of ball culture came from this iconic 1990 documentary, set in late 1980s New York City. It examines the queer/transgender community amidst struggles of AIDS/HIV, gender, sexuality, and class — while still managing to celebrate life through their art.

Watch on Kanopy or Apple TV

This 1996 remake of French film La Cage aux Folles stars Nathan Lane and Robin Williams as a Miami-based gay couple (who are also drag club owners) meeting the conservative parents of their heterosexual son's future wife. It offers many iconically comedic moments while opening up an important dialogue about homophobia and acceptance.

This 2005 film isn't just one of the most epic queer love stories — it's one of the greatest love stories in the history of cinema. Set in rural Wyoming, it shows an unconventional romance between Ennis and Jack, whose deep affection for one another must remain secretive throughout the years — even as they move forward with relationships and families they believe to be more conventional.

This 2015 indie film was remarkable for a couple of reasons: It's all (beautifully) shot on an iPhone 5, its heroine is a transgender sex worker, and it boasts a mostly LGBTQ cast.

Gus Van Sant has made a few LGBTQ-positive films, but his biopic about the first openly gay elected official in California, Harvey Milk, might just be his most well-received work. Starring Sean Penn in the eponymous role, the movie is just as celebratory as it is heartbreaking.

This 2015 film is as visually stunning as its central love story — between a young shop girl/photographer and a wealthy, married Manhattanite — is beautifully compelling. As they both navigate ultimately unfulfilling heterosexual relationships, they find themselves drawn to each other despite their inherent differences.

Get a dose of LGBTQ history by turning on this award-winning 1984 documentary that dives into the moments leading up to the 1969 Stonewall riots.

One of the first major films about HIV/AIDS, this 1993 legal drama starring Tom Hanks was many peoples' first look at the heartbreaking toll of this disease, which it also normalized and humanized.

Watch on Prime Video or Hulu

LGBTQ Movies: The Adventures of Priscilla, Queen of the Desert

This 1994 Australian comedy remains a cult classic due to its memorable costume design, its epic road trip, and its funny and touching look at drag culture in the early 1990s.

LGBTQ Movies: Portrait Of A Lady On Fire

Released in late 2019, this French film was instantly welcomed into the LGBTQ+ canon. It follows the romance that blossoms between a grief-stricken and reclusive soon-to-be bride and the artist hired to paint her wedding portrait.

This article was originally published on 6.10.2020