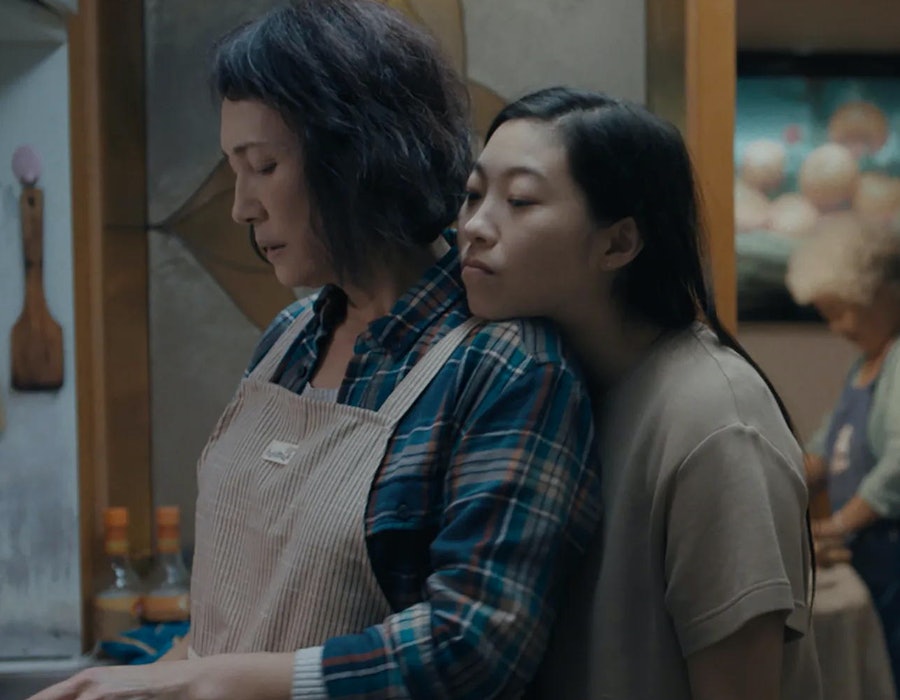 May is Asian American and Pacific Islander Heritage Month. Everyone can celebrate this holiday by being proactive in supporting the AAPI community, whether that’s through donating to organizations like Asian Americans For Equality or speaking up against (and reporting incidents of) hate crime against AAPI individuals. Aside from these actionable contributions, you can also take the time to support the artists coming out of this community. One way to do this is to simply watch and stream AAPI movies and shows. You’ll be able to get a glimpse into the lived experiences and diverse cultures of the broader Asian diaspora.

Ahead, TZR rounded up 13 movies you should definitely consider streaming this weekend. If you’re in the mood for some rom-com with an all-Asian cast, tune into Crazy Rich Asians. Should you want a semi-autobiographical take on what it’s like to be an immigrant in the United States, watch Minari. Warning: definitely keep a box of tissues nearby for this one. In addition to supporting Asian actors and filmmakers, you can also immerse yourself in books about the Asian-American experience or purchase goods from these Asian-owned businesses. All these actions are small steps to understanding and appreciating other cultures, so do the work and don’t stop, even after AAPI Heritage Month is over. Without further ado, check out all the movies that’ll make you cry and laugh ahead.

AAPI Movies To Stream: The Farewell

The Farewell is a moving story centered around Billi Wang (played by Awkwafina) who goes on a trip to China with her family. There, she not only encounters conflicting emotions about her identity (Wang is Chinese, but grew up in the states), but also familial obligations, and, ultimately, the prospect of death. The film is loosely based on director Lulu Wang's personal life, which she discussed in her radio story What You Don’t Know that aired on This American Life.

Based on the bestselling book by Kevin Kwan, Crazy Rich Asians was turned into a film and released in 2018 by filmmaker Jonathan Murray Chu. The story follows a Chinese-American professor Rachel Chu (played by Constance Wu) who meets her wealthy boyfriend’s conservative family for the first time in Singapore. Crazy Rich Asians was the first film to be produced by a major Hollywood studio — Warner Bros. Pictures — since The Joy Luck Club (1993) and features an all-Asian cast in a modern setting. The popular movie garnered critical acclaim — it received two Golden Globes nominations and won Best Comedy at the 24th Critics' Choice Awards.

AAPI Movies To Stream: Raya and the Last Dragon

In the mood for an animated film? Check out Raya and the Last Dragon, which features a predominantly Asian-American cast. The voice actors include Star Wars’ Kelly Marie Tran (she plays the protagonist Raya) and Awkwafina as Sisu, the mythical dragon who becomes BFFs with Raya. Other notable stars are Gemma Chan, Daniel Dae Kim, and Sandra Oh. The story follows Raya who tries to recover parts of a broken orb taken by the different tribes in Kumandra. She travels through Fang, Heart, Spine, Talon, and Tail in search of the pieces so that once whole, the orb can help banish the Druun — evil spirits who petrify and freeze people. Along the way, Raya shows the different communities what it means to come together to save the world. A major theme here is trust — trust in oneself and trust in others.

A debut feature by Korean-American filmmaker Andrew Ahn, this 2016 drama garnered favorable reviews by critics and casual movie watchers alike. (It received a 96 percent critics rating on Rotten Tomatoes.) The feature film follows the story of David, an 18 year old living in Los Angeles’ Koreatown, who becomes an employee at a spa to help his financially struggling parents. He soon discovers illicit gay sex between the customers, which forces him to confront his own sexuality.

This 2014 American rom-com documentary was directed by siblings Geeta V. Patel and Ravi V. Patel. It explores the story of finding love and the idea of marriage. In particular, the movie highlights cultural traditions of immigrant families as well as generational expectations from elders. All the storytelling is done through the eyes of the Patels' first-generation Indian immigrant family in America. The best part? You can stream this film for free right now on YouTube.

AAPI Movies To Stream: Always Be My Maybe

This 2019 rom-com was written by comedian, actor, and writer Alexandra Dawn Wong aka Ali Wong. Wong also plays the leading female role in the Netflix movie. The story revolves around two childhood friends, Sasha Tran and Marcus Kim (played by actor Randall Park), who reconnect after spending 15 years apart and try to rekindle the romantic chemistry from their teenage years. The theme of this film? Remember your roots, no matter where life takes you.

If you’re a fan of John Cho, you have to watch Columbus. Cho plays a Korean-American man who visits his dad (a renowned architecture scholar who falls sick) in Columbus, Indiana. During his visit, he befriends a woman in town named Casey (played by Haley Lu Richardson) and they develop an intimate relationship, but what will become of it? This movie provides a complex look at lives in a small town.

Speaking of small towns, this next film, Minari, takes place in the 1980s on a farm in Northwest Arkansas. Written and directed by Korean-American screenwriter Lee Isaac Chung, the movie’s a semi-autobiographical take on Chung's own upbringing. The story follows South Korean immigrant Jacob (played by Steven Yeun) who dreams of running his own business aka a farm. This unstable rural job causes friction and tension with his wife Monica (played by Han Ye-ri), who looks after their two young kids. Things become even more complicated when Monica’s mom (played by Youn Yuh-jung) arrives to town. Fun fact: the Korean word minari translates to water celery, a leafy vegetable with a green, peppery flavor found across East Asia. This, of course, has a significant meaning in the movie.

This 1993 American drama film is all about the relationships between Chinese-American women and their immigrant mothers. Through the interactions amongst eight characters, the movie gradually reveals the hidden pasts of the older women. Meanwhile, their daughters reckon with how their lives have been shaped by the clash of their Chinese and American cultures. This classic movie explores the topics of identity, language, and the mother-daughter bond.

This deeply powerful and personal film is by Emmy-winning screenwriter, producer, director, and actor Alan Yang. The film is loosely based on his experiences as the child of immigrants and what his father had to go through as he moved from Taiwan to the Bronx to chase the American dream. You’ll recognize one of the main leads in this film is Hong Kong-American actor Tzi Ma, who has appeared in other movies such as Rush Hour and The Farewell.

This independent feature film was written and directed by Tze Chun and centers around a single mother Elaine Cheng (played by Cindy Cheung) who gets involved in pyramid schemes. Cheng, who is an immigrant and living in the Boston suburbs, is eventually arrested, leaving her two young children to fend for themselves. The film was shot in just 20 days in New York City (and four days in Boston). After first premiering at the 2009 Sundance Film Festival, Children of Invention was screened at more than 50 other film festivals and won 17 festival awards, including eight Grand Jury or Best Narrative Feature prizes.

AAPI Movies To Stream: The Half of It

In this coming-of-age movie, Ellie Chu (played by Leah Lewis) helps a jock write love messages to his crush Aster Flores (played by Alexxis Lemire). They develop an unlikely friendship with each other, but that becomes more complicated when Chu starts falling in love with Flores herself. The movie takes place in a fictional town called Squahamish in Washington state and with that comes all the stereotypical qualities you’d expect of a tiny community. Themes explored here include race, class, sexuality, identity, friendship, and love.

Nora From Queens is technically not a movie, but deserves a loving mention anyways. This comedy television series is based on Awkwafina’s real-life experiences of being raised by her dad and grandma in the Flushing neighborhood of Queens, New York City. The show first premiered in early 2020 and has been renewed for a second season, which is slated to come out sometime this summer. Children of immigrants living in NYC will relate to Nora trying to find her way in life while juggling her Asian and American identities.