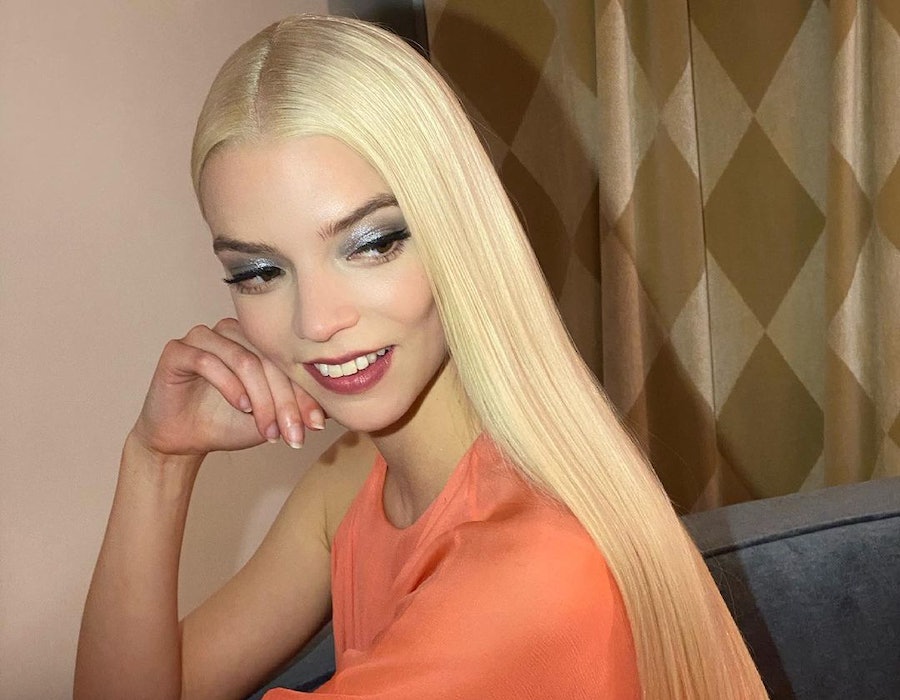 Based on the sheer numbers required to successfully pull off an episode of Saturday Night Live, it takes a lot to yank focus from the show itself. There’s the cast lineup, of course, stuffed with comedy stars who routinely make the headlines they joke about. Then there’s the 12-piece band keeping the energy up with swingy jazz riffs, the hundred-plus crew members, and full-capacity audience to contend with for attention — not to mention the superstar musical guest. But first-time SNL host Anya Taylor-Joy’s beauty look, complete with ‘60s-inspired hair and makeup, managed to instantly steal the show anyway, from her promo photos to the first lines of her (bilingual) monologue, all the way through closing goodbyes.

The look even held up despite an impromptu meet-and-greet with fans who gathered outside on the plaza, hoping to catch a glimpse of the Queen’s Gambit star. Taylor-Joy’s hair and makeup oscillated between subtly ‘60s and all-out homage, putting her squarely on-trend as the decade has been popping up as a major style and beauty reference point all year. Below, check out the complete breakdown of exactly how her glam team constructed these retro looks with tips and favorited tools straight from the pros themselves.

Taylor-Joy’s appearance featured two different hairstyles, one elaborate style for promotional photos and one more versatile for the actual show. Both were created by hairstylist-to-the-stars Gregory Russell, who also works with celebs like Lily Collins and Demi Moore. The promo style is a total Twiggy throwback, with Taylor-Joy’s hair teased into a half-bouffant at the crown that gives way to full, rounded curls. As Russell tells it, his inspiration came from the actor’s fashion styling for the show which featured lots of structured silhouettes and mod details.

“I was inspired by the style of the clothing to create a classic voluminous 1960’s style,” Russell says in a press release breaking down the look. Using Pureology and Olivia Garden hot tools and styling products, Russell first applied Pureology On The Rise Mousse to damp hair before blowing it out with a ceramic hair dryer and round brush. After cooling and spritzing a few layers of Pureology Soft Finish Hairspray, Russell says he teased the crown with his Olivia Garden Style-Up Combo Teasing Brush, gathering it into a half-pony using a regular hair tie and taking care to leave the front two inches of hair out and pinned away. From there, he added some body movement with the help of a flat iron and finished the whole look with a round of even stronger hairspray.

For the actual show, Russell and Taylor-Joy needed something that could withstand several wig changes and still look great by night’s end. “Because Anya had so many different looks, I wanted the hair to be sleek and timeless,” Russel explains. “I created a sleek, clean look that was versatile yet strong.” The pin-straight style, complete with a laser-precise center part, subtly evoked hippie beauty. Again starting with damp hair, Russell first worked some Pureology Color Fanatic Multi-Taking Leave-In with a “small, pearl-sized amount” of Smooth Perfection Serum throughout the length. After blowing out Taylor-Joy’s hair using the same Olivia Garden hair dryer and round brush, Russell carefully straightened her hair with an Olivia Garden ceramic flat iron. “This was the hero product of the look,” he says. To cap off the look, he added some shine with the Pureology Shine Bright Serum mixed with a bit of water, starting first with the very ends of her hair before working his way to the face-frame. Pureology’s Lock It Down Hairspray completed the look.

To complement the show-stopping hair, makeup artist Georgie Eisdell worked with Dior Beauty on Taylor-Joy’s makeup. While the celebrity artist (who also works with Thandiwe Newton and Sophie Turner) didn’t share exactly which products created the shimmering metallic makeup, she did provide a detailed glimpse of the Youth To The People skin care and Dior makeup used for the look. For promotional images, Eisdell drew her take on the graphic liner you’ve seen dominating your Instagram feeds (and on The Queen’s Gambit, too) while the actual show was all about a glimmering silver shadow with liquid liner. For the latter, Eisdell layered on metallic shadows from the Dior 5 Couleurs Eyeshadow Palette in Black Bow while Dior Forever Skin Matte Foundation made face shine nonexistent.

Taylor-Joy has spent all of award’s season in some of the best hair and makeup looks we’ve seen, and this season finale of SNL might have just exhibited her best work yet.