Her curls stole the show. 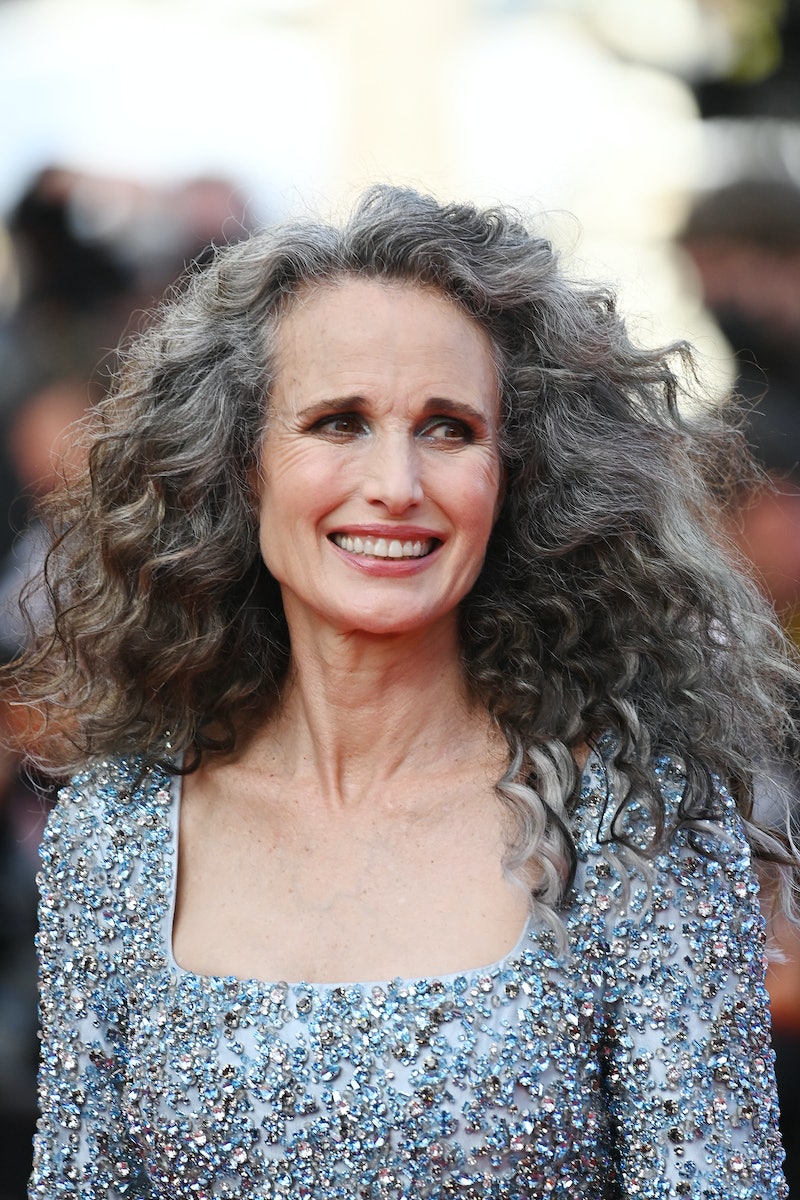 Now that in-person events are returning, it’s not exactly surprising that stars are bringing their A-game to the red carpet — especially when it comes to gatherings as glamorous as the Cannes Film Festival. Though the annual festival began only two days ago, we’ve already been graced with an array of incredible beauty and fashion looks. Stars like Jessica Chastain and Bella Hadid have wowed spectators with their chic elegance, but Andie MacDowell’s 2021 Cannes Film Festival beauty look is certainly one of the most memorable.

The 63-year-old actor is known for her roles in films like Groundhog Day and Four Weddings and a Funeral as well as her striking beauty — particularly, her mass of chestnut brown curls. However, MacDowell started embracing her natural grays last year during quarantine, and on the opening night of this year’s Cannes festival, she had them on full display. A perfect complement to her beaded Prada gown, MacDowell’s voluminous curls featured streaks of silver as well as her previous natural brown shade.

The entire look screams mermaid glamour, down to the touch of turquoise shimmer on her eyelids. The rest of her face was kept natural and minimal, with a soft flush on the cheeks and a rosy lip. A longtime spokesperson for L’Oreal, MacDowell wore a full face of the drugstore brand’s makeup, including their True Match Foundation, Infallible More Than Concealer, and Lash Paradise mascara.

On day two of the festival, MacDowell opted for a low pony and sleek white Atelier Versace gown. Her makeup was a bit more dramatic, featuring black eyeliner and a bright red lip. It’s not clear which exact products were used, but once again she had a full face of L’Oreal.

MacDowell shared her Cannes looks on Instagram, tagging her makeup artist Val Garland and explaining how they chose this particular lip color. “Val explained to me that red lips in the summertime should have a little bit more orange in them,” she says in her caption. “Like the sunshine and she’s exactly right.”