It's gentler and leaves your skin extra soft. 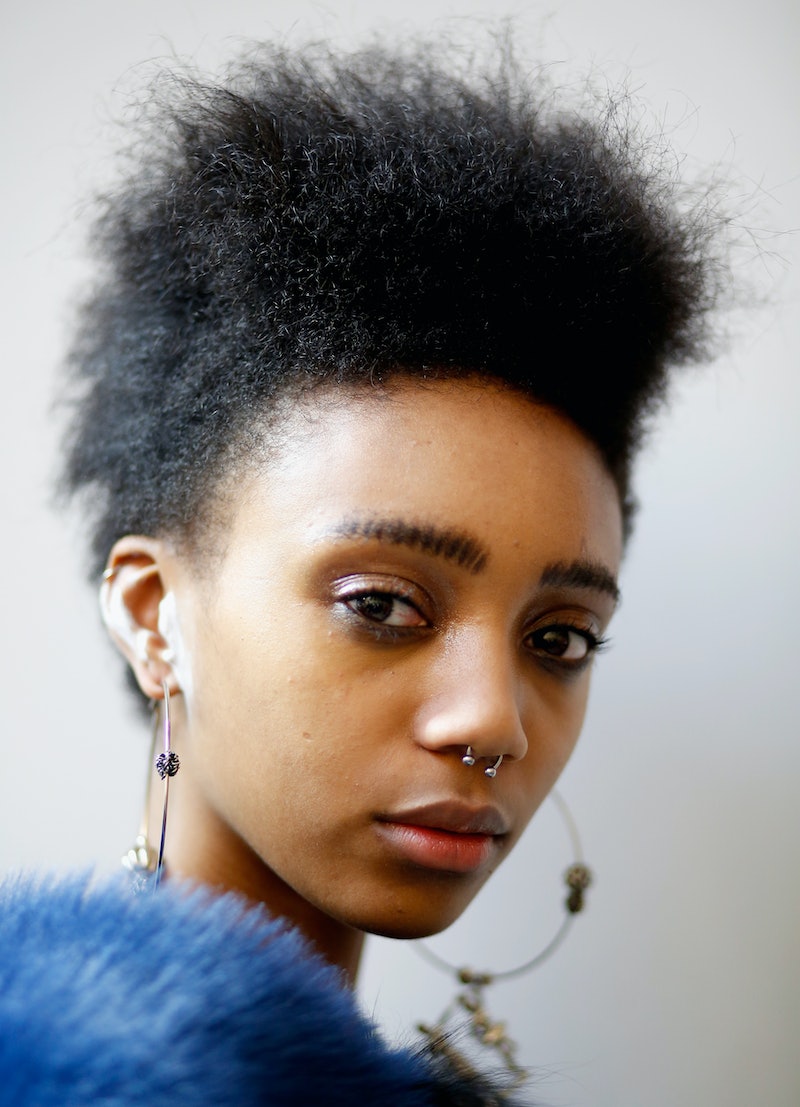 When I was younger, I would watch my Palestinian aunts and grandmother mix sugar and lemon in a big pot. The mixture would fuse together to create a giant ball of what looked like rosin for the bow of my viola, but stretchy and gooey enough to be part of an ASMR slime video. But this pile of goop was not for playtime — instead, they’d rip off little pieces, stretch it across their legs and armpits, and yank it right off (taking all of their body hair with it) without so much as a flinch. This was my first introduction to sugaring, an all-natural alternative to traditional wax for hair removal — but it definitely wasn’t my last.

Sugaring has slowly gained mainstream popularity in Western countries, but the ancient practice of hair removal actually dates back thousands of years and is rooted in Middle Eastern culture. One of the most iconic beauty mavens, Cleopatra, was actually said to be a fan of sugaring. It started out as a pampering treatment for many Egyptians during her time and has remained a popular hair removal technique ever since.

So, what exactly is unique about this syrupy substance that people have been slathering on themselves for centuries?

“It's a sugar-based wax that, with the right formula and the right form, can be applied and removed by hand,” says Salome Sallehy, founder of Sugar Sugar Wax. “The magic of sugar wax is that it strictly adheres to the dead skin cells, which is what hair is made out of.”

Though it does have a similar consistency to modern waxes, which can be made from other natural ingredients like beeswax and rosin, the application process is a bit different than what you may be used to. “Compared to conventional wax there are so many differences,” says Sallehy. “When you apply sugar you're applying it against the direction of the hair, [which is] is the opposite of traditional waxing or conventional waxing. When you flick it off, it's removing hair in the direction of hair growth.”

When it comes to hair removal, there are tons of options to choose from: depilatory creams, conventional hard and soft waxes, and of course the almighty razor. But what makes sugar waxing stand out is that it’s gentler on the skin while also providing a skin-softening exfoliating treatment at the same time.

Sallehy says that sugaring is known to create less pain and irritation because sugar wax is less likely to stick to live skin cells and will instead only grab the actual strands of hair — that means less painful pulling at your skin overall. While the amount of discomfort depends on your tolerance, it should be less than what you might have experienced with traditional wax. It’s much more similar to the sensation of tweezing.

Says Sallehy, “Conventional wax comes with a few issues like skin being ripped off, bruising, or just having redness and that raw feeling. With sugar wax, you’re not damaging the skin because it is adhering only to the dead skin cells.”

She also explains that because you’re removing the hair from the follicle, as opposed to cutting it at the surface of the skin like you do with a razor, it takes hair a little bit longer to grow back in (a major benefit). “Obviously, that's an outlier since hair growth has a lot to do with genetics, age, and your natural hair growth cycles, but we're seeing pretty much on average four to six weeks of regrowth time.”

Ready to give sugaring a chance? Before you get to waxing, Sallehy does note that there’s a bit of a learning curve to sugaring, so don’t be disappointed if your at-home waxing session doesn’t go smoothly the first time.

“If you're transitioning [from shaving or conventional wax], you're not going to get it overnight,” she says. “You've been shaving for years, maybe decades, so you know what it's like. Maybe you don't remember that there was a learning curve with shaving.”

Thankfully, Sallehy has a few tips for making your waxing session a little smoother. Priority number one? Making sure your skin is clean before you start. As she explains, “You're removing hair from the follicle, which is going to open up the pores, and if you don't have a clean slate to start with, dirt and impurities that are living on your skin is going to climb right into your pores, which is why we get breakouts or a lot of irritation.”

Though most people recommend exfoliating before using conventional waxes so it can adhere to your hair better without sticking to your skin, Sallehy says that you don’t need to exfoliate before using a sugar wax for two reasons: this particular wax already won’t stick to your skin and it already has exfoliating properties. In fact, she recommends ditching your exfoliants for a full week after sugaring in order to keep that smooth, “post-sugaring glow” going without over-exfoliating your skin, which can lead to issues like irritation, redness, and inflamed skin.

And because sugar dissolves in water, Sallehy stresses that you have to ensure your skin is totally dry before applying the wax. “If you're just out of the shower and you have moisture on the skin, it's not going to work as well because it's creating a water barrier between the sugar and the dead skin and the hair,” she says. So give yourself a thorough towel dry post-shower or bath before you get to sugaring.

So, now you’re ready to dig into that sugar wax, but how you use it is just as important as prep. Sallehy suggests the “triple-pull technique” in order to grab each and every hair from your chosen area.

But first, proper application is key. Though many people would assume the application is similar to conventional waxes, sugar wax actually has a few nuances to keep in mind. You have to stretch out a small piece of the wax — think half the size of a ping pong ball for your armpits, and a full ping pong ball for larger areas like your legs and arms — until it becomes a tacky consistency. Then, apply the ball of wax to the area you’re waxing and stretch it against the hair growth, not the direction of hair growth like other waxes.

Once you’ve applied it, you want to gently pull and stroke the wax in the same direction as you applied it in order to bind it to your hairs. This is where Sallehy’s triple-pull method comes in: instead of “pulling” (as in stroking the wax to bind to the hair) a single time, she recommends doing this three times in order to get each and every hair bound to the wax. Once you do the triple-pull method, immediately pull off the piece of wax in the direction of hair growth while your other hand is gently tugging at your skin — and voilà!

It may take on a few more seconds than your waxing routine, but Sallehy says it’s essential for making sure you get a clean, hair-free feel on your skin each and every time you yank off the wax. Remember — practice makes perfect.

Once you pull off the wax, don’t just throw it away — Sallehy says you can keep using the same ball of wax until it starts to lose its tacky texture and dries out (which will look white and pasty).

As she says, “You can just keep reusing this [same ball of wax] until it's not holding together. The better you get at the technique the longer you can reuse the same lump. At the beginning, you might reuse the same wax ball around four to six times, but when you get to an intermediate level you might use it up to 10 times. Then once you get a couple of jars (which is usually what sugar wax is kept in, but can be stored in any glass container you please) under your belt you can reuse it for about two forearm’s worth of hair. Obviously the larger the surface area, the larger the lump you want to use. For perspective, eight and a half ounces can be about a six-month supply.”

ICYW: I usually sugar wax about every six weeks during the warmer months when I’m showing more skin. Since I’m a bit lazy, I buy sugar wax (my favorite is the Sugar Sugar Glow Goop), but if you’re looking to DIY your own batch you can follow my family’s simple recipe:

How To Make Homemade Sugar Wax:

Sugaring 101: Where To Find Sugar Wax

If you want to take the frugal route, you can make your own sugar wax — my own family has been doing it for decades, after all. But since I don’t have as much patience to make my own sugar wax like my amtis (aka aunts for those of you who don’t speak Arabic), there are a few pre-made options to choose from. And if you’d rather get a professional treatment done, there are tons of sugar wax salons for you to visit — Sugared and Bronzed in NYC is an excellent pick if you’re in the area (psst: they also have locations in California, Pennsylvania, Arizona, and Texas). But whichever route you go, I guarantee you’ll break up with your razor for good after switching to sugaring.