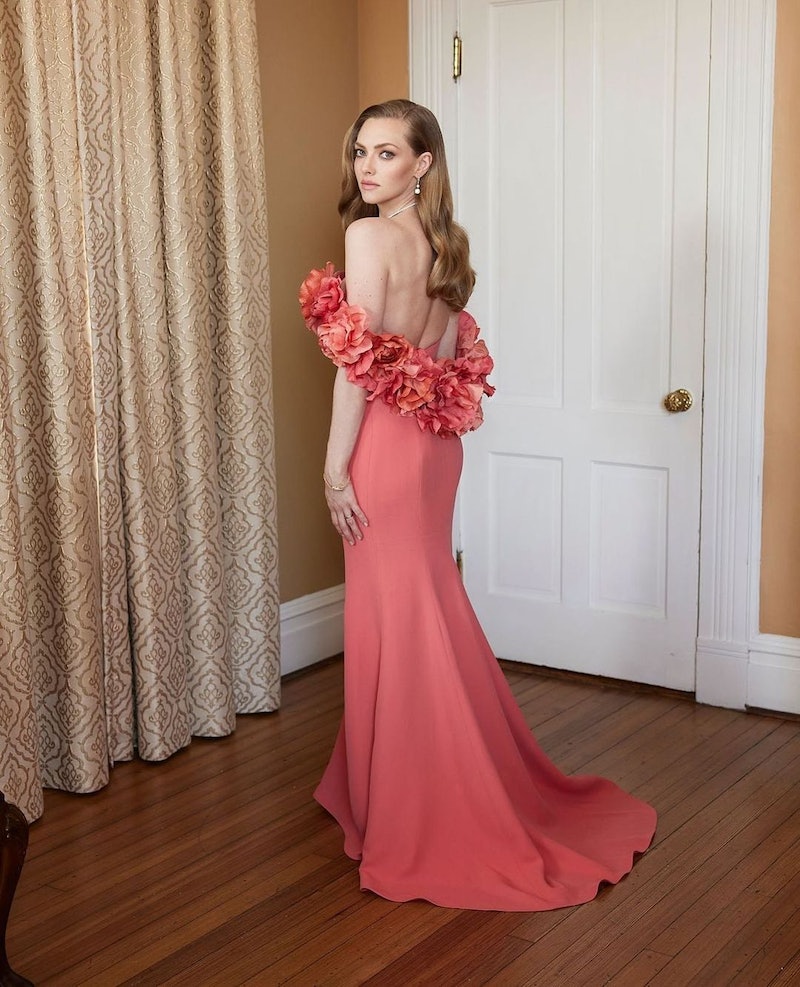 Even if you finally learned how to use TikTok, you might have a hard time keeping track of all the debates Gen-Z chat about on the app. Perhaps you heard about the whole 'flared leggings' term used to describe yoga pants. And, over the past summer, TikTokers began a heated debate over the supposed end of the side part, which has been embraced by millennials for decades now. Well, celebrities are proving that theory to be false. Yes, the side part vs. middle part argument is up for discussion, according to the 78th Annual Golden Globe Awards.

Here's a quick rundown on the debate to get you up to date. According to The Cut, "The part discourse reached its first peak last summer when Gen-Z TikTok user @Lady-Gleep made a declaration about hair division that’s now split down generational lines: 'Prove me wrong, but I don’t think there is a single person who looks better with a side part than they do a middle part.'" But, just turn on your televisions to find proof that a side-part is, in fact, alive and well. Case in point: Amanda Seyfried's golden curly locks inspired by glamorous 1940s Hollywood hair, courtesy of Fekkai's Artistic Director Renato Campora.

And that's just the beginning. To find sleek side-parts that made their way to the 2021 Golden Globe Awards, keep scrolling below.

Margot Robbie arrived on the red carpet with a side-part and slightly wavy strands.

While it wasn't quite as dramatic as other side-parts shown this evening, host Tina Fey took to the red carpet sporting the hair trend.

Gal Gadot's bouncy thick curls were complemented with a cool side part.