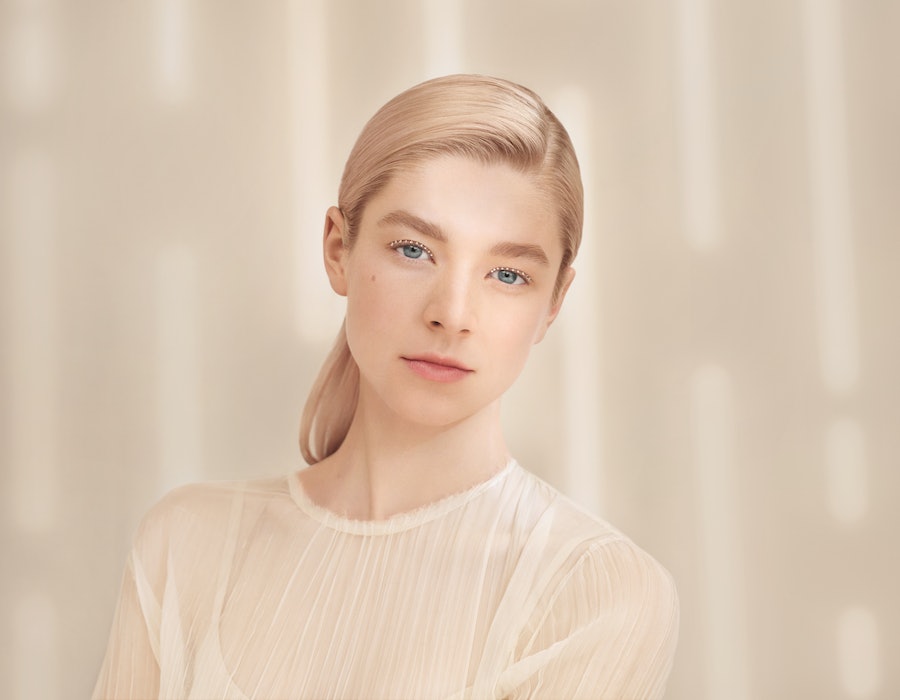 Although her acting debut may have been as the extroverted Jules Vaughn on HBO's Euphoria, Hunter Schafer has had a gravitational pull for creative innovation long before the hit show. In fact, the 21-year-old model and actor's allure grabbed the attention of major fashion brands like Dior, Miu Miu, Helmut Lang, and Marc Jacobs, where her angelic features and walk became a runway signature. And, in August 2020, Schafer's magnetism captured yet another major label — this time in the beauty space — when she became Shiseido's newest brand ambassador.

This role has officially been immortalized with the beauty brand’s newest launch, Synchro Skin Radiant Lifting Foundation. “When it comes to individuality and authenticity, Hunter is such a radiant light,” says Yoshiaki Okabe, SHISEIDO’s Chief Brand Officer per press release. “She mirrors our approach to makeup in that she uses it as a form of self-expression that has the power to lift the spirit and inspire others.”

For some, creativity is something reserved for hobbies, passion projects, or spare time. But, for Schafer, creativity is the focal point of her life. Whether it's sketching on her note-pad, reading her new book by artist, Aya Takano, or planning her next outfits based off of "cartoons and anime," Schafer's interests are essentially mood boards to her life both externally and internally.

This creativity translates to her beauty routine, too. Though makeup started as a vessel of survival or claimed "necessity," it now continues to bloom into something more, says Schafer. Alongside being another way the model chooses to express herself, it's also a medium for growth, experimentation, and self-revelation. "Ever since joining the [Shiseido] partnership and getting to play with products more, I feel like my experience and comfort with makeup has evolved in its own way," Schafer says in a Zoom press meeting with the brand. "It's given me a way to become more involved with not just makeup, but also myself."

In fact, makeup has somehow bled into another one of Schafer's outlets. "I'm a cartoon and anime junkie and a lot of my looks seem to defy gravity," she says. "I try to get as close as I can to doing that sort of defiance." She adds to this by explaining how a lot of her style is inspired by people who "move throughout the world with a sense of magic," citing Tilda Swinton and Cynthia Erivo. "Badass people like that."

As mentioned earlier by Okabe, Schafer is seen by many as a beacon of individuality and innovation. Being a forward-thinking spirit, one can't help but wonder what the model envisions for the future of the beauty industry. Youth culture is an impenetrable force that Schafer believes is moving the beauty standard into something "freer and experimental." The model notes that during a time where nobody is necessarily going out or dressing for an event, playing with makeup and beauty products is becoming more non-conventional and personal. "It's less about looking like one sort of beautiful or pretty person, and more about being yourself," she says.

So how do Schafer's journey and Shiseido's legacy intersect? Well, by the looks of the official campaign video for the new Synchro Skin Radiant Lifting Foundation (which has yet to be released, but was teased on Shiseido's Instagram page), quite beautifully. In it, Schafer and a cast of diverse models participated in an ethereal, body-bending dance to perfectly parallel the product's luminescent finish. Through twirls and "smizes" (an expression that means smiling through the eyes), Shiseido’s signature weightlessness and the foundation’s light optics were exhibited harmoniously.

And although a light-manipulating foundation sounds like the only thing needed during the new, virtual-meeting work culture, this product formula takes it up a notch. Aligning with Shiseido's legacy and dedication to weightless formulas, the foundation “acts as a filter for real life." Its properties minimize the appearance of fine lines and smooth uneven skin tones. When asked about she loves most about the foundation, a smiling Schafer responds with “I’m wearing it now and the light is hitting perfectly.”