How to get the hair look you really want. 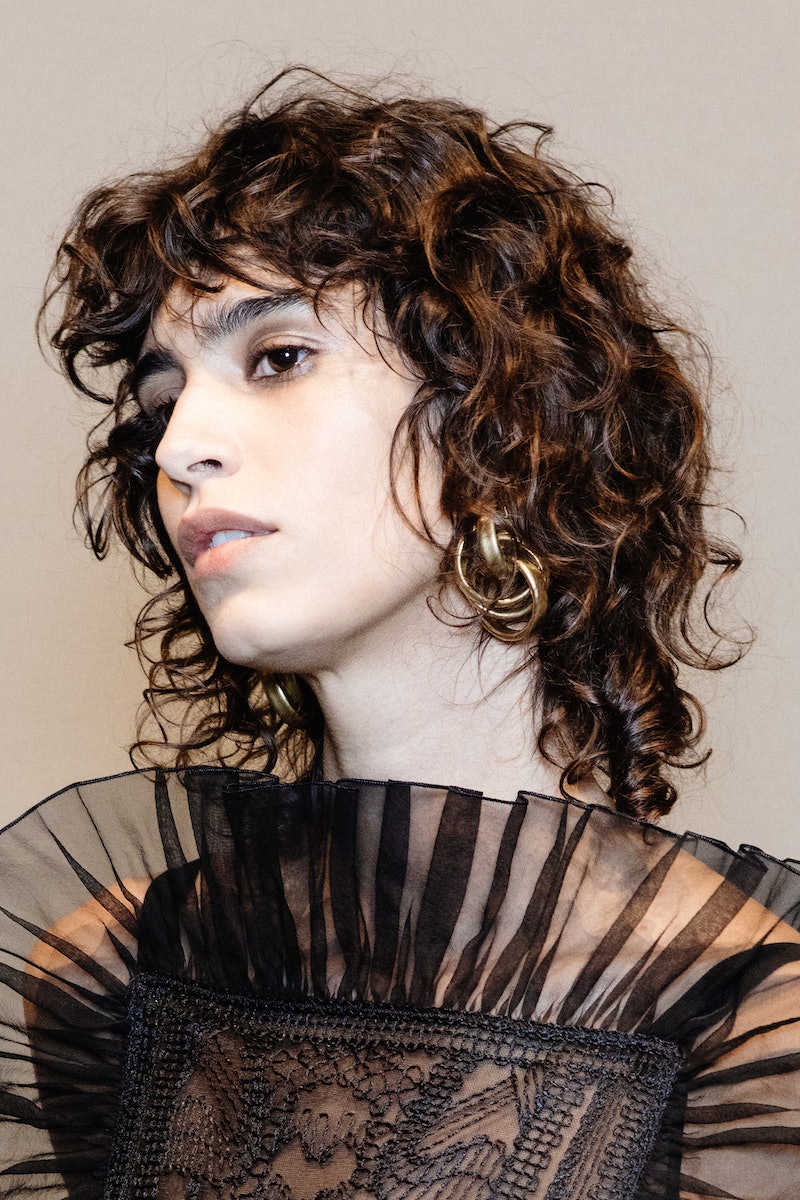 Hair styling technology has come a long way from the rollers your mom used to wear around the house. Not long after the initial launch of hot rollers back in 1930, Rene Lelievre and Roger Lemoine invented the electric curling iron in 1959. While the tool has certainly become a beauty staple throughout the last 60+ years, its tong-free younger sister, the curling wand, has also soared in popularity during the last decade, begging the question: When should you use a curling iron vs. a curling wand? Well, according to celebrity hairstylists, there’s a few scenarios in which you might be compelled to choose one over the other.

It’s easy to pinpoint the most obvious difference between the two. A curling iron has a clamp attached, while a wand doesn’t. Therefore, Paul Norton, a celebrity hairstylist whose clients include Demi Lovato and Idina Menzel, believes a curling wand is generally more user-friendly. He says that because a wand primarily comes in a stick form without a tong to clamp down the hair, “So, [when using a wand] you’re in control of the hair yourself, as opposed to letting the iron direct and sustain it.”

Norton adds that there’s really only one step for using a curling wand, which is wrapping the hair around it and holding it to the heat with your other hand. Comparatively, an iron requires you to wrap the hair around the tool, clamp at the base on the head, and turn the iron with your hand to create the curl. Additionally, wands are usually available in a tapered shape (one that starts out wide and then gets more narrow at the top), whereas irons aren’t. This shape allows you to achieve various curl shapes with one tool, as opposed to irons which might require you to use several sizes for some curl diversity.

When To Use A Curling Wand

In addition to its simplicity, a wand delivers a looser type of curl. “My preference is a curling wand for when you want a more relaxed and elongated curl,” Yene Damtew, a celebrity hairstylist who is responsible for former First Lady Michelle Obama’s hair, tells TZR. “Curling wands create looser styles that are in an S shape.” And according to all of these stylists, a wand works on all hair types — however, the length could be a deciding factor in which tool you choose. “As for length, I’d recommend mid-length to longer locks for [wands] as you get more ‘waves’ the more times you wrap the tresses around,” Matt Fugate, a celebrity hairstylist whose clients include Gugu Mbatha-Raw and Lana Condor, explains. But, if you do have short hair, not to worry — Damtew says they make mini wands designed for shorter locks.

Sure, a wand might seem pretty self-explanatory when it comes to how to use it, but, it doesn’t hurt to learn some techniques from the experts. Justine Marjan, a celebrity hairstylist who works with Ashley Graham and Khloé Kardashian, tells TZR, “For a more refined wave or curl pattern, hold the iron vertically and wrap hair away from the face, resting your fingertips on the non-heated tip of the wand. Wait for a few seconds for the hair to heat up then release and repeat on one-inch sections. For more texture in your end result, alternate directing the hair towards and away from the face with each piece.”

When To Use A Curling Iron

So if a curling wand is so versatile, why would you be compelled to swap it for a more traditional iron? While they might not be as revered as wands these days, an iron still remains a must-have hair product, according to the pros. For one, Fugate says an iron will deliver more consistent curls throughout your hair since the barrel is all one size (compared to the tapered effect of a wand).

“[An] Old Hollywood glam style would be the best example of the potential possibilities of a curling iron, as well as touching up natural curls hair with the iron that best matched your curl size,” Eddie Cook, a celebrity hairstylist who works with Lucy Boynton and Maude Apatow, adds. You’ll also find a wider range of barrel sizes, from 3/8” pin irons (which are ideal for creating a super tight, ‘70s brushed out curl) to 2” iron for a soft, wave.

Cook explains that, like a wand, a curling iron works on all hair types, but, he notes that the tool could be a better option for those with naturally curly hair or who have lots of frizz. “A curling iron over a wand will help add more polish and smoothness as the hair passes through the heat on all sides helping to smooth down the cuticle.” Marjan also adds that an iron can be used on all hair lengths (although a smaller barrel size would be more suitable for short hair).

Because a curling iron can offer endless outcomes for your hair, Marjan says there’s not really a one-way approach to using them. “Sometimes I use the iron like a wand but drag the clamp down the roots first to smooth and through the ends after each piece for a more polished finish,” she explains. “Sometimes I wrap and twist the hair around the ghd curve classic curl 1 inch iron for more on a textured, beautiful finish. Sometimes I’ll wrap the hair and pin to cool for a more classic brushed-out finish.” Ultimately, the choice is up to you!

All in all, both tools come with their own benefits. But if you’re shopping for a new tool and are choosing between the two, a curling wand is best for those who want more freedom in styling the hair. And according to Marjan, a curling iron is great for more of a classic set and longer-lasting curls (thanks to the more uniform exposure to heat).

Now that you’ve received a crash course in curling irons vs. curling wands, find the best options for each below.

When it comes to curling wands, Fugate recommends T3's Interchangeable Styling Wand. "This way, you get a ton of looks and the iron itself gets crazy hot, and adds the most sealed and shiny results I’ve ever seen an iron get," he says.

Creighton Bowman, a Los Angeles-based hairstylist, suggests purchasing a curling wand from BaBylissPRO. “They make reliable tools and [are] the best in the business,” he tells TZR. “When working with hot tools, it’s best to use a reliable company as it’s easy to damage your hair. Their technology is on-point and quite safe for the home user.”

“I love the ghd Curve Classic Wave Wand for the perfect relaxed wave that can sometimes be hard to achieve with a curling iron,” Marjan explains. “The flatter, oval shape of the wand creates the perfect soft wave in little time.”

When you’re looking for more bounce and texture, Marjan recommends ghd’s Curve Creative Curl Wand. “It gives lots of movement and beautiufl waves to the hair due to the tapered end,” the hairstylist says. “It’s also nice because you can customize the way the waves and curls will look depending on where you wrap the hair around the wand.”

For curling irons, Fugate recommends Hot Tools as he says they are affordable and reliable. Try the brand's Signature Series Gold Curling Iron/Wand, which according to its product description, delivers long-lasting results.

Drybar's The 3-Day Bender Digital Curling Iron is made with a rotating clamp, which its product description says creates curls in half the time of a traditional iron. Additionally, the ionic technology works to reduce frizz and make hair shiny.

Made with moisturizing heat, Bio Ionic’s Goldpro Curling Iron locks in the hair’s moisture to create long-lasting waves. If you’re eager for beachy waves, this 1.25" round barrel will give you just that.

For those with short and medium length hair, Marjan suggests ghd's Classic 1 Inch Curling Iron. The expert says this tool creates texture in the hair. Featuring a 1" medium barrel with spring activated ergonomic lever, your curls will be consistent (even on short hair, the product description claims).