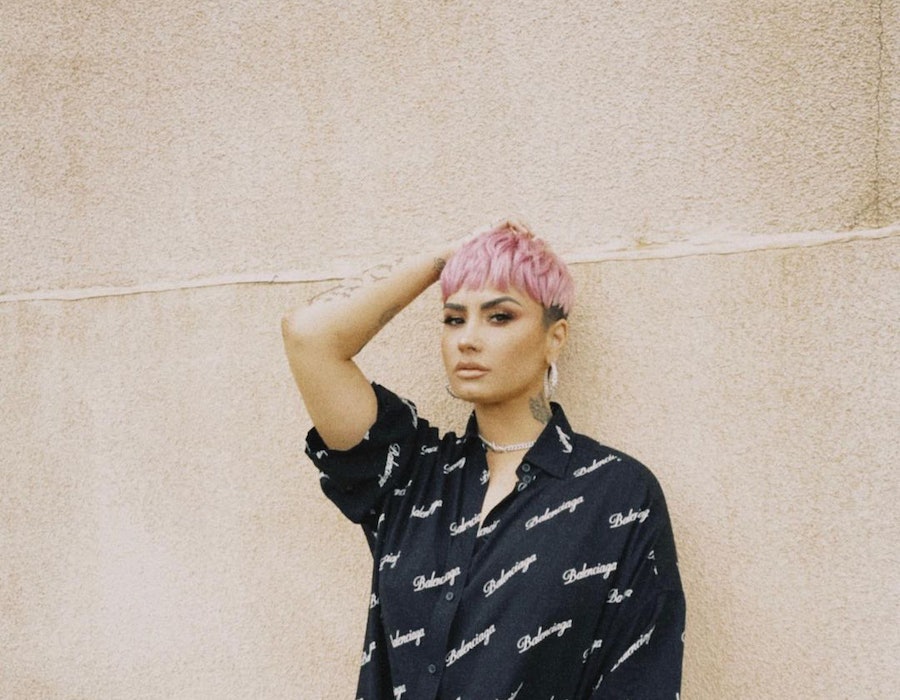 “There has been so much that I’ve wanted to say, but knew I had to say it right,” Demi Lovato recently wrote in an Instagram post teasing her new documentary, Demi Lovato: Dancing With The Devil. Streaming free on YouTube starting March 23, the docuseries will cover the singer’s journey with her health and her experience with addiction through interviews with Lovato herself and her loved ones. “I’m so excited to finally share this story with you that I’ve held on to for the last two years,” she continued.

Through a four-part series directed by Michael D. Ratner, the documentary covers the time leading up to the 28-year-old’s overdose and hospitalization in 2018, and how she’s moving forward. It follows a previous documentary released in 2017, titled Demi Lovato: Simply Complicated, which also delved into Lovato’s life and road to sobriety. Yet in her forthcoming series, the star is more candid than ever. As the creators revealed in a statement according to Parade, Dancing With the Devil is “an honest look back at some of the most trying times in Lovato’s life as she unearths her prior traumas and discovers the importance of her physical, emotional, and mental health.”

The documentary is in part a chance for Lovato to set the record straight about her overdose and her life; as Ratner told CNN in an interview, “When you're at Demi Lovato's level, you're not going and responding to these false headlines. And I think that that was very difficult then, but she didn't respond to any of them,” he explained to the outlet. “There was a lot of misinformation out there, and this was her opportunity in her own words with her family, friends, and those that lived it to tell the truth.”

Yet it’s also a chance for the actor to shine a light on the importance of mental health — a topic she’s long been vocal about. “I think a key takeaway in this film is really just it's okay not to be OK and seek help if you can,” Ratner continued to CNN. “Outside of provoking a dialogue on these things and taking some of the stigma out of it, our hope is that people don't just live with these thoughts in their head in isolation, and instead realize that it's totally fine to speak about it and they should.”

Demi Lovato: Dancing With the Devil will air over the course of four weeks on YouTube, starting with its debut episode on March 23.

If you or someone you know is seeking help for substance use, call the SAMHSA National Helpline at 1-800-662-HELP(4357).