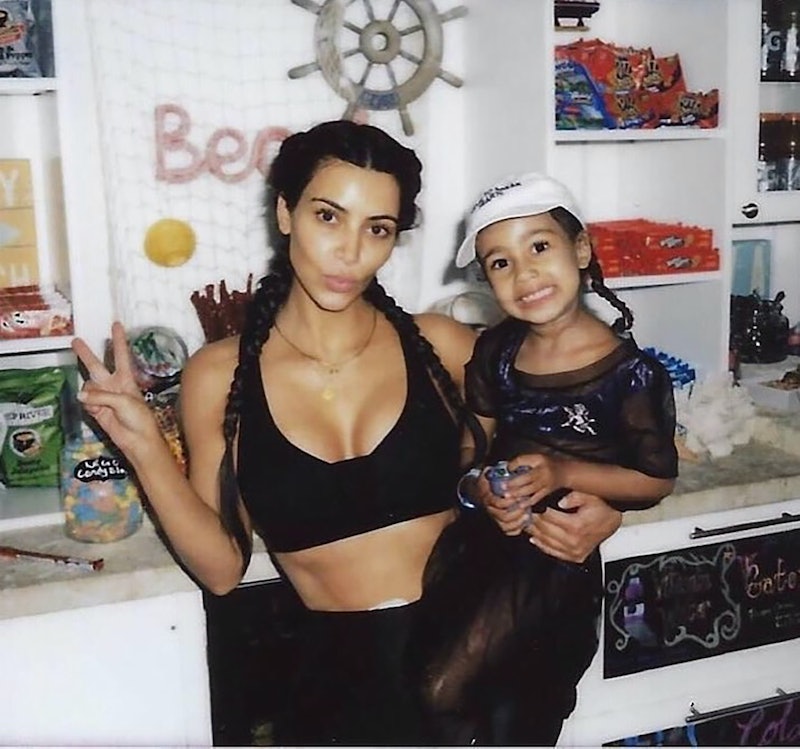 Kim Kardashian West is known for basically being the queen of all things glam. Her makeup and hair are always done to the nines, and she now has a beauty empire under her belt that isn’t slowing down anytime soon. Apparently, the apple doesn’t fall far from the tree, as it seems her daughter North West is a budding beauty guru herself. Kim says she often catches her daughter playing with her aunt Kylie’s lip kits and has creeped into makeup artist Mario’s kit on more than one occasion. But that doesn’t mean that Kim is actually letting North leave the house in makeup just yet (the kid is only four!). In a recent video tutorial with YouTube star Desi Perkins, Kim shares that she thinks she’ll let North start wearing makeup when she’s 12, which is around the same time she started testing the waters, as well. She goes on to confess that she experimented with turquoise shadows and matching strands of faux turquoise hair that she’d clip in for a monochromatic look—those were the days. Watch the video below for their full chat and makeup transformation.