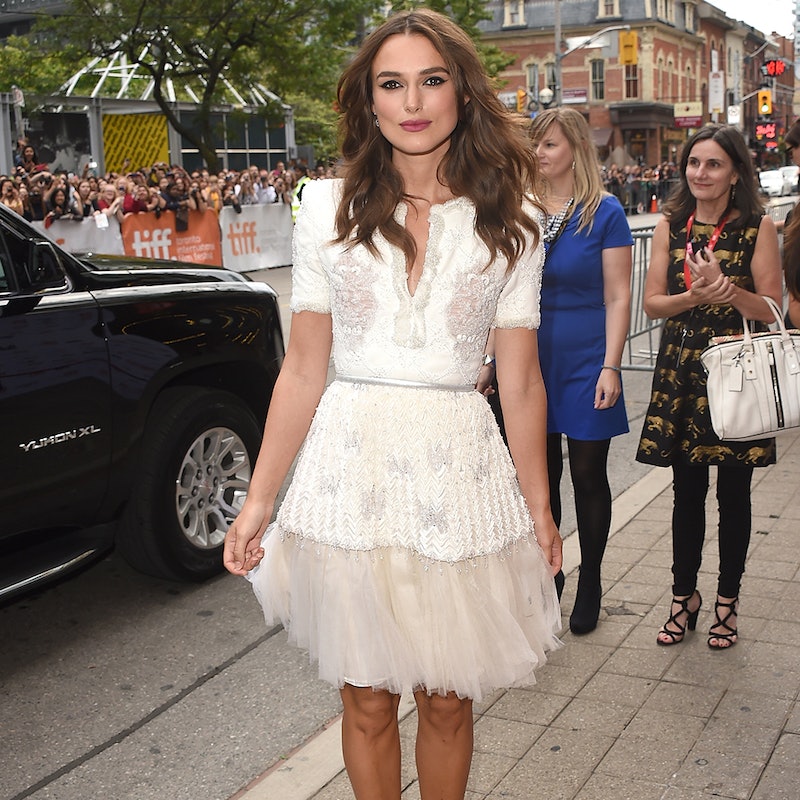 Keira Knightley became everyone’s brunette-haired icon when she starred in the break-out role of Elizabeth Bennet in Pride and Prejudice. Her acting career quickly took off, and thanks to a wide range of parts, she was spotted sporting everything from blonde waves to blunt bangs to a pixie cut. Despite working with some of the most talented hairstylists in the business, the multitude of changes took a toll on Keira’s hair, even though her locks always looked nothing short of perfect. In an interview with InStyle UK, she finally spilled her secret.

“I have dyed my hair virtually every color imaginable for different films. It got so bad that my hair literally began to fall out of my head! So for the past five years I’ve used wigs, which is the greatest thing that’s ever happened to my hair,” she told the magazine. Yes, the woman with envy-inducing brown waves has actually suffered from hair loss, and used wigs to protect her locks and conceal her struggle. A lot of us will eventually suffer from thinning hair or hair loss in general, so its comforting to find out that we aren’t alone, and more importantly, that wigs are a great interim solution.