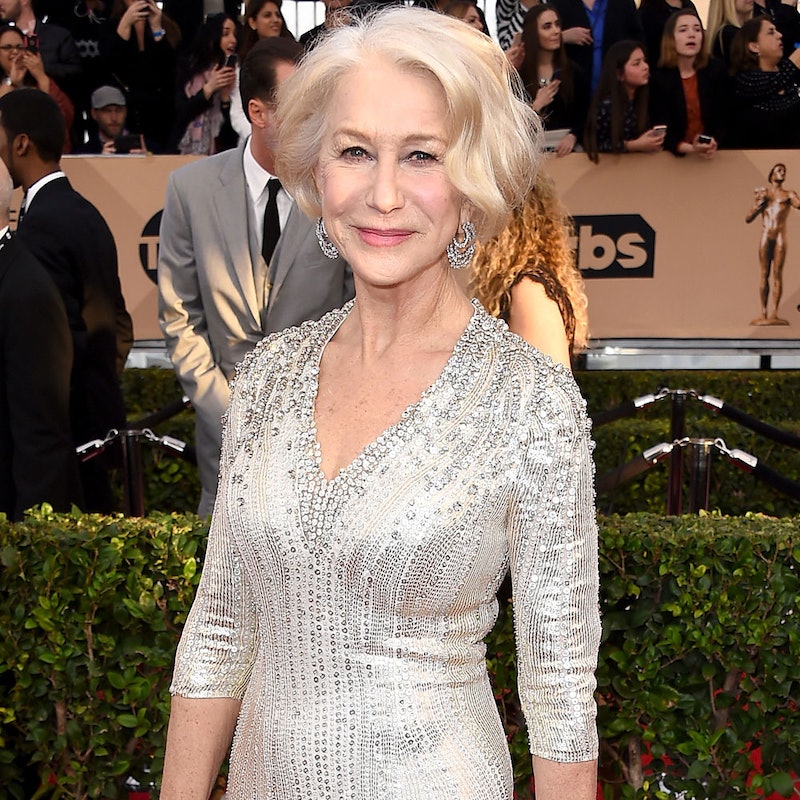 Age is just a number…except when you’re a woman and over a certain age. It’s not a new conversation, but sadly it’s one that we still constantly have, so we’re pretty pumped that Helen Mirren is speaking up in the best way possible. In an interview for Allure‘s September 2017 cover story, the dame, who recently celebrated her 72nd birthday, explained that she does not want to be defined by that number. “If people treat me like the age I am, I get absolutely insulted, really cross,” she said. “I hate when people give up their seat for me. No, no, no. I don’t want your seat.” It’s not because she’s trying to act as if she were 30 years younger; the Hollywood veteran simply seeks to change our stereotypes on youth and aging. She embraces skin care and doesn’t judge women who elect to get cosmetic procedures—a true forward-thinker in today’s age-shaming society. “Anyone should be able to do what they want,” Helen added. “If they look in the mirror and go, ‘I look good’ and go out in a positive way—I don’t want anyone to feel miserable.” And if there was any advice she’d like to share with her younger self? Take note, as the star revealed she wish she’d said “f*** off” more often. “In those days, you had to [be polite],” she told the magazine. “It’s hard to explain how difficult it is to overcome the culture. You become a voice in the wilderness.” Ultimately, that’s exactly what she’s become: a voice for women who will no longer be defined by a number. Thanks, girl, because we have all been thinking it.

And of course, some sage words from the dame herself: