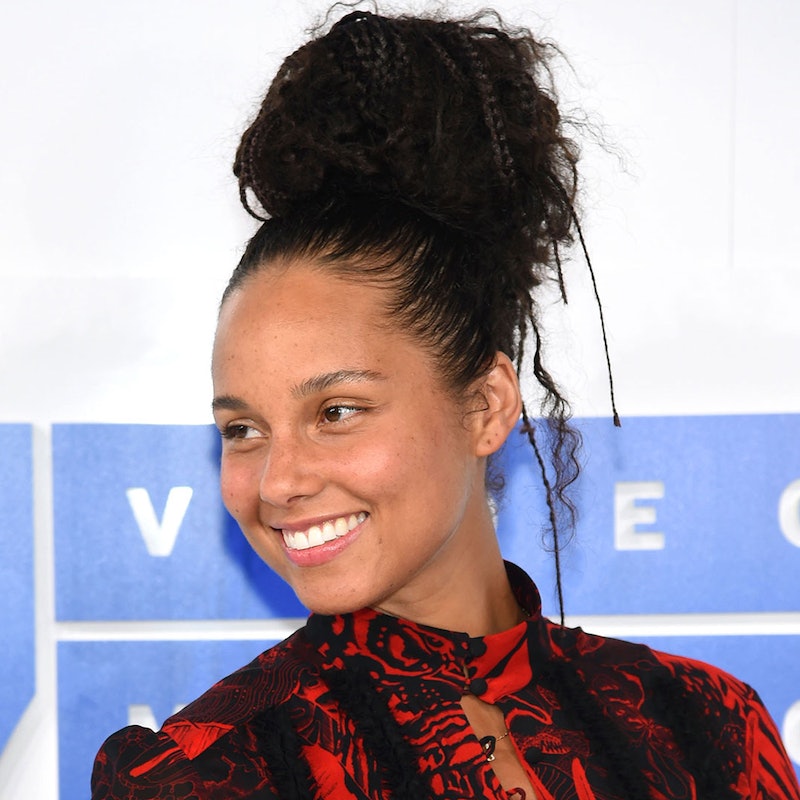 Awards shows bring a lot more glitz and glam than a typical celebrity-night-out. Our favorite It musicians and actresses may spend months prepping for the red carpet, whether it be working with a stylist, getting beauty treatments or generally upping their wellness regime. Last night at the MTV Video Music Awards, we saw a lot of gorgeous smoky eyes, wavy hair and bold fashion. To stand out from the crowd, you might assume it would take something drastic, but that wasn’t the case for Alicia Keys.

She continued rocking her statement makeup-free look (which she debuted at this year’s BET Awards and wore while performing at the Democratic National Convention), and she was stunning. It all began in May when she penned an emotional essay for Lena Dunham’s Lenny Letter describing the pressures the entertainment industry puts on a woman’s appearance, and how living without makeup is both liberating and powerful. “I swear it is the strongest, most empowered, most free and most honestly beautiful that I have ever felt,” she wrote.

Fellow vocalist Alessia Cara also showed off a fresh face last night while performing during the VMAs pre-show and attending the awards. No word if her decision had any correlation to Alicia’s, but perhaps there could be a new red-carpet tradition at hand. It could be a huge step in changing the way women feel about their natural beauty and helping them learn to love the skin they’re in.

Freshen Up Your Face